Written by: Earl Foster in 1996. Earl passed away in January 2007, taking with him a piece of our history.

It all started when I enrolled Ken & Doug in Erindale Lions Little League.

I met Don Blair and said if I could help in any way give me a call. He nominated me as a coach and put my name up for a vote as treasurer which I became! Each month the executive of E.L.L.L. met at Erindale Town Hall. The November 1969 meeting featured Ken Evans, the person in charge of building a new ballpark suitable for tournament play.

A Catholic church had been built to our north, Erindale L.L. asked the builder to stockpile the top soil as our field had numerous low spots. The top soil had laid beside the church for a number of months and the priest said if we didn’t move it now they would have it hauled away. Ken Evans had talked with some contractors but had yet to get one to move the soil. I spoke up saying I could get a contractor right away. I was given the OK to go ahead. I contracted a good friend and customer of Marathon Equipment where I was employed. Joe DiMarco of Dufferin Construction and I met on the frozen field of Erindale Park and surveyed the situation. I agreed to let Joe tear down the wire backstop so that his equipment had clear access to the Ball Diamonds. Dufferin Construction is a concrete Highway builder and their season had come to an end. So Joe came with bulldozers and graders and moved the soil covering the entire field. It was rough graded. In March Joe came back and fine graded the field to 1/8” tolerance.

Now it was time to sod the ballpark. I called Ontario Sod Growers Association and got the name and phone number of the President   Mr. Mil Smilskey.  I told him who we were and what we wanted. He interrupted me saying, “I am the outgoing president. We are having our annual meeting tomorrow at 8 am at the Holiday Inn. I’ll give you 20 minutes to make your sales pitch to all of our members”.  I thanked him then called Chuck Brown our president with the good news. Chuck said he would like to attend the presentation. So I let Chuck be our spokesperson. We were then led to an adjoining room and asked to await the decision of the members. Mil Smilskey gave us the bad news 20 minutes later. The members were afraid of setting a precedent for future “handouts”. I went home and wrote a thank you letter to Mr. Smilskey and asked him to quote a price for enough sod to cover a Little League Ball Park. This was in December, 1969.

I never heard from Smilskey until April 1970. I was conducting an umpire school at Erindale Town Hall when the custodian interrupted saying there was a phone call for Mr. Garbig. It was my wife, Helen. She had a phone call from Mr. Smilskey saying he wanted donate sod to Erindale L.L., she thought it important enough to interrupt the meeting. So on the last Saturday of May, 20 volunteers were gathered to lay sod and 11 truck loads were needed to apply enough sod. At the end of the day, Rob Lee invited everyone to his home for lobster and beer. Earl Foster worked for Fisher Food Company. He had a phone call to go to Toronto International Airport and intercept a shipment of lobster tails that were destined for Edmonton, Alberta. The company felt that the lobster would become unfit for human consumption if they went further than Toronto, so we all enjoyed a huge lobster fest! Afterward we all fell asleep, exhausted from the sun and backbreaking adventure of the day.

Now for the fencing. An acquaintance from the Toronto Board of Trade Golf Club was General Manager of Frost Fence Company. I asked him for 800 feet of 4 foot, 11 gauge fencing. He didn’t have 4 foot fencing but had a lot of 6 feet used fencing which he could give to us. Little League required a fence no higher than 4 feet. He said it would be an easy task to cut 2 feet off. So the fencing was delivered to Marathon Equipment and a number of volunteers laid out the fencing in long lengths in the aisles in the warehouse. The 4 feet fence was sent to Dominion Foundries and Steel for re-galvanizing. Frost Fence installed the like new fence with two large gates.

One Saturday afternoon in June Ken Evans came to my house to discuss the erection of the Clubhouse. Would we use wood, steel, concrete block? We were watching a ball game from Wrigley Field in Chicago. Red brick walls enclose Wrigley Field. Brick is eye appealing. Yes, we would use brick for the club house and two dugouts and two walls to connect the building and the dugouts. I went to Canada Brick Company with architects drawings and plans. The general manager said he had an excess of Jumbo Brick and he looked at the plans and said we would need about 10 thousand brick, “let him know when and where it was to be delivered.” I asked the Erindale Lions if they had a member who was a builder. Yes they said and we were introduced. We did not have blueprints but he thought the drawings and plans would be ok. I went to the Town of Mississauga to get a builders permit. I found if more difficult than I anticipated. We eventually got the permit and construction was underway.

The Mississauga Times wanted to donate a scoreboard. I told them a group of technicians for the Bell Telegraph volunteered to build an electronic scoreboard, but for $500. 00 we would install a bronze plaque on the wall of the first base dugout. They gave me a cheque for $500.00. I then went to see the manager of Sheridan Mall. I showed him drawings of the clubhouse etc. He looked at a drawing of a dugout. “What’s that?”  I explained its use and said for $500.00 we would install a plaque of appreciation to the merchants of Sheridan Mall. I walked out with a $500.00 cheque.

The Clubhouse had an equipment storage area, two washrooms, a press box where volunteer teenagers worked the levers and knobs of the electronic scoreboard. On the east side was the concession area where you could enjoy hot dogs, sodas and popcorn.

Through the efforts of Chuck Brown, we were awarded to be hosts for the 1974 Canadian Little League Championships. The City of Mississauga voted   Erindale Lions L.L. the 1974 sporting event of the year tied with Mississauga Golf Club who hosted the 1974 Canadian Open. Later a sprinkler system was installed. Ron Nolan, an Erindale volunteer was responsible for the installation of Field lighting allowing us to play ball until 10 pm.

Last Chapter!  About 6 months upon the completion of the clubhouse, the contractor pressed us hard for payment. Although 99% of the materials were donated, labour was not. Bricklayers, carpenters, plumbers and electricians cost us $19,000.00. We did not have the money. We knew the town of Mississauga had worked in favour of supplying and installing lighting equipment at the ball park at the sum of $20,000.00 allotted for this project. So that evening I called the mayor of Mississauga with a proposal. He invited me to his office the next morning. We wanted Mississauga to give us $20,000 in exchange for a promissory note which stated that Erindale Lions L.L. would supply and install lighting equipment. That after 24 months, it had not done so, Mississauga could hold liable any and all persons whose signature was laid out on the bottom of the note for repayment. He thought the request rather unusual but it could be worked out. The General Manager was called in and asked to prepare cheques payable to our creditors and bring them to his office next morning. The cheques were totaled and a cheque from the town of Mississauga payable to Erindale LLL was made out in the same amount. He held the cheques and said they would be mailed from his office this day.

My apologies for not remembering the names of so many donors.  The writer does remember making a list of the names and if Ken Evans could remember where the list is, it would be attached to this narrative to make it complete. 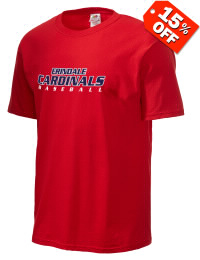 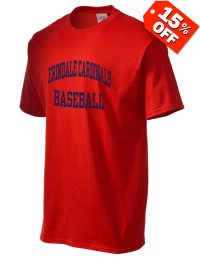 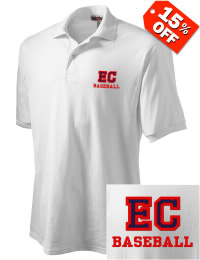 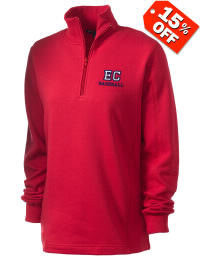 Every purchase benefits the Erindale Cardinals

Every purchase benefits the Erindale Cardinals