I'm SORRY....where are my manners....Welcome everyone to our Dirtbagz REC BALL web - site, hopefully I can entertain you for a minute of your day.....HAVE A GREAT DAY!!!!

We came in and made simple mistakes, it cost us 2 runs.....but if we keep our focus, don't let the game speed up, we can slow it down and get back into it.....our at bats were not good at start, we tried to do too much, tried the "hero" approach, and it kept the Thunder out front 2-0 after 1st inn....Ayo was dealing.....a rather harmless 2nd inn, we came back in down 2 runs....Ayo once again made quick work of them in the 3rd, but this time our defense helped our offense.....after a lead off walk, a 1b followed runners on 2nd and 3rd, routine ground ball to KFC, she goes after lead runner, what we failed to do was establish a throwing lane, the result, safe at 3rd, safe at 1st, and JellyBean winds up with a fat lip...while tending to JellyBean we record out #1.....as I came back to 1-0 count, we got their pitcher out front on a change up , lazy fly ball to Shark Bait about 110 feet, she catches it, they try and tag up, she gets hosed by 15 feet at home, not the smartest move, but I have always felt we can out Coach these guys, and they just proved me right, 3 down and LADY MO back with us even as we are losing 2-0....Sarai lead off with a walk, stole 2nd and got to 3rd on a 179' sac fly, fence was at 180......Shark Bait then tattoed a lazer that never got more than 6 feet off the ground but traveled 185' for 2 run Home Run.....we are back in it, too bad it wasn't a 2 inning game.......2-2 after 3....we once again dropped routine fly ball, 2 ground balls later it's 3-2 them, but plenty of time on the clock, and we usually catch a pitcher 2nd time through.....Hollywood hammered a 1b....Dynamyte follows with 4 pitch walk.....Mariana after taking 2 bad swings, 1bs up the middle to load the bases......then it was "Hammer Time".....after a high pitch for ball one, Heaven fouls off strike one, 1-1 count and BANG!!!!! 200 foot BOMB!!!!!!! Could not have come at a better time, I was talking to parent about Shark Baits Home Run not having bounced as he claimed it did, he said it bounced once to get over, I told him he was wrong, it bounced twice and hit the infield clay, .....on field #3 about 275 feet away.......as I was saying this, the blast off Heaven Can Wait's Bat.......I told him I owed him a tape measurement to find exact count as I didn't want to be caught stretching the truth...... just before Heaven brought out the hammer....she was frustrated she popped out, as she reached first base I simply told her, "don't worry, you'll get the next one"....I didn't expect the next one to be a Grand Salomi.....man Indio is going to hate PS Softball, hopefully next crew through here will be as competitive as you girls have shown...though there was still 20 minutes on the clock, the game was over, their body language looked like ours on Sunday...it can happen to anyone, we saw it a few days ago, and now it was their turn.....we had huge performances by our girls.....Ayo 79 pitches and 1 earned run......Shark Bait line drive home run....Mari line drive that almost took glove of shortstop to left field, she wanted nothing to do with it...Mariana huge defensive out at first base, even though she tripped?? stumbled??? fell??? rolled??? how ever she did it, she got the out...Shark Bait double play to keep them in striking distance....Hollywood coming in for injured Jelly Bean in 3rd inn and slapping 1b to left....Dynamyte reached on a 1b and a walk......Heaven hitting monster MOON SHOT!!!!!! Sarai lacing 1b......Mari recording out at first with bases loaded....we all did our part to make it a positive result, "do your job" and the rest will take care of itself.......JOB WELL DONE!!!!!

***Side Note*** I run into players all the time around softball fields, in Coachella I ran into former Thunder player, she told me High School was fun, and All Stars not so much, all she heard was how they should beat the "Lil Sluggers" as we weren't that good.....yes, play the game the right way, never disrespect the game, and even players we played against let us in on other Team's motives....I don't mind losing......I just always hope we get something out of it......if we learned from Sunday, it's to never take anyone for granted......I also over heard conversation I wasn't supposed to hear on Tuesday night...it will never surprise me how big a bulls eye you girls play with when you win at a high rate, and that is simply R E S P E C T !!!!!! Job well Done...... 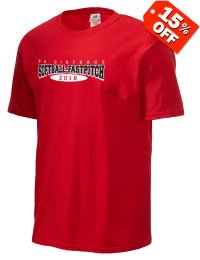 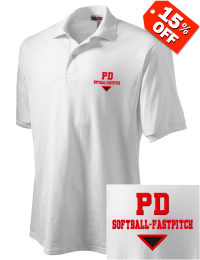 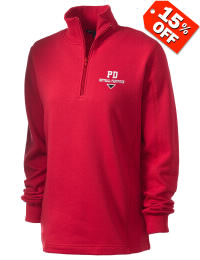