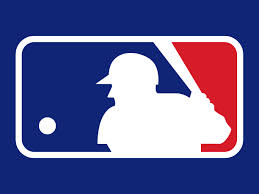 Perhaps the best game of the year so far, these two teams fought hard in this one. The game was going by fast until the bottom of the second inning when Evan Cross hit his first Cubs home run this season, driving in three big runs to take a 3-0 lead. Down to their last strike with two runners on in the top inning, the Cardinals responded with a monstrous 3-run shot to stun the Cubs and tie the game at 3 a-piece. Few pitches later, the Cardinals took the lead with a bomb to center on a high fastball to take a shocking 4-3 Cardinals lead. Going into the bottom of the third, the Cubs tied the game with another HR, making it a 4-4 game. The game went into extras and the Cardinals nabbed the lead in the fifth inning to score a total of six runs to make it 10-4. The Cubs would score a run in the bottom of the fifth but that was it for them. Stephen Cross would hit across for 14 hits and three homers for the Cardinals in this one, making it 7 HR’s on the season. Evan made his Cubs debut with two homers and showed some pop but not enough to topple the Cards. Stephen again was great on the mound, going 5.0 innings, allowed 4 earned runs, 8 hits, and a incredible 15 strikeouts!

Cardinals (2-0) will be playing as the home team in their season finale against the Phillies (0-1) as the defending World Series champs look to go 3-0 on the season! With the win tonight for the Cards, they have almost guaranteed a third trip to the postseason.

Cubs (1-1) will play a very good Marlins team (2-0) next time out on the road. The Cubs still look like they will make the playoffs as long as they keep the bats hot and pitching dirty. The Cubs are currently in a Wild Card position.