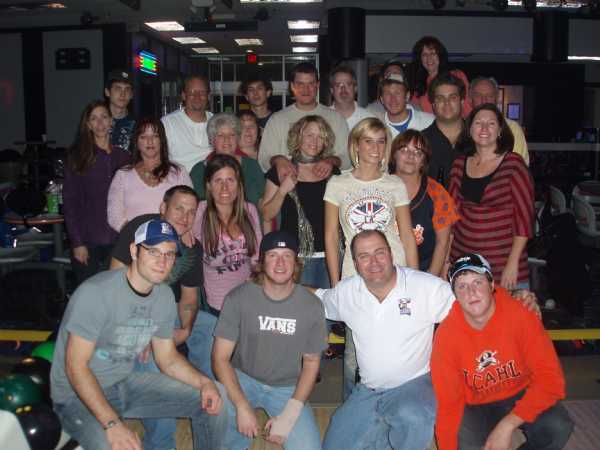 The Detroit Moose made an assist on the goal of raising awareness and funds for the Autism Speaks benefit held on Friday October 2nd 2009 at Plaza Lanes in Plymouth, Michigan.

The Moose and their families supported a fundraiser to help Joshua and the Autism Speaks Initiative in their continuing effort to give back to the community. The benefit event that took place included two games of 9 – Pin No Tap bowling and plenty of fun. Team members invited many family and friends to fill lanes and polish off the pizza and soda provided at the event.

“It not only brings us closer together as a team, it allows us to give something back to the community, in which this team was built on” said Steve Cloutier #5 of the Moose.

A few of the players on this year’s Moose team are new to the experience of giving back to the community. “We wanted to start the season off with an example of what we are all about.” said Captain Derek Fowler. “We are a team playing as one on the ice and unified as one giving back off.”

In addition to the $20 person donation to the event, it featured a silent auction.

Among items up for bid were:

> Harlow tire of Westland donated an oil change and a front end alignment.

Tickets were sold to raffle off many gift baskets, massage gift certificates, and sundry items in addition to a 50/50 raffle. A total of just under $3000.00 was raised from the event will help earmarked for the National Walk Now for Autism Speaks.