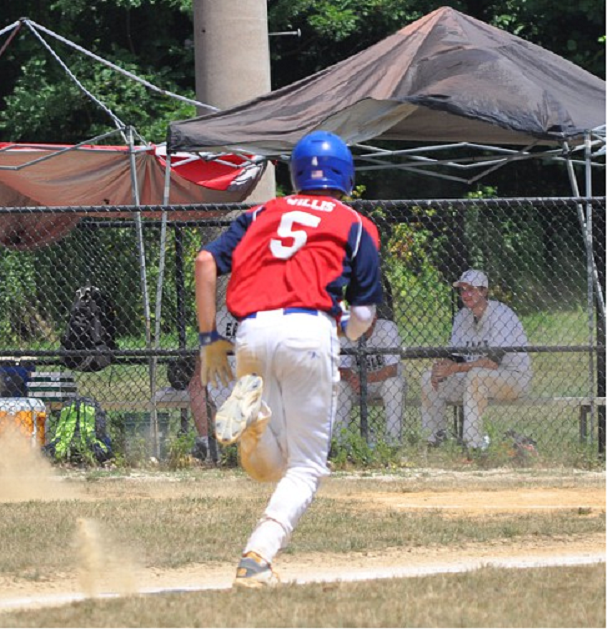 ANNAPOLIS, Md. — Jake Willis of Calvert High School (Prince Frederick, Md.) is the 2017 Ronald B. Majette AAU Maryland Baseball Player of the Year, as announced earlier this week by the Maryland district of the Amateur Athletic Union of the United States© (AAU).

Willis is the fourth AAU Maryland Baseball Player of the Year to be chosen from the 19U Maryland RBI advanced skills development team.

Willis was two years younger than most of his teammates, most of whom play college baseball. Undeterred, Willis progressed with skilled play and determination. After a few games, he was a shining talent in the league.

“It’s an honor to announce Jake Willis as the 2017 Ronald B. Majette AAU Baseball Player of the Year,” said Mike Graham, Maryland RBI general manager. “He’s smart and creative in his game, and an intuitive player in all phases of the sport. He brings his entire team up with his significant effort and positive attitude.

“Jake is probably the most unselfish and joyful player I’ve ever watched,” Graham said. “He makes the game look easy. In general, he elevates the play of his teammates by his presence.”

The selection process is administered by the Maryland district of the AAU to determine the winners in each AAU sport, including baseball, basketball, cheerleading, football, golf, jump rope, martial arts, swimming, volleyball, and other sports.

The Maryland AAU Baseball Player of the Year is named in memory of Ron "Mojo" Majette, for many years the leader of Fort Washington (Md.) area youth baseball, including AAU, Big League and Little League teams. The honor is presented each year.

"It is humbling to think about all of the people that have allowed me to live out my dream," Willis said. "When you think about the hard work you put in to get where you are, you realize there are a lot of people along the way that help get you there, and I am eternally grateful for all that support.”

"I liked what they have going on. You could get that feel, just by watching them, that they were a band of brothers. For me that was huge. I wanted to be a part of something special," Willis said. “I've been fortunate to be a part of teams that had phenomenal cultures, players and coaching staff and once you're a part of that, you wouldn't want to be anywhere else.”

Willis credits his dad and mom for their continued support as well for where he is today and where he is headed in life. His sister played college softball.

The banquet, attended by over a thousand AAU participants representing Maryland’s 22,000 AAU athletes and volunteers, is the highlight event of the year for the Maryland district of AAU. The annual event celebrates those who have distinguished themselves in AAU competitions and remembers the team and individual triumphs and great moments shared in the past year participating in AAU sports programs.