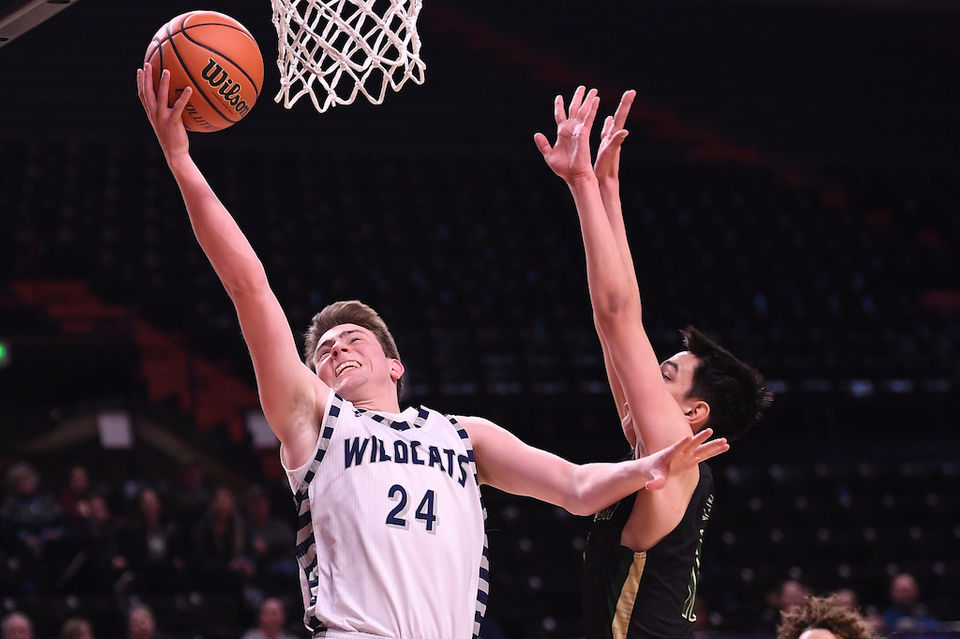 By Jarrid Denney | For The Oregonian/OregonLive

Photos by Leon Neuschwander, for The Oregonian/OregonLive

CORVALLIS — Jack Roche can remember every detail from the last time he stood on the Gill Coliseum hardwood.

Until that day, all Roche and Wilsonville’s four other seniors had ever experienced was winning. They earned state championships in 2016 and 2017 and were considered heavy favorites to win a third consecutive title last year before a gritty Thurston squad shocked them in the state title game.

Nearly the entire squad from that game is back for the second-seeded Wildcats, and they have been on a rampage all season as they aim to return to the state final for the fifth consecutive time and avenge last year’s loss. They took the first step in that journey Wednesday as they topped No. 10 Pendleton 70-40 in the quarterfinals of the 5A state tournament.

Roche was one of four Wilsonville players who scored in double figures, and the outcome was never in doubt as the Wildcats raced to a 23-4 first-quarter lead. Now, a date with Silverton in Friday’s semifinal awaits a Wilsonville squad that hasn't lost to a team from Oregon this season.

“You’re never promised anything,” Wilsonville coach Chris Roche said. “You’ve gotta earn it each year. Just because we’ve been here in the past doesn’t mean anything. This group has to go do it and find their way.

“I thought we came out ready to play pretty well today. We didn’t take very good care of the ball and that’s going to have to be much better against Silverton; they looked really, really good.”

The Wildcats took control early and never took their foot off the gas. Wilsonville jumped out to a 9-2 lead and put the clamps on Pendleton star Tyler Newsom, who dropped 41 points in the Buckaroos' first-round playoff game a week ago.

Newsom, who earned second-team all-state honors last season, finished with 21 points Wednesday. But just nine of those came in the first half as the Wildcats deployed 6-foot-6 junior forward Dakotah Reber to defend him.

“I think we tried to throw the whole kitchen sink at him,” Jack Roche said. “I mean, he’s 6-4 and he has guard skills. He’s an incredible player, especially for somebody at the high school level — I mean, he’s averaging, what, like 25 this year? Any time you make a mistake on him, he’s getting a bucket, and even when you don’t make a mistake, he still might score.”

Newsom drained a smooth fadeaway jumper three minutes into the game, but Wilsonville then held the Buckaroos scoreless for nearly nine minutes as the Wildcats pushed their lead to 25-4.

They didn’t let up in the second half as six players chipped in on the scoring in the third quarter.

“I thought we did a lot of things well,” Chris Roche said. “We were just a little too sloppy with the ball, which is very uncharacteristic for us. To win by 30, it means we did a lot of other things well, because we had to have had at least 20 turnovers.

“It’s not winning basketball. But at the same time, I thought we defended and rebounded really strongly. We’re just going to have to be even better in the next game.”

Jack Roche finished with 13 points and seven assists and Dakota Reber added 10 points and 12 rebounds, many of which came in the first half. They will face off with Silverton at 3:15 p.m. Friday; Pendleton will try to keep its season alive in a consolation game against Crater at 10:45 a.m. Thursday.

“My freshman and sophomore year, we were at the top of the hill,” Jack Roche said. “Last year, we were watching Thurston cut down the nets. ... But 11 of us are back and we’ve been there; we know how great it can be.” 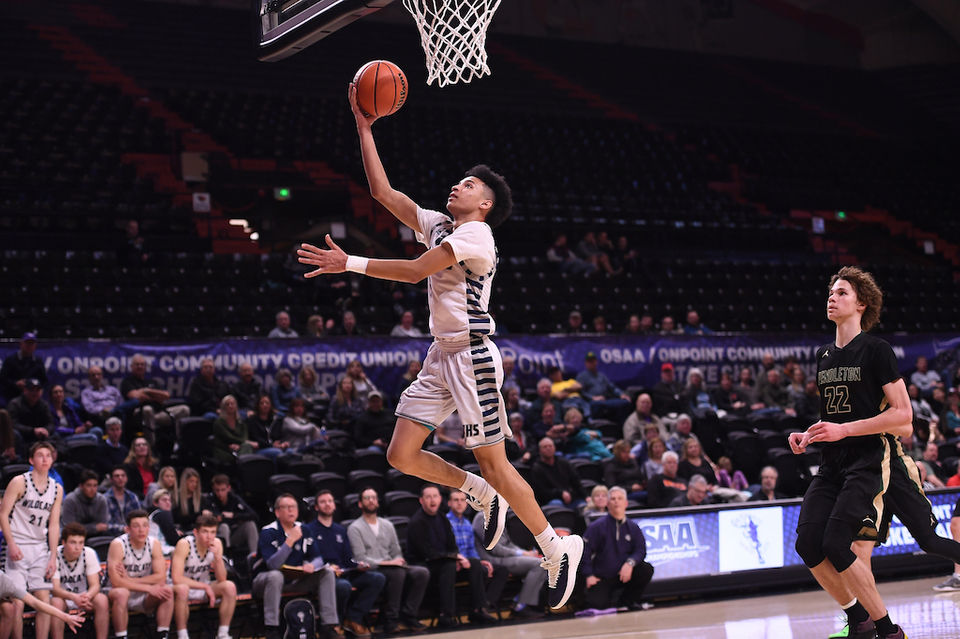 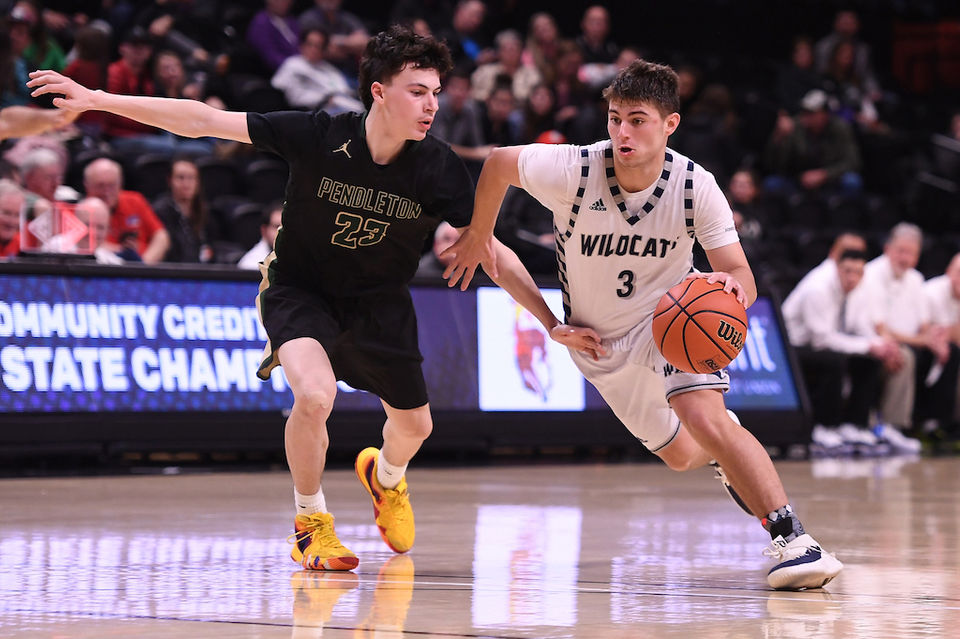