At the annual Oregon Athletic Coaches Association banquet held at Autzen Stadium on the campus of the University of Oregon in Eugene, Wildcat Coach Tommy Haaga was named Oregon Assistant Coach of the Year and senior Jack Roche won one of eight OACA scholarships.

Haaga, who head coach Chris Roche called "one of the greatest coaches I have ever known," accepted the award with friends and family there in front of a crowd of more than 360 in the Club Level of Autzen.

Jack Roche was introduced as a winner by OACA President-elect Aimee Esplin of Adrian High School, and she cited his 4.50 GPA and 12 varsity letters earned in high school as being among the things that made him stand-out on his scholarship application. 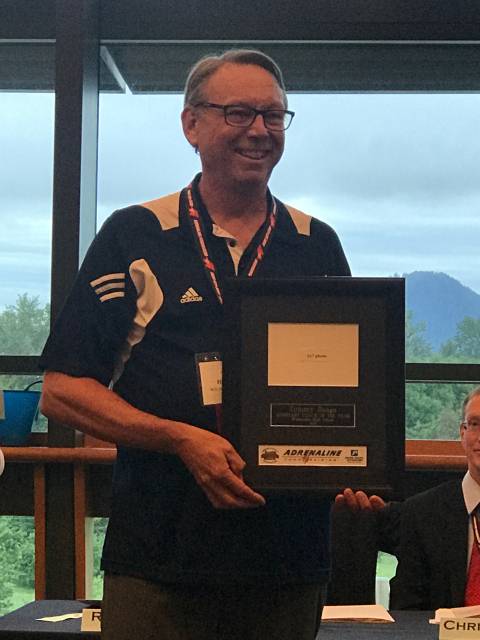 at the Oregon Athletic Coaches Association banquet on May 19. 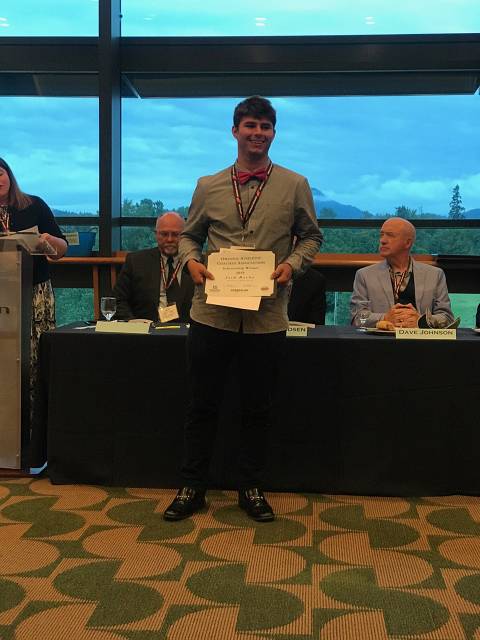 Coaches Association banquet on May 19.