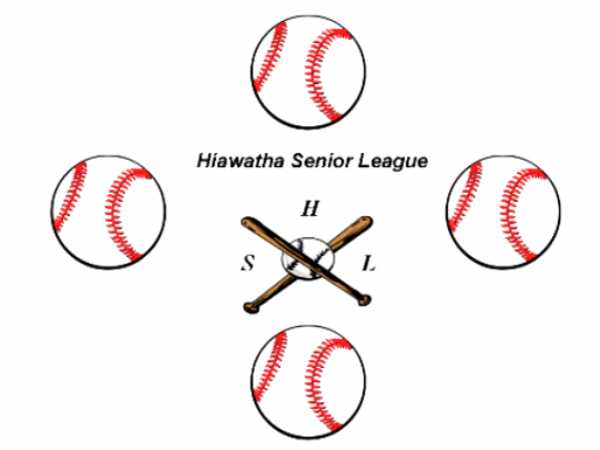 The Hiawatha Senior League is a baseball league for players who are 25 years of age or older. Originally based out of Rochester, Minnesota, the league now has teams from Rochester, Austin, and Byron, Minnesota. The league is constantly looking for players and/or teams who are interested in joining. If you or a group of players are interested, please contact league President Pete Conway.

Note from League President Regarding Player Eligibility in Playoffs

NOTE: Please ask all your players to bring identification along showing their age.  If the opposing team requests to verify a player's age, the expectation is the player will be able to show a picture ID with birth date.  If the player does not have ID, the assumption will be the player is not of age, NO EXCEPTIONS!  If an illegal player plays, the game will be forfeited and the forfeiting team will be responsible to reimburse the league Umpire and Field Fees.

2018 Pre-Season Meeting and Rules Agreed Upon

2) If the use of a field is over the $30 limit that the league will pay, the remainder will be paid by the home team.

3) If a team starts with 9 players, and there is an injury to a player, that person will not be an automatic out in the lineup, that spot will be skipped.

4) If ten or more players show up for the game, lineup must include at least 10 batters.

6) Players that are 24 years old, may participate in the league as long as they turn 25 within the calendar year.

7) No colliding with the catcher. The catcher must give room to the base runner to slide. The base runner must slide if there is a play at the plate. It will be the umpires discretion, on whether or not the base runner needed to slide on any given play at home.  No charging the mound, or steps toward the pitcher if HBP.

8) In the event an ejection is required. The player will be removed from the game, and will be ineligible for the game being played the following week.

9) A pitcher must be removed from the pitching position if he hits four batters within the game.