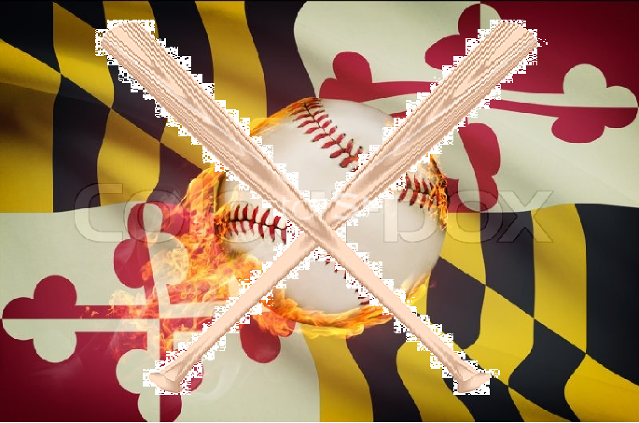 The 2018 Battle of Baltimore has experienced a whirlwind of weather.  On Saturday is was 85 and sunny, followed by 50 and rain on Sunday.  The tournament held out as long as possible before calling the semi-final after 5 innings at Bestgate.  The two remaining teams, the Chesapeake (VA) Sharks and Baltimore BrewCrew have decided to push a championship to a later date.  Both of these teams came out of Pool B, the Sharks in 1st with a 2-0-1 record and the BrewCrew with a 2-1 record.  The BrewCrew defeated the #1 seed of Pool A, Glen Rock and the Sharks received a forfeit victory over Gildea Raiders after the Raiders left earl due to the rain.  Here are the tournament results:

4th Annual Battle of Baltimore Has Overflow of Teams

The 4th Annual Battle of Baltimore is rapidly approaching and is looking to have the most competitive field in the tournament's history.  There are 8 teams that have entered the field and there is a wait-list with four more teams on the list.  The hunt is on to find another field so that the tournament can re-open and move to 12 teams.  The fields that have been acquired so far are Swann Park in Baltimore City, Arundel High School in Gambrills, and Bestgate which is just outside Annapolis.

The 2017 Champion Maryland Dodgers lead the pack of eight teams so far.  The Dodgers recently returned from their Spring Training tournament in Florida where they finished in a tie for third place.  The runner-up of last year's Battle of Baltimore, Frederick Flying Dogs are also returning.  The Flying Dogs are coming off a season where they won the 2017 Mid-Maryland Semi-Pro Baseball League to advance to the NABF Regional.  Another returning team, the Baltimore BrewCrew will be looking to avenge their loss in the 2017 Battle of Baltimore after winning the championship in 2015 and 2016.  The BrewCrew were also champions of the Mid-Atlantic World Series and runner up at the USAB World Series.

The Chesapeake Red Sox will be making their third appearance at the Battle of Baltimore.  In 2016, the Red Sox defeated the eventual champion Baltimore BrewCrew in pool play, but after a tough loss to the Frederick Flying Dogs, the Red Sox were eliminated by the runs allowed tie breaker.  Another team from the Chesapeake League, Patuxent Blue Wave are making their first appearance in the Battle of Baltimore.  The Blue Wave won the National Division of the Chesapeake MSBL in 2017.

There are three out of state teams.  Representing Delaware, is the Gildea Raiders. Gildea has been a powerhouse in the area over the years.  In 2017, the Raiders won the Delaware Semi-Pro League and finished second in the Mid-Atlantic World Series.  Out of Pennsylvania, is Glen Rock.  Glen Rock finished tied for third in the York Central LeagueThe Virginia representative is the Chesapeake Sharks out of Chesapeake Beach.  The Sharks came in third place last year in the 757 league out of Hampton Roads, VA.

Currently, this tournament will be two pools of four teams.  After round robin play, the top two teams in each bracket will advance to the semi-finals.  If a new field is acquired, the goal will be to grow to 12 teams and have four pools of three teams.

Looking forward to opening the season strong, over April 14-15.

The time of year when there is snow on the ground, it's freezing cold outside, and the yearning for baseball has returned to our heart is the reminder that the Battle of Baltimore is right around the corner.  This will be the fourth season of the biggest semi-pro preseason tournament in the region.  Teams will travel from local states to take on the best local talent in the Baltimore Metro Area.  In previous seasons, biggest source of teams for the tournament has been the Chesapeake MSBL out of Anne Arundel County, MD.

The tournament is still in the process of acquiring in fields.  Once they are finalized, the tournament will officially be accepting bids for the 4th Annual Battle of Baltimore that will take place over April 14-15th.