This website is an easy go to anytime information center that serves the members, sponsors & friends of this softball team for schedules, stats, announcements, pics, team philosophy, team history, player honors, ect. It's been a long running site & has worked well for it's intended purposes.

Our objective is to win games. That's Job 1, bottom line. Look/play like a team & win & YES, that means uniforms,....It's a TEAM & that's how we approach it. See "Uniform Policy" & "Team Concept﻿" page tabs.

To achieve this objective, we must find the talent & not waste time cycling through egos with bad attitudes or lower tier players to find the talent needed to win. "You strive to be the best (& your best) in anything you do,....﻿or don't do it". We're a "league" team, but NOT a "fun bunch" type team. While we DO want to have fun, the objective is to win. The ENTIRE roster must reflect this mindset. We all have to be on the same page or it won't work.

"Be in the right place, with the right uniform at the right time, & win. It's that simple".  - Ft Carson Captain G.R. Nieradka

"Never underestimate the heart of a champion". - Rudy Tomjonovich

Any success that is achieved it's "To God be the glory﻿". The Lord gets the credit & glory for it, not me or anything I do, which comes through me, not from me. The goal is to glorify him through winning & being a good example. 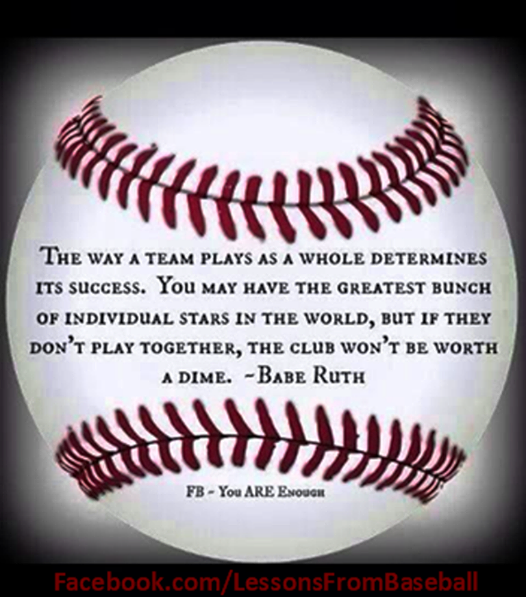 ********For more info about the team, @ the top of the page click the "pages" tab for a drop down menu of several more pages. For info on the team's seasons﻿/﻿players﻿/﻿stats﻿/﻿philosophy﻿/﻿history﻿/﻿thoughts﻿/﻿standings﻿/﻿results, click on any of the other tab options.

7-7, PF 193/PA 178. Excellent job guys & thanks to Nac's Diamond Cutterz who joined us to make a run. We had a roster 17 deep & needed it all with work schedules & player changes. The final record & PF/PA weren't what I wanted & softball is different down here at 400 ft than up there in CO Springs at 6000 ft for sure. The season's 1st half was a disaster with a putrid 1 - 5 start, cutting 5 guys & a "special boy fill in", all with overblown egos, mouths & no league fees from a few. NONE were THAT good, all this while most of our top guys were out due to work.

Things came together the season's 2nd half & in the playoffs as we went 6 - 2 in our last 8 games. Those 2 losses were each by 1 run! Unfortunately the Fall '19 season was actually the most stressful season ever, mainly b/c of the REAL threat of being short players EVERY week which sometimes didn't get resolved until a couple hours before OR at game time.That was miserable & robbed a lot of fun from game days. Very few got there 30/45 min early, only 4 of 17 had grey bottoms, only 5 paid league fees. Should've charged "per game" since so many were rotating in when others were out. 3 players tried to keep team gear. But, in the end when it counted most, we overcame the adversity, umps bad calls, the absenteeism, drama, egos, & won it. Not bad in an elevated "league" level ESP in the team's 1st season. There's no other "level" options & "tourney guy" is everywhere in the league. For me it's a 3 peat with the last 2 COS teams & then add this one in. It's also 4 titles in the last 6 seasons as well.

This is VERY special b/c it's a return to triumph. The best I ever did in Nac/Lufkin City League back in 1995 was losing the title game twice placing 2nd 2 seasons in a row. And now, returning 24 years later, form a new team, go to Lufkin where there's more competition, as well as it being more of a back woods, rougher type of hick, red neck, shit talking gutter type league & winning Bracket 2. There are at least 4 (of the 11 Fall '19,....but guaranteed many more in summer league) Lufkin teams with some true mouthy punks bordering on classless thug behavior on them. All the more reason to leave.

That's pretty good, my business is done here. Now it's off to Amarillo later in 2020 to build a new team from scratch, overcome obstacles & continue the winning tradition out there.

Looking back For the Fall '19 season playoff championship series - 12/19/19, rounds 3,6,7 / 3 games. (Top 6 of 12). Great job guys, this is what we need. It's good to give out weekly recognition & motivation to be on here. Below is what was batted for a particular week of the season. For final season batting stats, see "roster" tab.

Looking back on the Fall 2019 season,......Special thanks goes to the legitimate 17 deep legal roster of A.J., Anthony, L, Anthony R, Carlos, Cody M., Danny, Jacob, J.B., Joey, Justin C,. Justin P., Kevin, Kodie B, Marco, Mike, Ryan, V.J. They all contributed to help us WIN this championship.
Also thankful we parted from the 5 ego cancers. Each one affected us negatively in some way on the field by poor play AND off the field/in the dugout by hurting team chemistry in multiple ways. Keeping them around would have certainly LOST us this championship.

Can't be afraid to make changes for any reason, any time if they are needed. Notice the difference in those 2 descriptions?

Moving forward in 2020,.....After thinking hard the last 3 weeks & asking the wife's true thoughts,.....it's 1 & done in Deep East Tx. It's on to Amarillo later this year, which has 4 nights of multiple league levels where tourney plays tourney in the 2 "upper leagues" & non tourney plays non tourney in the 3 "middle & lower leagues". As it should be. It's proven the further you are from stereotypical "tourney guy", the less resistance/attitude you get & the more non tourney regular league types buy into a "team concept".

The plan is to win in Amarillo before hanging it up in the "normal" mid level non tourney leagues with easy to get along with, fundamentally sound, solid base hitting, buy into the team concept, non tourney guys. If they're close to what normal league guys were in COS, they'll buy into the system 100%, instead of Deep East TX guys buying in 50%. Usually, 99﻿% of the time "Tourney guy" type buys all into their tourney team, but NOT a league team, even if it's a good one. Too much individualist, mercenary mindset, but, that's "tourney guy" arrogance no matter where you go & we want to avoid that garbage.

Again, thankful we won it. Diamond Cutterz, a great group of guys. They were as close to what I wanted as far as tourney players can be & ARE the exception to typical "tourney guy", but had resistance on a few things. I was honored to have them on my team. And with that,.....can't do the Deep East Tx EXTREME climate won't deal with the eternal B.S. from last season V.S. what I'm used to,﻿.....so it's best to bow out with this success, move forward & look to the future in a VERY different part of Texas.

If the weather is "questionable" on any given game day, the recording will be updated 2 hours prior to the 1st game of the day (updated at 4:30 pm weekdays & 3:00 pm on Sundays)﻿. Any lightning within 5 miles of a game field will result in an immediate 30 minute delay. All players & spectators MUST take cover in the parking lot in a vehicle.

These are many fundamental concept memes shown below & give somewhat of an idea on what we are about & what we are looking for in a player.

Errors, bad hitting = consistent bad play & that WILL get you quickly cut from the team. We'll scout around & "hand pick" our type of players, but the player must also be honest for it to match.

As stated throughout this site, YES we're a league team, but we take fundamentals very seriously. We want TEAM PLAYERS. We know personality wise when it's a fit & when it's NOT a fit. When we say "team players" we mean it. A willing attitude goes A LONG way.

"Team Concept" & "Team Material" both fully explains in detail all we're looking for found under the "pages" column then on the drop down menu at the top of the page. This all must be fully understood before joining this softball team.

There is no "I" in team. Those in it for their own agenda/stats/ego need not apply to be on this team b/c it won't work. 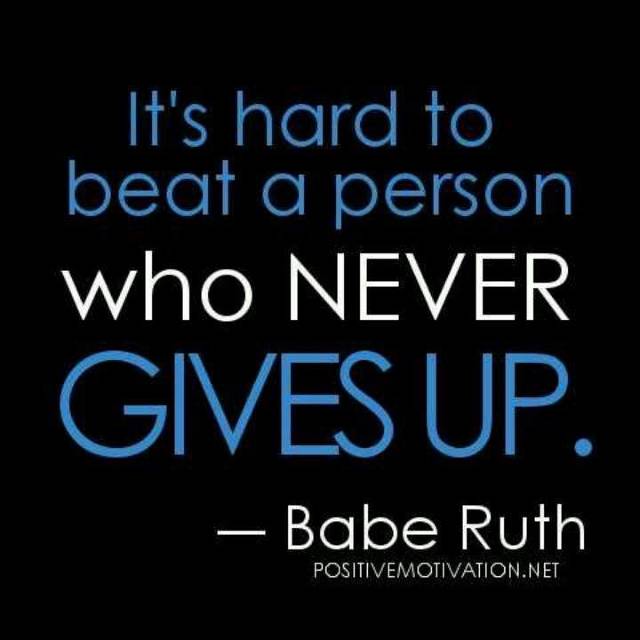 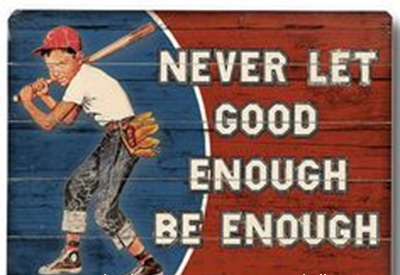 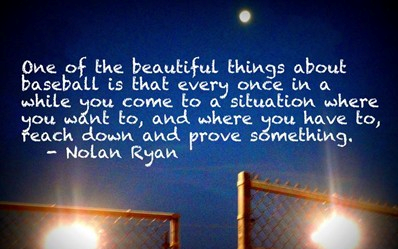 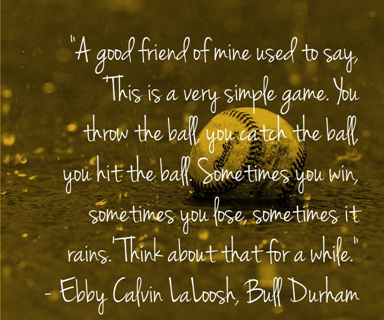 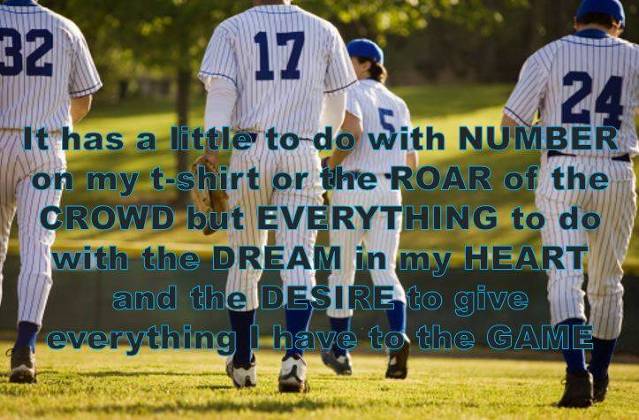 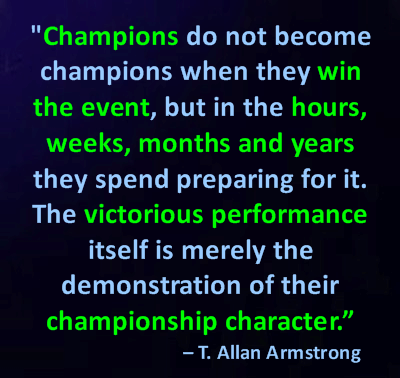 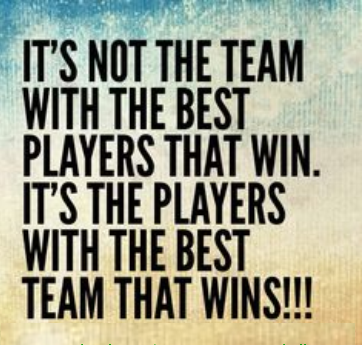 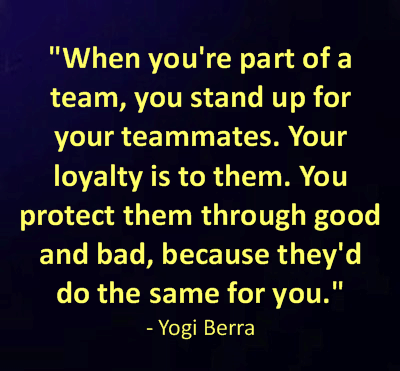 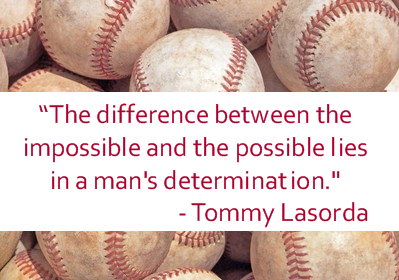 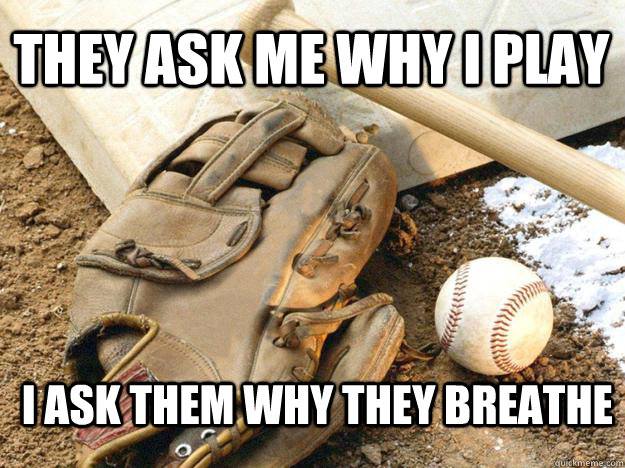 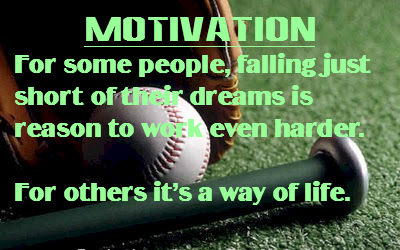 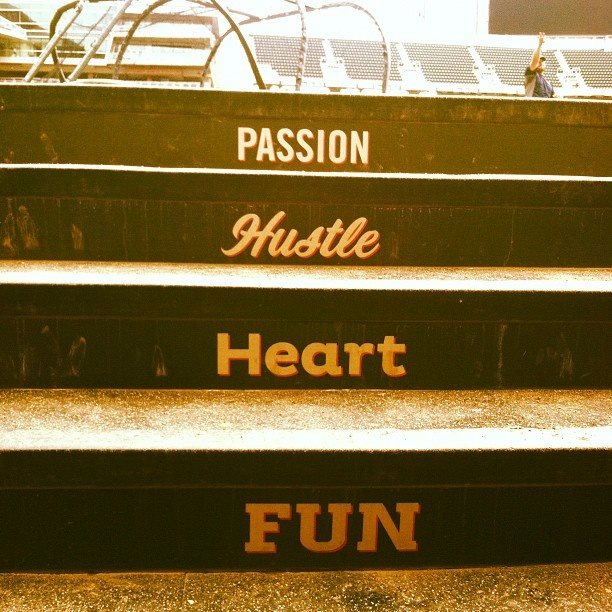 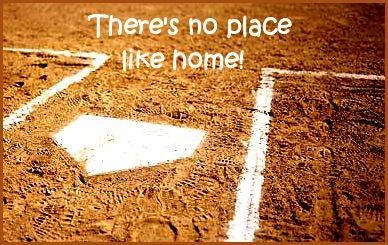 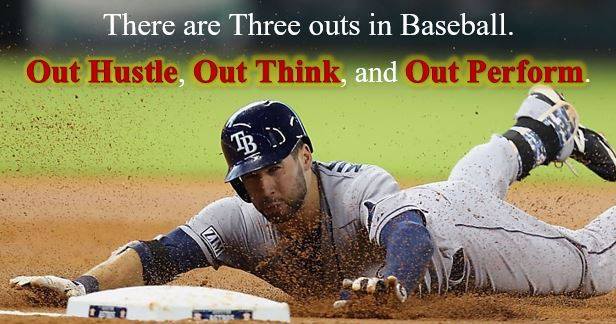 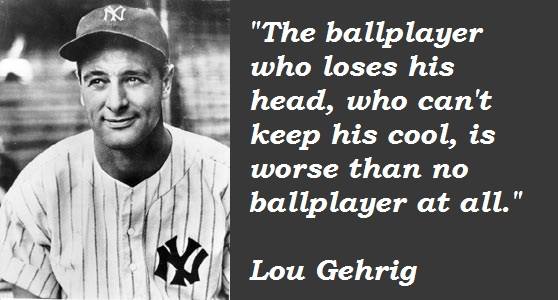 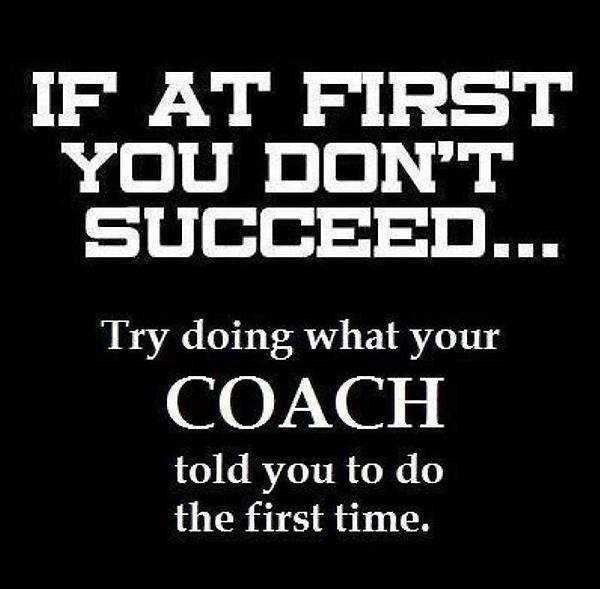 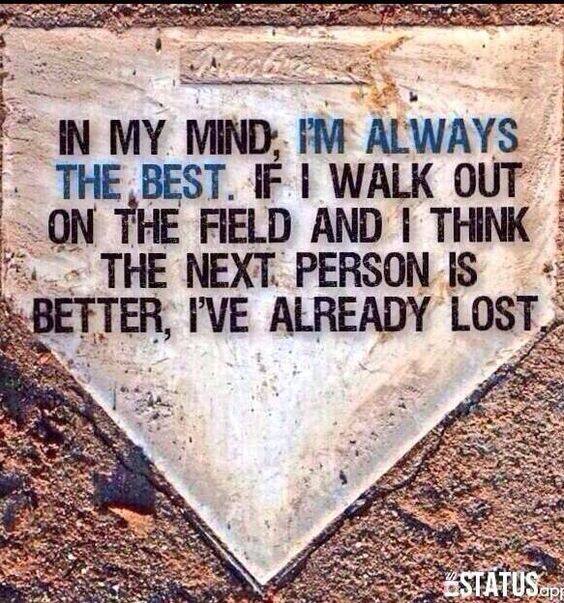 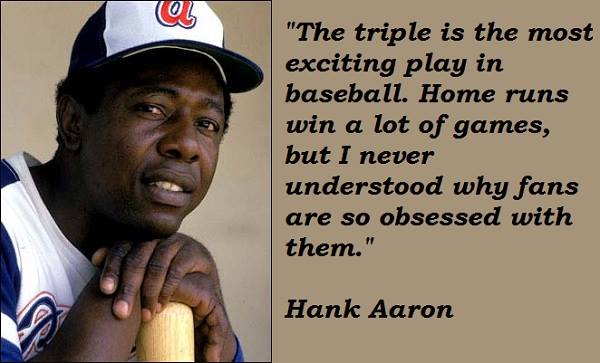 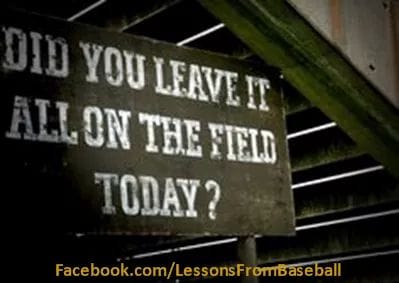 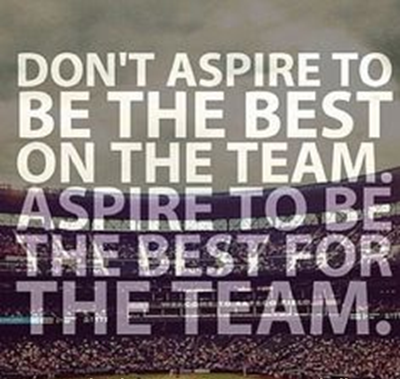 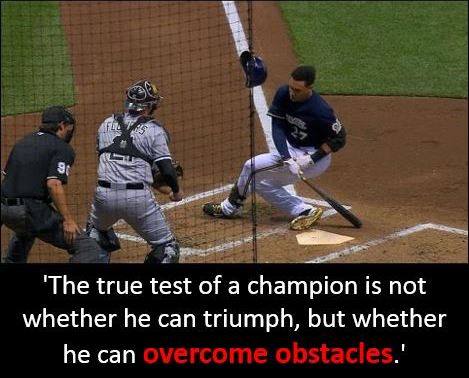 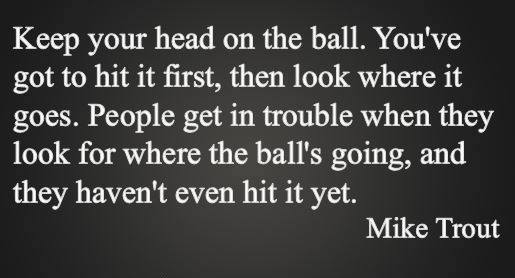 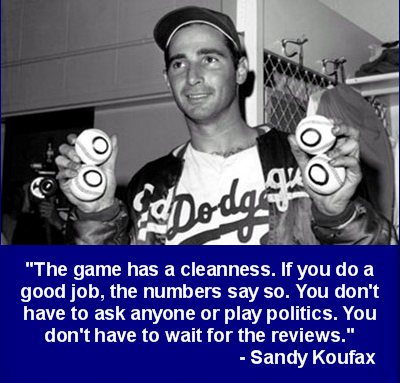