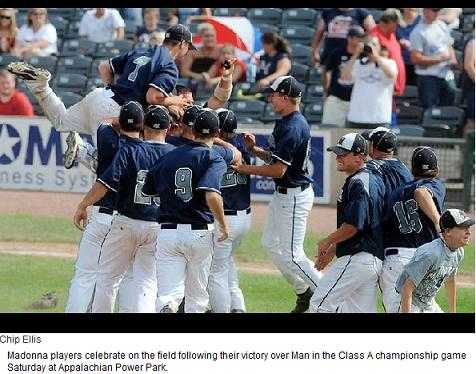 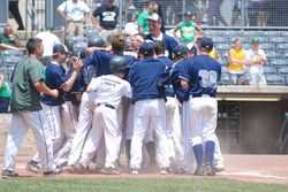 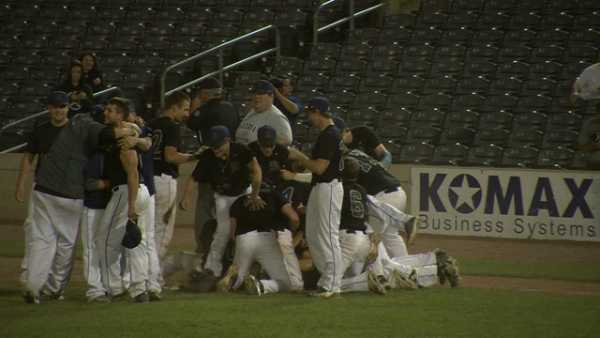 WEIRTON — It’s not often a team in search of a head coach can find someone who brings a resume that includes more than 100 wins and multiple state championships to the table. Factor in that he achieved those things at the school in question, and one has what seems to be a perfect match.

That is what the Madonna baseball team feels it has with the return of Jeff Baire for a third stint as the head coach.

“I’m very excited,” Baire said. “It’s never been very far from my heart. It’s the first place, and the only place, I’ve been a head coach. You build incredible relationships during the course of a high school season being around those guys six days a week. There’s just something special about the Madonna family. The closeness of all the people and how tight they are 25-30 years after they graduate. It’s something that, almost from my very first moment at Madonna, pulled me in.”

Baire’s first stint with the Blue Dons came from 2001-03. He became the head coach again in 2008-12. During the second tenure, his teams won two state titles. In the years in between, he got college experience as an assistant at Wheeling Jesuit from 2005-07.

“He is a seasoned coach, even more now than he was when we won the titles,”Madonna Athletic Director Mike Arlia said. “He always has had a good way to resonate with baseball players. He always has teams that are prepared to play and were competitive against even the biggest schools around. That’s a testament to him as a coach.”

Since his last stint at Madonna, Baire has made a career of teaching the game.

“I was a store manager at a local department store and was switching jobs,”he said. “I did a few lessons with kids helping them with their swing and next thing you know that’s all I’m doing. It’s still surreal to me that my life now and my job now is teaching kids how to hit. I feel very blessed.

“I followed (Madonna) a little bit. I do hitting lessons at the Millsop Center so I have been able to go outside and watch some games. I know there is a lot of talent there and we’re going to try to get things back to where they were before. We’re going to put a lot of work in and do the small things that it takes to get us back to having that expectation of success.

Though not an alumni, Arlia considers him a big part of the Madonna community.

“He is pseudo alumni. His kids went to Madonna,” Arlia said. “I know the program is going to draw the right type of kids to come out and play for him, and that is what it’s about.”

Bringing back Baire, and the recent re-hiring of legendary coach George Vargo to lead the boys basketball team, have Arlia excited about the direction of Madonna athletics.

“We had two openings and we filled them with experienced, high-quality coaches that are going to represent the school the right way and give the kids the best experience possible, which is what it’s all about,” he said. “For a little school like Madonna to have the opportunity to bring three state titles into the fold is incredible.”

For Baire, he cannot wait to be back in the dugout.

“It was something I definitely missed. Shortly after starting a travel ball organization this past year I realized that even doing that wasn’t going to fulfill that same thing being a head coach did,” he said.

“I’m really looking forward to getting back out there and teaching. There are a lot of really talented guys there. I’m very excited about getting started. I know a lot of them are excited about what we can be and what these guys are capable of.

“It’s a grind and a process and I’m looking forward to getting back in the trenches with them.”