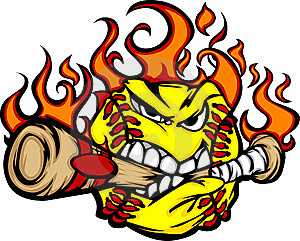 Plainfield Burn Softball Club is a non profit organization dedicated to the athletic and academic development of young ladies in the Plainfield Il area.

The organization will strive to provide the youth of today with opportunities through fastpitch softball, helping to expand their lives in the future. This will be accomplished by guiding the youth with the promotion of fair play, teamwork, healthy competition, sportsmanship, leadership and the respect of others. While accomplishing the above we will strive to strengthen the lives of those we serve. Fastpitch softball should be used as a positive reinforcement to encourage hard work, dedication and promote the pursuit of a quality education. This organization will strive to always do what is right for the team.

Good Luck in Peoria this week for PGF Midwest

Head Coach  Brianne Gallagher.
Brianne played High School Softball at Plainfield Central HS, earning a scholarship to the University of St. Francis.
While there coach Gallagher played both softball and soccer.
She has been a coach of volleyball, basketball, and softball at both the middle school, high school level, and high level travel ball.
She is going into her 15th year as a coach and teacher, currently teaching at Plainfield North Highschool.
"She's lighthearted, but very determined, and works incredibly hard for what she wants. Coach Gallagher motivates players to leave everything they have on the field every time they set foot on it, and accepts nothing less. Coach is a firm believer of the idea that what you learn in the game of softball can take you very far in life.  Not only does she want her athletes to excel in softball, but she pushes them to perform in the classroom as well.
She will be an incredible fit for the Burn organization."  -Sydney Schmittel PNHS 2015

Jones and Cleary Roofing is a Gold Level Sponsor of Burn Softball.