THE OFFICIAL SITE OF

A loud thank you to FRED!

There is also a list of Alumni if you scroll down on the opening page.....we are cross referencing as we make an effort to clean things up.

Hall of Fame members from 2015 - present will be updated in the future.

CHANGES ARE COMING! COUNT ON IT!

Happy New Year to all minor league football fans and their families. It gives us great pleasure to announce early plans for the MLFR 2020 Weekend starting Thursday December 3, 2020 with Hall of Fame Induction Banquet and Ceremonies, then plenty of time to practice on Friday December 4, 2020. Next is GAME DAY on Saturday December 5, 2020.

There is plenty of time between NOW and Then. There are still changes coming and will be announced in due time. We ask for your patience, support and understanding as MLFR reorganizes and restructures. We are about to grow and increase MLFR Events in 2020. In 2019 MLFR HOF Weekend events were very successful even after having to hurry things. Thank you all, without your help and support it could not have happened. Let’s go forward and make it even better.

When we first decided to do a Thursday night induction banquet in 2019 it was to salvage our event, Friday was not available as was our normal banquet day. Turns out it was a change and as a result was a huge success.

MLFR is moving forward and keeping the HOF Banquet on Thursday evening. By announcing this, players and attendees will have with plenty of time to plan and prepare. With participation and a requirement for Hall of Fame inductees to be present for induction, it will allow them plenty of time to plan their trip to Las Vegas instead of last minute.

There’s been continuous discussions and quite a bit of work going on since the 2019 Hall of Fame weekend. No more last minute nominees, there will be a deadline and barring an emergency the final date for nominees will stand. Date to be announced soon.

There are changes on the horizon in an effort to improve Minor League Football Report’s Hall of Fame weekend in quite a few areas. The goal is to provide teams with ample time to prepare for their game on Saturday December 5, 2020. Please continue to check the MLFR website and Facebook page for updates thru out the year.

Here is the schedule of 2020 HOF Weekend games. Those teams invited can expect an official invitation and contract in the very near future. February 1, 2020 or before. Be patient but prepared and ready.

4 games as follows unless a team declines the invitation, MLFR may possibly do only 3 games

Should a team decline the invitation, MLFR reserves the right to replace the team with another All-Star team as an alternative. In the meantime, each team should continue doing what they do so their operations aren’t disrupted. We thank all of you considering participation in the MLFR 2020 Hall of Fame Weekend Games. Here are projected games.

On Field 2 (to be announced)

On Field 1 (to be announced)

(Teams to be announced)

These teams are to be ALL Star teams and NOT a SEASON team playing in a league.

All teams will have ample time to build their all-star rosters.

It’s understood that some teams have players from the USA. Minor League Football Report has its own National All-star Team and we strongly encourage teams to seek out a team identity and name excluding the term National All Star team while participating in the MLFR HOF weekend games.

There are more changes in the future. There are regional representatives that will be announced in the near future as well. Regional reps are advisors and support MLFR and will begin assisting in selection process of Hall of Fame nominees, and have other minor responsibilities. It is not a board of directors.

Currently MLFR is being managed by:

AS THE GAMES ARE RECAPPED MANY THANKS GO OUT TO ROB ESQUIBEL, COREY TAYLOR, TONY & AUDREY RUSCH, MIKE ALMODOVAR, PRESTON AND THE OFFICATING CREW, ALL THE VOLUNTEER CHAIN CREWS, THE DESERT OASIS CUSTODIANS, CLARK INDEPENDENT SCHOOL DISTRICT. MANY UNSUNG HEROES FROM MOMMA BOYKINS BLESSING THE EVENT AND OUR BANQUET TO ALL THOSE ATTENDING AND OF COURSE ALL THE COACHES FROM EACH ALL STAR TEAM.

OUR GOAL IS TO RAISE THE BAR, MAKE THE EVENT GREATER AND BETTER WHILE CONTINUING TO HONOR THE FOUNDING FATHER DICK SEUSS IN KEEPING THE ORGANIZATION GOING AND GROWING AND RETURNING THE PRESTIGE THAT WAS SLOWLY FADING AND MAKING A HUGE! HUGE! STEP AND STATEMENT IN A REAL AND AWESOME DIRECTION ON THE WEEKEND OF DECEMBER 5, 6, & 7, 2019. 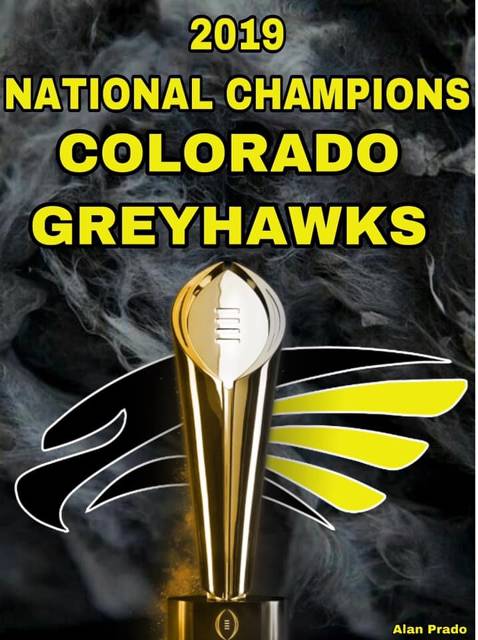 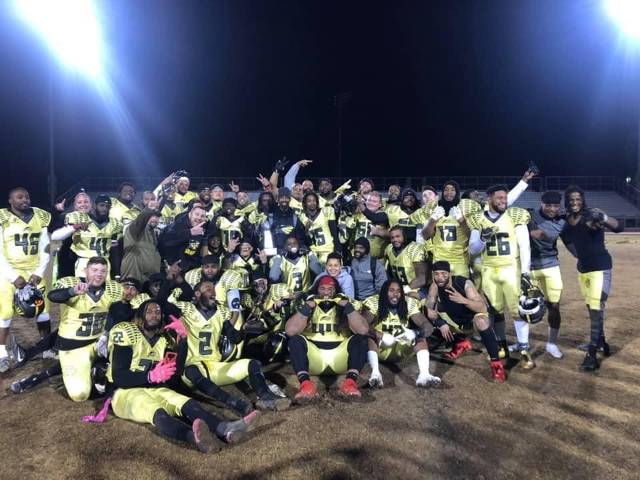 THERE ARE CHANGES TO THE PROCESS! PLEASE STAY TUNED AS WE HAVE ALREADY BEGUN PREPARATIONS FOR 2020.

WITH 3 OPPORTUNITIES TO BE NOMINATED INTO THE HALL OF FAME THE NOMINEE SHOULD PREPARE TO MAKE THE INDUCTION CEREMONIES IF NOT THE 1ST YEAR OF BEING NOMINATED, THE 2ND OR THE 3RD YEAR SHOULD SUFFICE AND GIVE A CANDIDATE AMPLE TIME TO PREPARE. NOMINEES SHOULD NOT CONSIDER THEMSELVES IN THE HALL OF FAME UNTIL THEIR ACTUAL INDUCTION AT A MLFR HOF BANQUET.  STAY TUNED FOR MORE ….

MINOR LEAGUE FOOTBALL REPORT GOING BACK TO BASICS....REPORT THE NEWS IN CASE ANY ONE MISSED IT...HERE'S TO IMPROVING THE REPORTING!

The LDFL joins the GDFL guaranteeing at least a West Coast Regional Championship at the National level before going on to compete with other USA teams. League is still to be managed and developed toward improving opportunities to advance to a national championship. With so many leagues in California and a NorCal Championship question remains.

Why not one clear California State Championship? But that is for California to work out. Primarily it may be the result of Spring season vs fall season. Let's see if other states will follow and go GDFL!

The GDFL is the hottest most attractive Minor League Football League with the stiffest of competition as it promotes a National League of Champions from all parts of the USA!

Awesome move, congratulations LDFL! Select the link below to see the GDFL write up!

We would like to hear from as many past inductees as possible to know what your have been doing with yourself after football, etc. Did you know that if you scroll all the way down this page you will find information on how to open every year's list of inductees? Send us your orginial HOF bio and we will post it on the Alumni news. mlfreporthof@outlook.com

Sharay Ratliffe,Class of 2006-Sharay played his semi pro football in the state of Texas. When he retired he became a assistant high school coach at Elysin High in Texas, where his son plays.

Rob Yates, Class of 2006-Rob was a very successful head coach for the Oklahoma Rebels, a very successful team in our sport. During his career his teams played in many national championship games. He raised two children by himself by the names of Britney and Nick. His son Nick played this past season at Marlow High School, and he recently signed a letter of intent to poay for Southwestern Oklahoma State. Needless to say,he's a very proud father.

Terry Donovan, Class of 2013-Terry played Center with a team called the Giants (Minnesota) from 2003-2008. In that time the Giants won 5 straight GPFL championships and also during that time Donovan did not miss even one offensive snap. His durability and toughness wasone of the guiding lights for the Giants midwestern dynasty. He was 1st team All American for the Minor League Football News in 2005 and 2006. He also spent 2 seasons with the River Rough Riders. He was a member of Team USA football that played in Las Vegas in 2006. He was selected to play 2 All American bowls in the Minnesota Metrodome. He was selected as a FASCO all star in 2005. He was selected to play in the Great Plains Football League all star game every year they had one. He was also selected lineman of the year in the GPFL

Brian Smallworth is currently a Head Coach of his own team called the Cornish Sharks in Cornwall, England. The Sharks play in a Division 2 League, and he operates a youth team and helps coach a women's team. He was the first member ever inducted from outside of the USA, and it was our orignal HOF Banquet in Las Vegas, Nevada in 2004 which he attended. Brian has been back several times to HOF weekends as an assistant coach with our National All Star team. The last time was 2012, when we defeated the Las Vegas Silverbacks, Champions of the Wild West League multiple times and was the MVP with his fellow linman following the GPFL Championship game in 2006. He is currently an offensive line coach at Kasson Mantorville high school in Kasson, Minnesota. Nominted by his three sons, Riley, Matt and Alex.

Butch Dennis, Class of 2005-Kansas City. Played for the Kansas Plainsemen, Kansas City Jazz, and Kansas City Panthers. The 1st player in Kansas City area to make it to the Minor League Hall of Fame. He now has 4 sons, and just sent the 2nd to college at Northwest Missouri State where he plays linebacker. Another son attends Missouri Western bu he tore acl, and third son playing high school football. He is the newest member of the Minor League Football Hall of Fame 'Board of Directors."

Greg Volpe, Class of 2005.-North Haven, Conneticut. Greg was a professional boxer for 9 years before opening his own contracting business. His career in our sport began in 1997 as Special Teams/Linebacker Coach with the Hartford Mustangs. In 1998 he became the Defensive Coordinator,and in 1999 the Head Coach taking them to the playoffs. 2000 Head Coach of the Bridgeport Knights and made playoffs, then won the New England Football Alliance title in 2001. His 2002 team lost in the NEFA Championship. In 2003/2004 he again won the league Championship. He was the winningest coach in NEFA to that date. 2002, 2003 and2004 his team allowed the fewest points per game in the country. His team played in numerous North vs South title game for the American Football News Today annual tournament in Homestead, Florida every January.

Jeff Scott, Class of 2007-Jeff lives in the state of Washington, where he developed his coaching career with youth teams, then moved on to semi pro teams in Western Washington. He owned and coached the King County (Seattle) Jaguars, and was voted "Coach of the Year" in the Northwest Football League in 2003, 2005, 2006 and 20007. He won Northwest League Championships in 2005, 2006 and 2007. He then started the Puget Sound Titans in 2008 and went 14-0 winning a league championship. He is retired.

Phil Lytle, Class of 2006-Phil has been a Head Coach in our sport for 35 years and has never had a losing season with his Asheville (NC) Grizzlies. He has coached in many of the Casino Bowl All Star games and coach of the FASCO(Free Agent Scouting Combine) teams that played annually at the Florida based "Sunshine Bowl" games. The team never lost a game.

Congratulation to Hall of Fame Class of 2014 inductee Charlie Wysocki. He has just been inducted into the U.Maryland Hall of Fame.

Terry Sullivan, Class of 2004-Terry has been a contributor in our sports for many years as a team owner, league commissioner and promoter of all star games in the former Minnesota Dome. He now promotes his annual USA Bowl games in Daytona Beach, Florida in mid-January 2015. Check out the info on his USA Bowl games on this site.

John Shiskowsky, Class of 2008. John was inducted as a member of the Executive Category. John is the current Commissioner of the Five Star Football League.

John Lestini, Class of 2007. John and his wife own and operate the most successful free agent camp in the USA each year which is attended by Canadian League and Arena League teams. His wife will be inducted into our Hall of Fame this coming December

Rob Esquibell,Colorado-Player/Coach/Executive Board of Directors

Note: We are missing a majority of what positions/executives, etc they played and what and where they played.