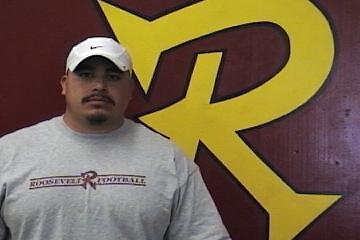 With the win, Roosevelt improves its record to 1-0 on the season. The Rough Riders travel to Sylmar (Sylmar, CA) to confront the Spartans in a non-league outing on Friday, September 6. 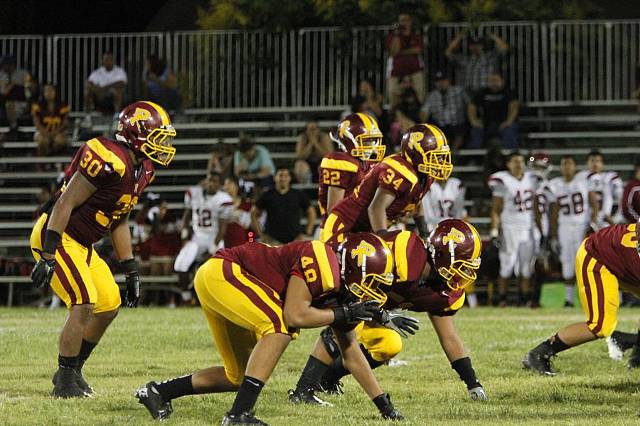 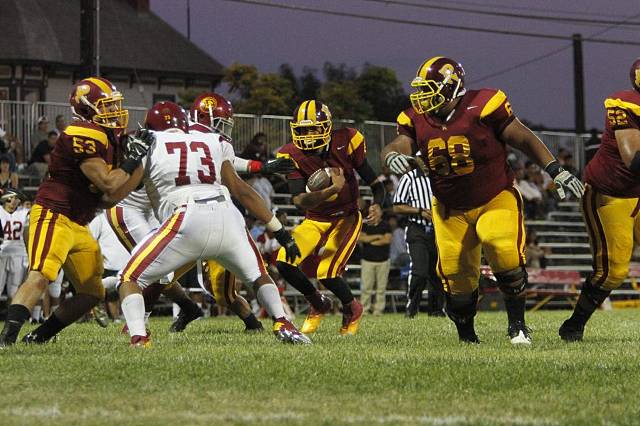 In returnee David Arriaga, the Rough Riders have as talented a dual-threat quarterback as there is in the City. Also back is his brother, Daniel, who will see action as a receiver and carrying the ball out of the backfield.

Backup quarterback Christian Islava, more of a pure passer, could also take snaps in some situations.

“He’s improved and should throw more than he did last year,” Cid said of his quarterback. “We also have a pretty good group of receivers.”

Sophomore Ignacio Vasquez, a 4.0 student and MVP of the JVs a year ago, and senior Robert Taylor, a 3.5 student who attended Los Altos a year ago, will be the main running backs.

The offensive line lacks depth and is young.

Francisco Rodriguez and Anthony Narbona, both underclassmen, man the other spots.

Ends Kevin Gomez and Zambrano return to the defense, as does middle linebacker Chris Campos (6-0, 210), a definite All-City candidate.

SUMMER CONDITIONING VIDEO - CLICK ON THE PICTURE FOR VIDEO 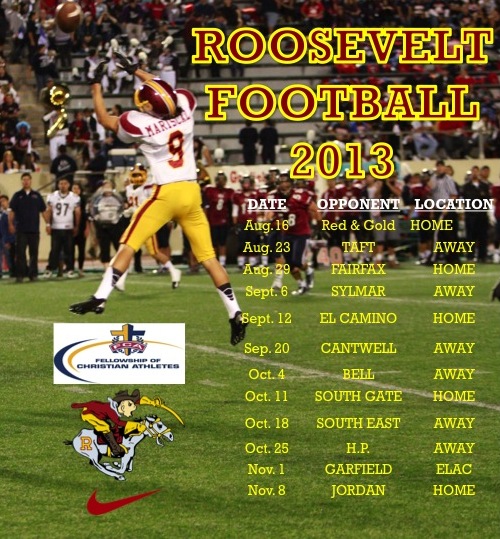 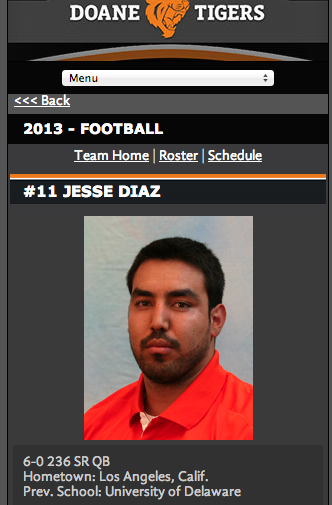 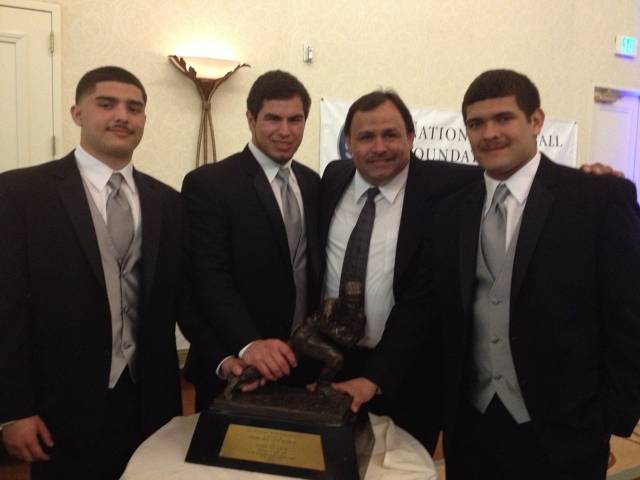 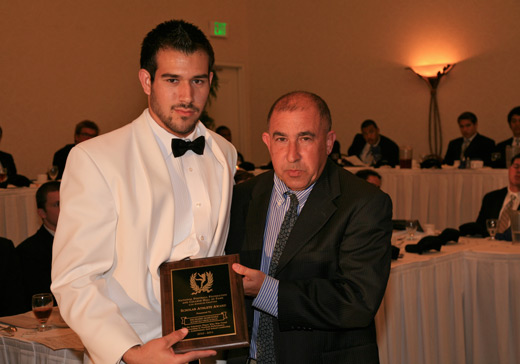 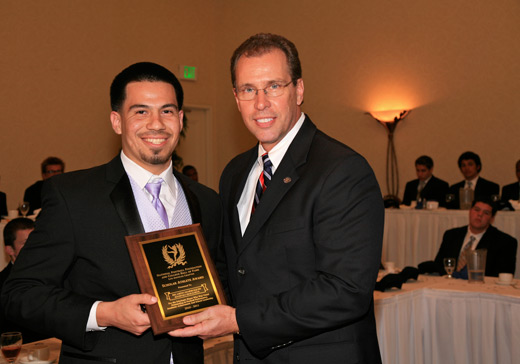 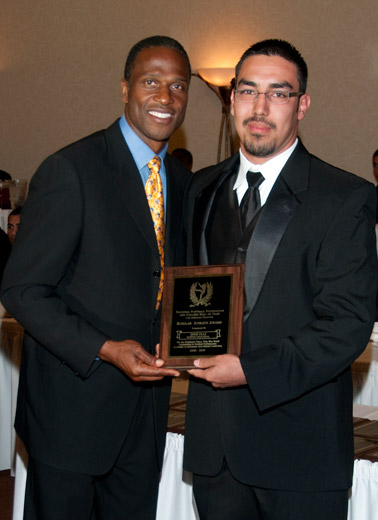 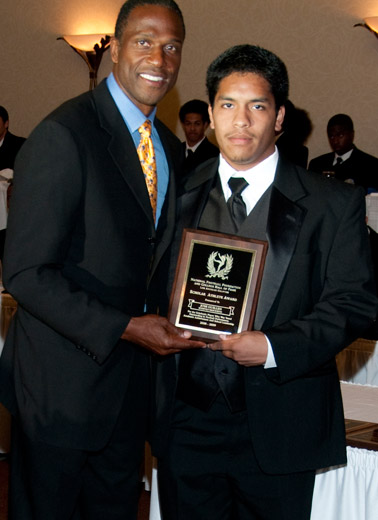 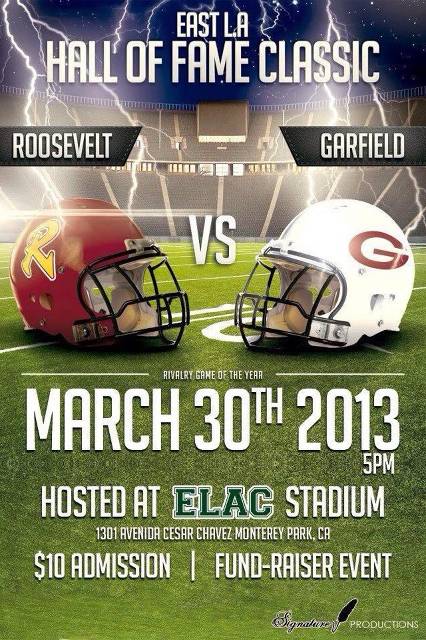 CLICK ON THE PLAYER FOR LINK TO THEIR HIGHLIGHT 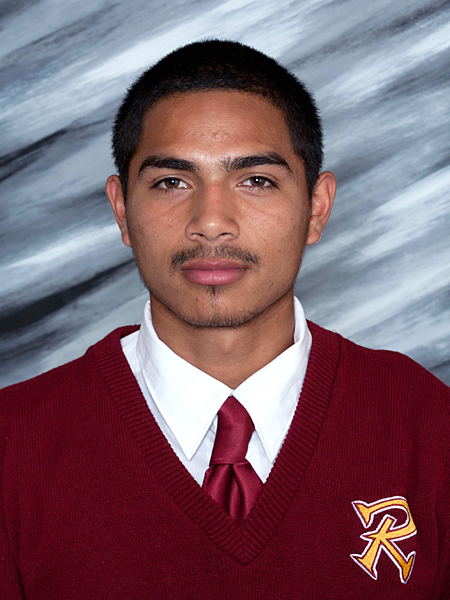 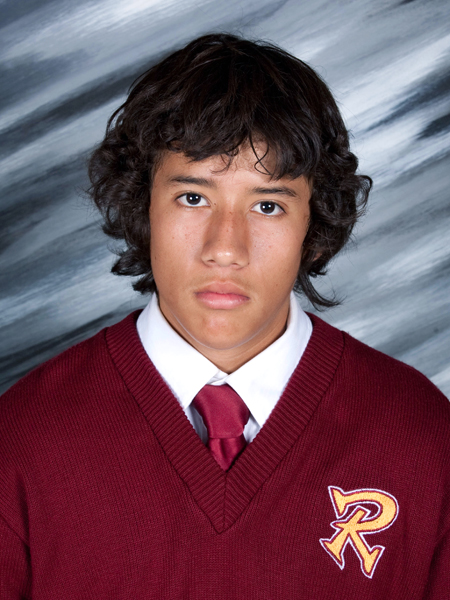 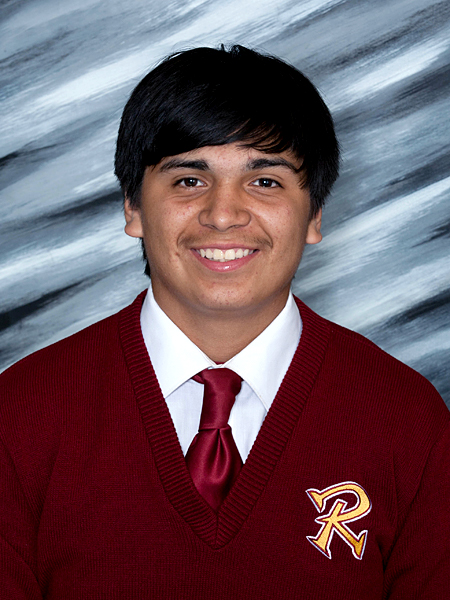 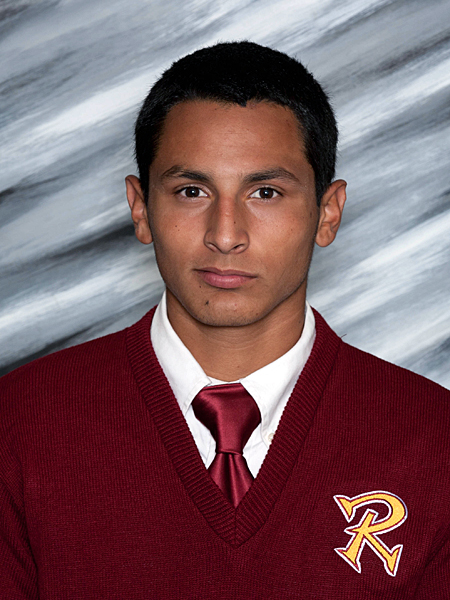 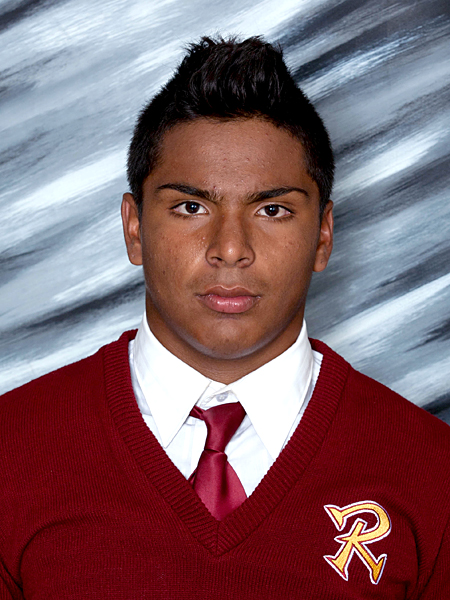 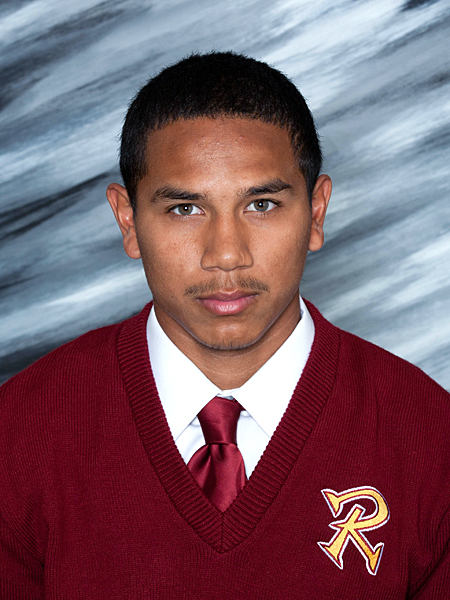 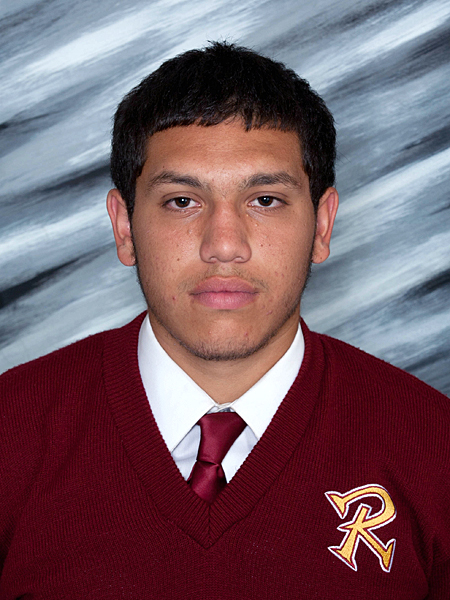 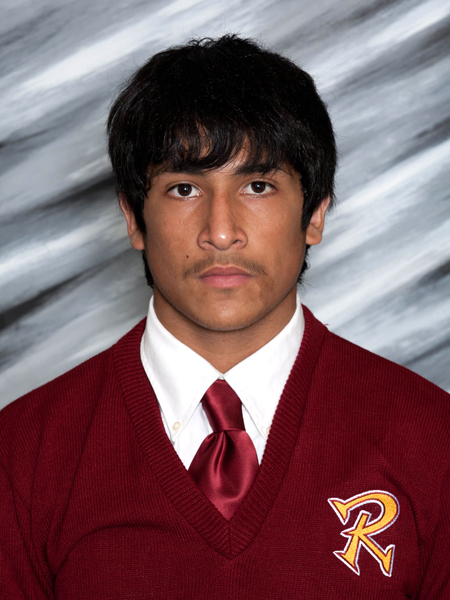 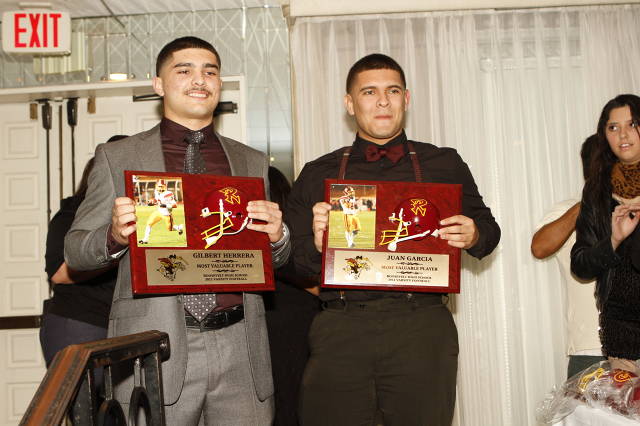 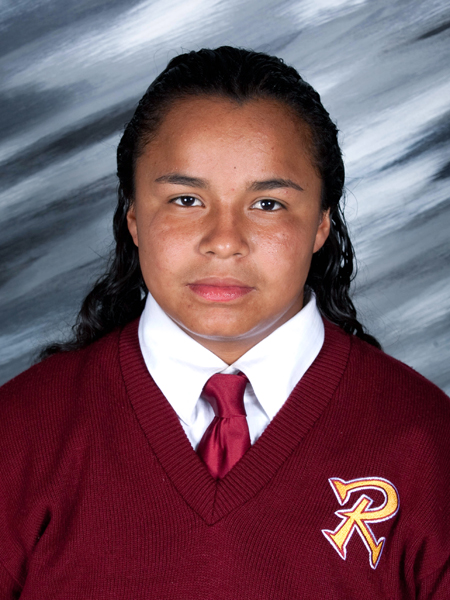 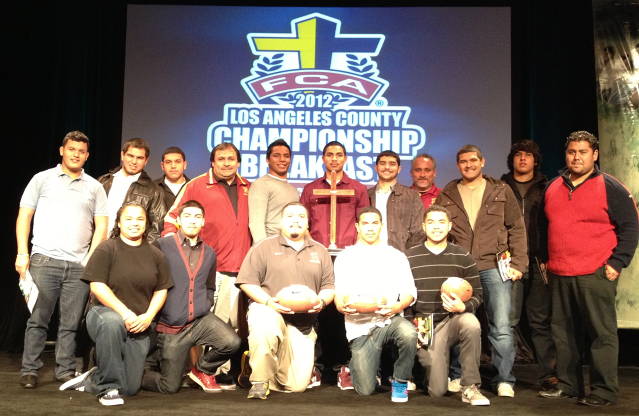 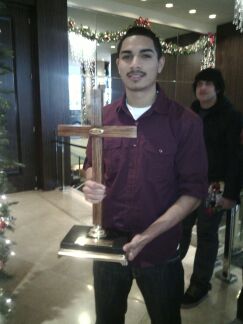 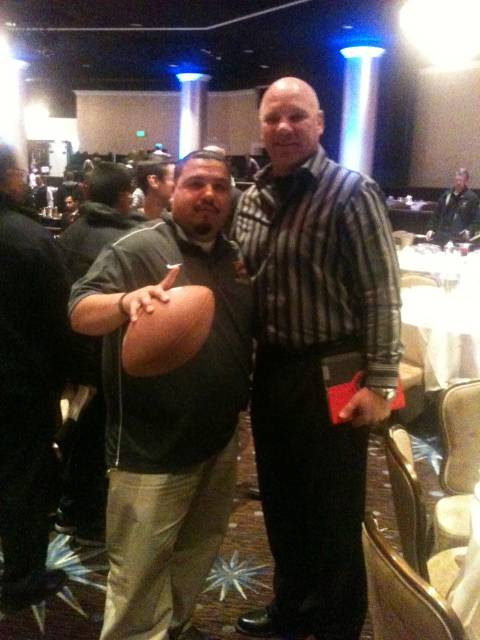 Coach Joey Huguez with QB Jay Schroeder who played for UCLA and the Redskins, Raiders, Bengals, and Cardinals 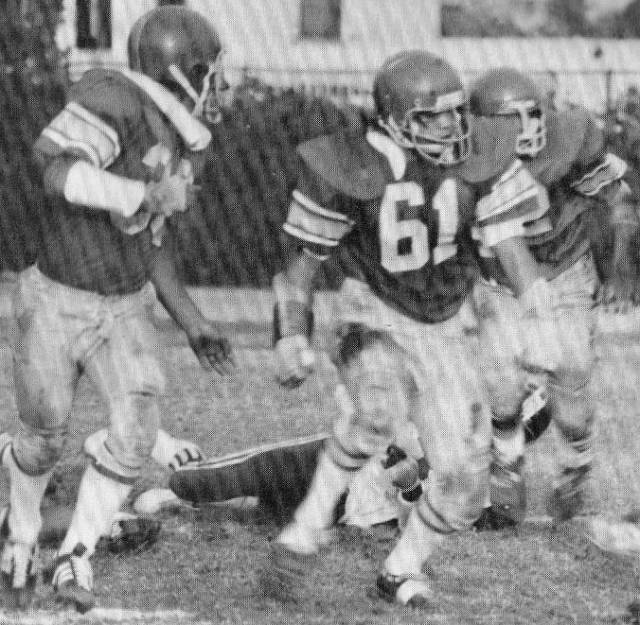 A tribute to a fallen Rough Rider Curtis Han class of 75.

#61 an Awesome linemen who was all about Rider Pride.  RIP 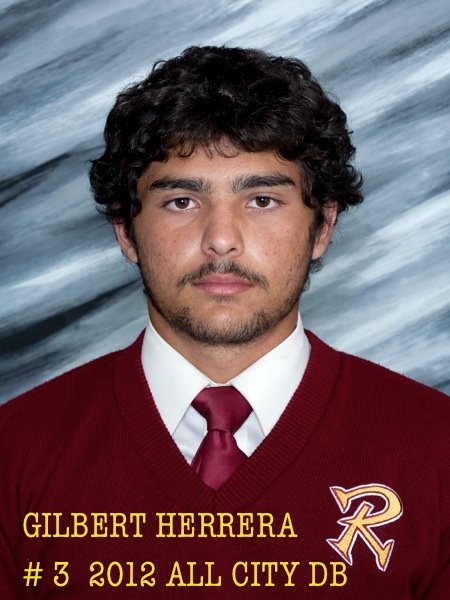 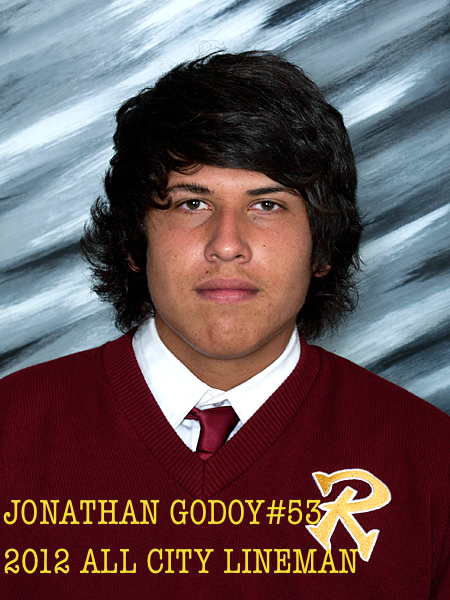 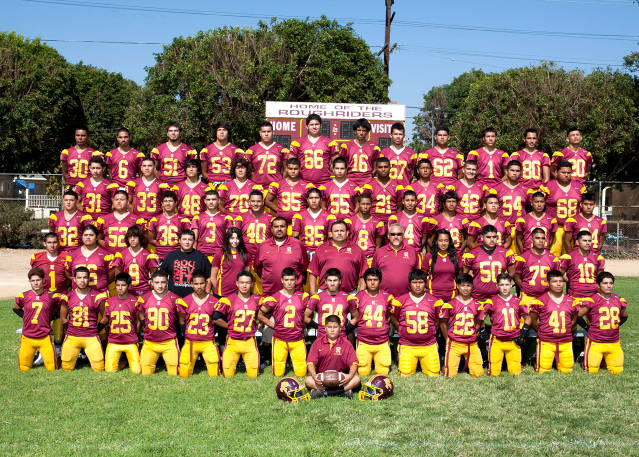