Registration is now open for the 2020 youth lacrosse season!

Click the link below to register your lacrosse player(s). Open to grades k-6, any resident of Schuyler County, no matter the school district.

Bring your stick and start working on your skills before the spring 2020 practices start. Coaches will be on hand to work with you. We'll also be having in-person registration to answer any questions you have about lacrosse!

And remember: ALL kids in Schuyler County are welcome, boys and girls grades k-6.

Here is all the gear your youth player will need. Let us know if you have any questions! 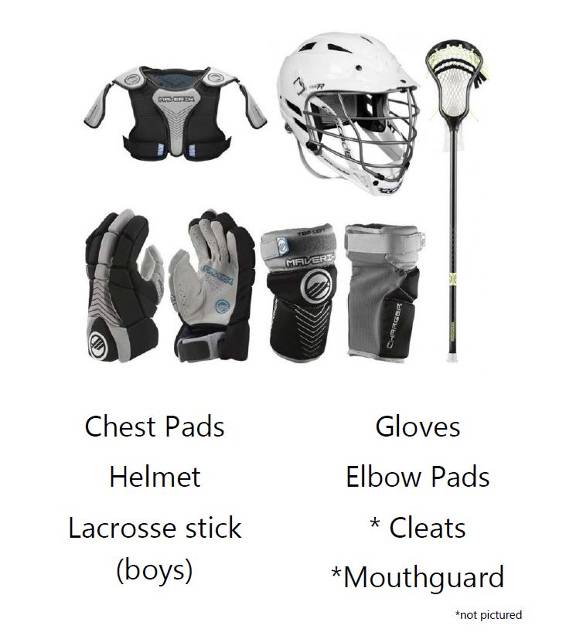 Where to get lacrosse gear for a good price?

To promote teamwork, sportsmanship, positive coaching, and having fun, while advancing the sport of lacrosse in Schuyler County.

Parents’ Guidelines for “Honoring the Game”

Parents’ Guidelines for “Honoring the Game”

Below are suggestions that you can pass on to the parents of your players. By communicating these ideas, parents can help you create a positive youth sports culture so that players will have fun and learn positive character traits to last a lifetime.

• Make a commitment to Honor the Game in action and language no matter what others may do.

• Tell your child before each game that you are proud of him or her regardless of how well he or she plays.

• Fill your children’s “Emotional Tank” through praise and positive recognition so they can play their very best.

• Don’t give instructions to your child during the game. Let the coach correct player mistakes.

• Cheer good plays by both teams (this is advanced behavior!)

• Mention good calls by the official to other parents.

• If an official makes a “bad” call against your team? Honor the Game—BE SILENT!

• If another parent on your team yells at an official? Gently remind him or her to Honor the Game.

• Don’t do anything in the heat of the moment that you will regret after the game. Ask yourself, “Will this embarrass my

child or the team?”

• Remember to have fun! Enjoy the game.

• Thank the officials for doing a difficult job for little or no pay.

• Thank the coaches for their commitment and effort.

• Don’t give advice. Instead ask your child what he or she thought about the game and then LISTEN. Listening fills

• Tell your child again that you are proud of him or her, whether the team won or lost.

What Does My Child Need to Play Youth Lacrosse?

2. Lacrosse or football cleats preferred, soccer if that's what you have that fits.
3. Mouthguard
4.Protective gear – Chest pads, gloves, elbow pads (starter sets available at many sporting goods stores like Dicks and are on sale online, check clearance on lacrossemonkey.com, sidelineswap.com, ebay.com and sportstop.com)
5.Helmet
6. US Lacrosse membership $35 (not required, but highly encouraged)  http://www.uslacrosse.org/membership.aspx

Grab a stick for yourself and play catch with your child!