They Can Hit 400-Foot Homers, but Playing Catch? That’s Tricky 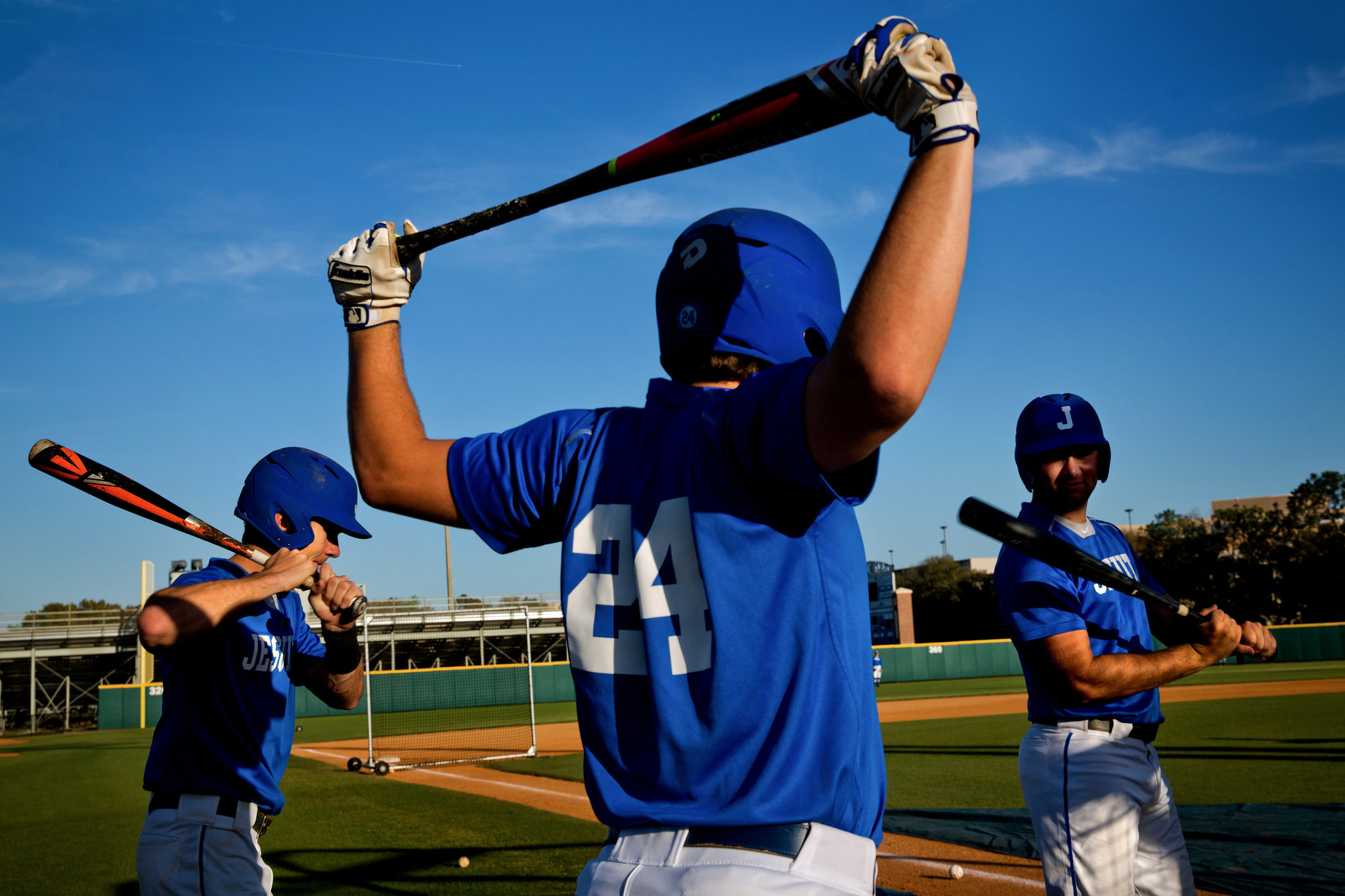 Jesuit High School players at batting practice in Tampa, Fla. With the proliferation of private coaching and specialized camps, coaches have seen a deterioration of fundamental skills.CreditScott McIntyre for The New York Times

In the 40 years that Jack Thomson has been coaching high school baseball, he has seen a noticeable rise in the talent of players trying out for his team.

But something is often missing.

“They can’t play catch,” said Thomson, a coach in California, one of the more fertile grounds for future major leaguers. “They’re bad at it. You’d be surprised how bad it looks. We have to teach them how to play catch.”

In modern youth baseball, where the culture has been transformed by the pursuit of the holy grail, a college athletic scholarship, the fundamentals are falling by the wayside in favor of flashier skills like big-league-style hitting and pitching.

Private coaching and specialized camps are proliferating along with travel teams whose primary goal is putting players in a position to display their batting and pitching skills at college recruiting showcases. These events are cattle calls, with everyone trying to impress. 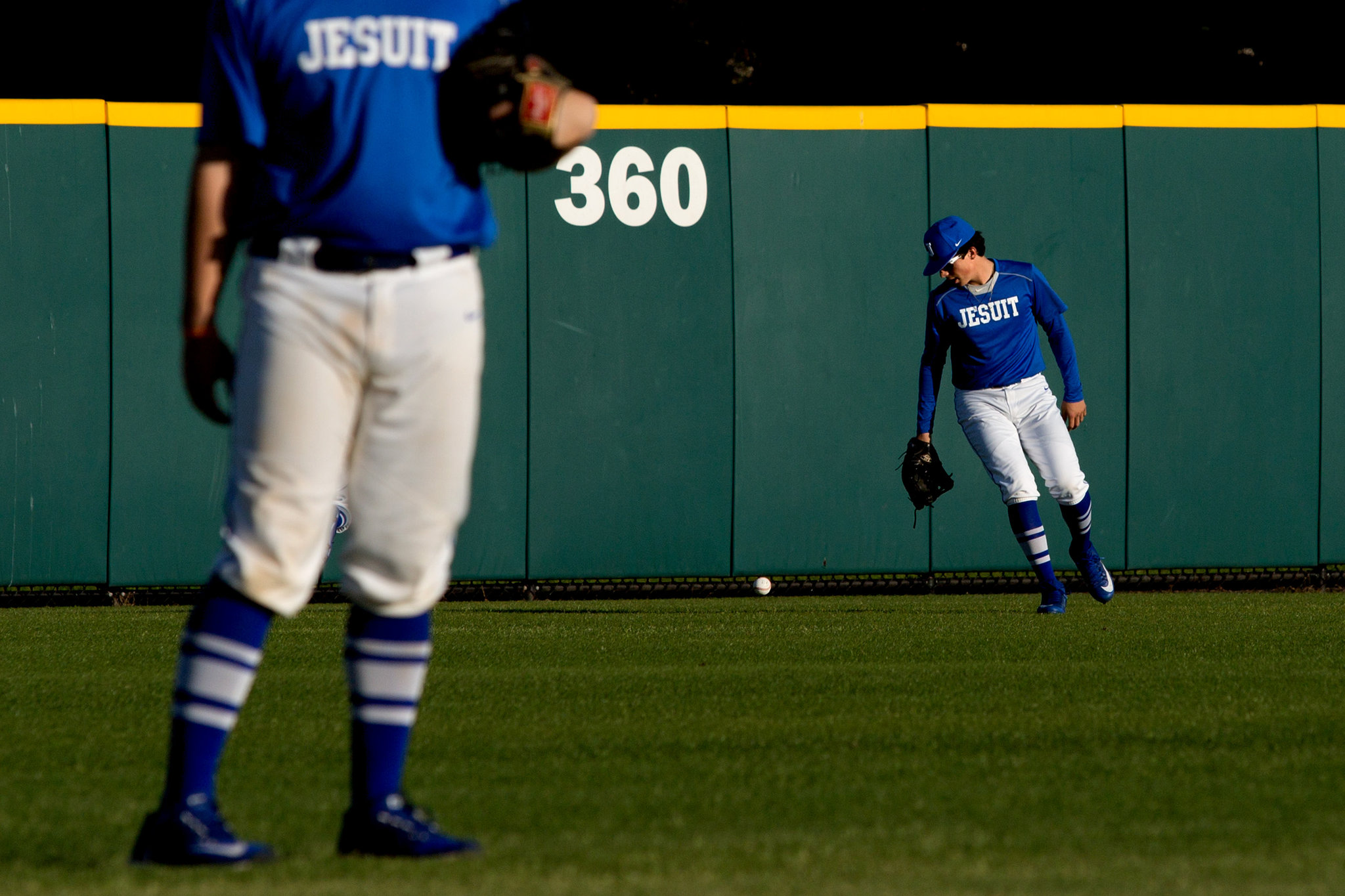 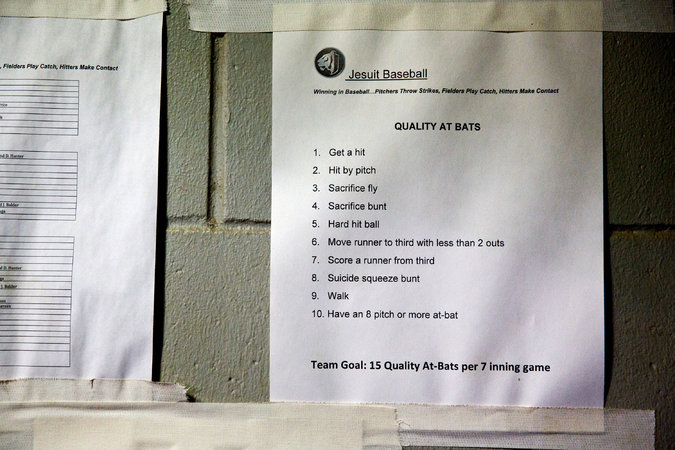 Jesuit High School’s team had some batting reminders displayed during a game last month.CreditScott McIntyre for The New York Times

“I realized we had guys who couldn’t throw the baseball straight,” McDonnell said. “Catching a less-than-perfect throw was a challenge, too. It’s not their fault. In what showcase do they line the kids up to see who throws the ball straight? Do they emphasize fielding? No, they don’t.”

At Tufts University, a Division III power in New England, Coach John Casey gathers his new players on the first day of practice and makes this announcement:

Casey, the former president of the American Baseball Coaches Association, sometimes adds: “You have been hitting off a tee in an indoor cage way too much. You could teach a chimpanzee smoking a cigarette to hit a baseball off a tee.”

There is nothing new about a young player wanting to stand out on a team. And the skills that stand out most at youth showcases — raw power, on the mound and at the plate — are now showing up more prominently in the major league game, where strikeouts rise every season and home run rates are spiking again.

But the current burning desire to get noticed is driven almost exclusively by well-meaning parents of players who have become convinced it is the only way to contend for an athletic scholarship, or even a prized position on a quality high school team.

Parents have made time with a private coach a standard part of a young athlete’s week — and not just in baseball but throughout the overexcited, quasi-professional youth sports community.

Serious, aspiring baseball or softball players trudge into indoor training facilities around the country — charging $40 to $60 an hour — to refine their skills. 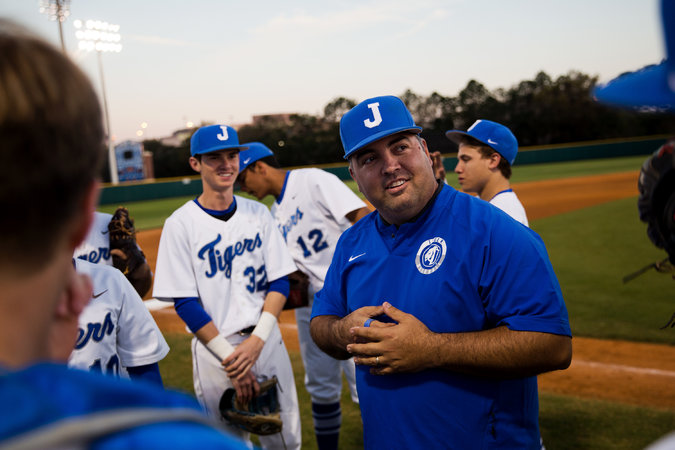 Jesuit High School Coach Miguel Menendez said of players with private instructors: “They’ve been taught hitting skills, worked hard at it, and that’s all good. But the lost art is how to play baseball.”CreditScott McIntyre for The New York Times

Those who operate and work at baseball instruction programs say they are simply responding to the demands of the marketplace.

“It’s what people come to private facilities for,” Headley said. “We have it all, but that’s what they ask for.” 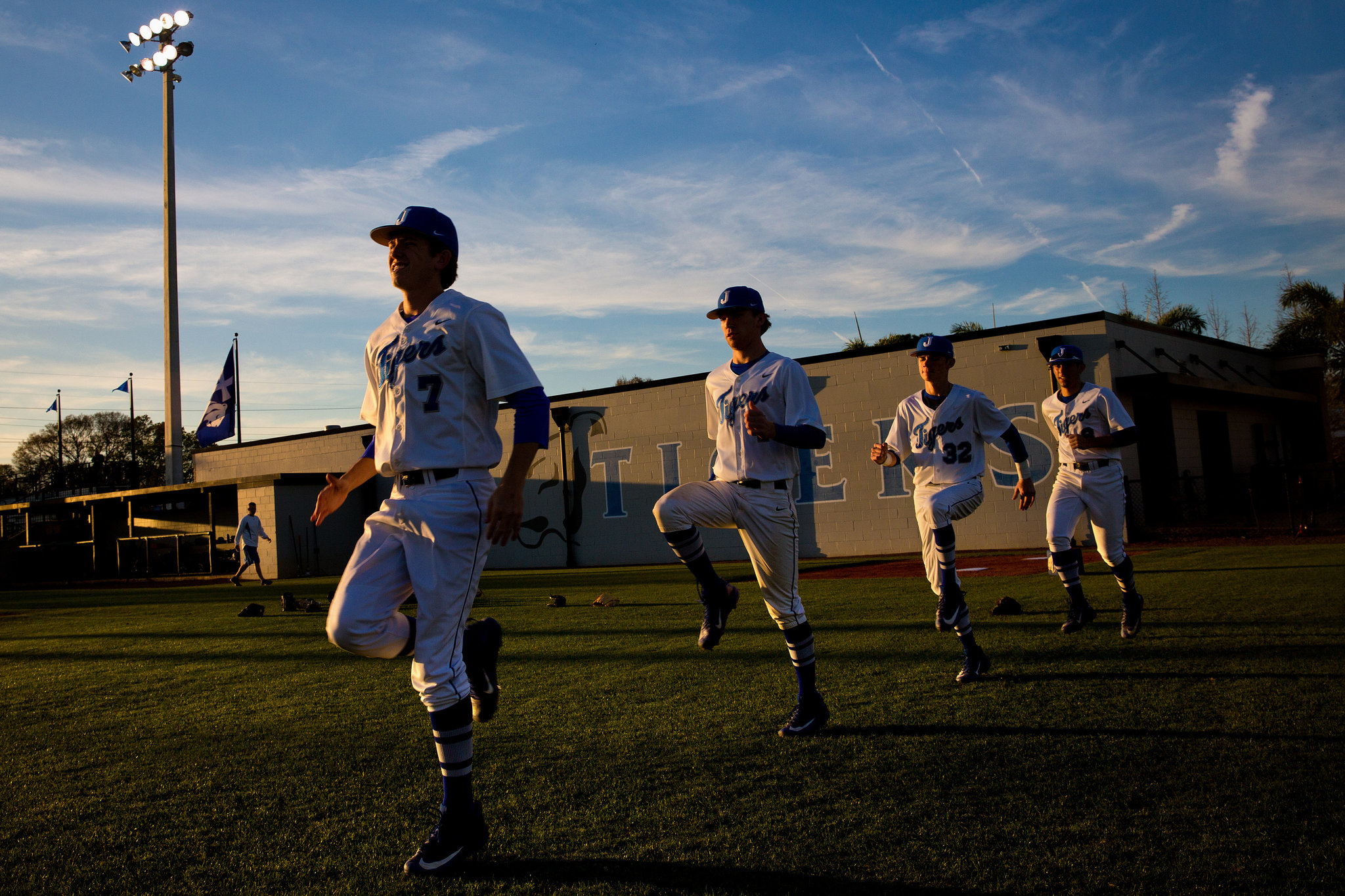 Jesuit High School players stretching before a game. Some coaches see routine skills being ignored in favor of flashier ones. CreditScott McIntyre for The New York Times

“We almost have to deprogram the hitters from being in the cage so much,” Menendez said in his office before a game last month. “They expect one-on-one advice after every pitch, like they get with an instructor. It’s almost like we’ve made a generation of robots.”

Menendez, like the college coaches interviewed for this article, did not criticize private instructors, but he likened private instruction to the debated practice in schools of “teaching to the test.”

“They’ve been taught hitting skills, worked hard at it, and that’s all good,” he said. “But the lost art is how to play baseball.” 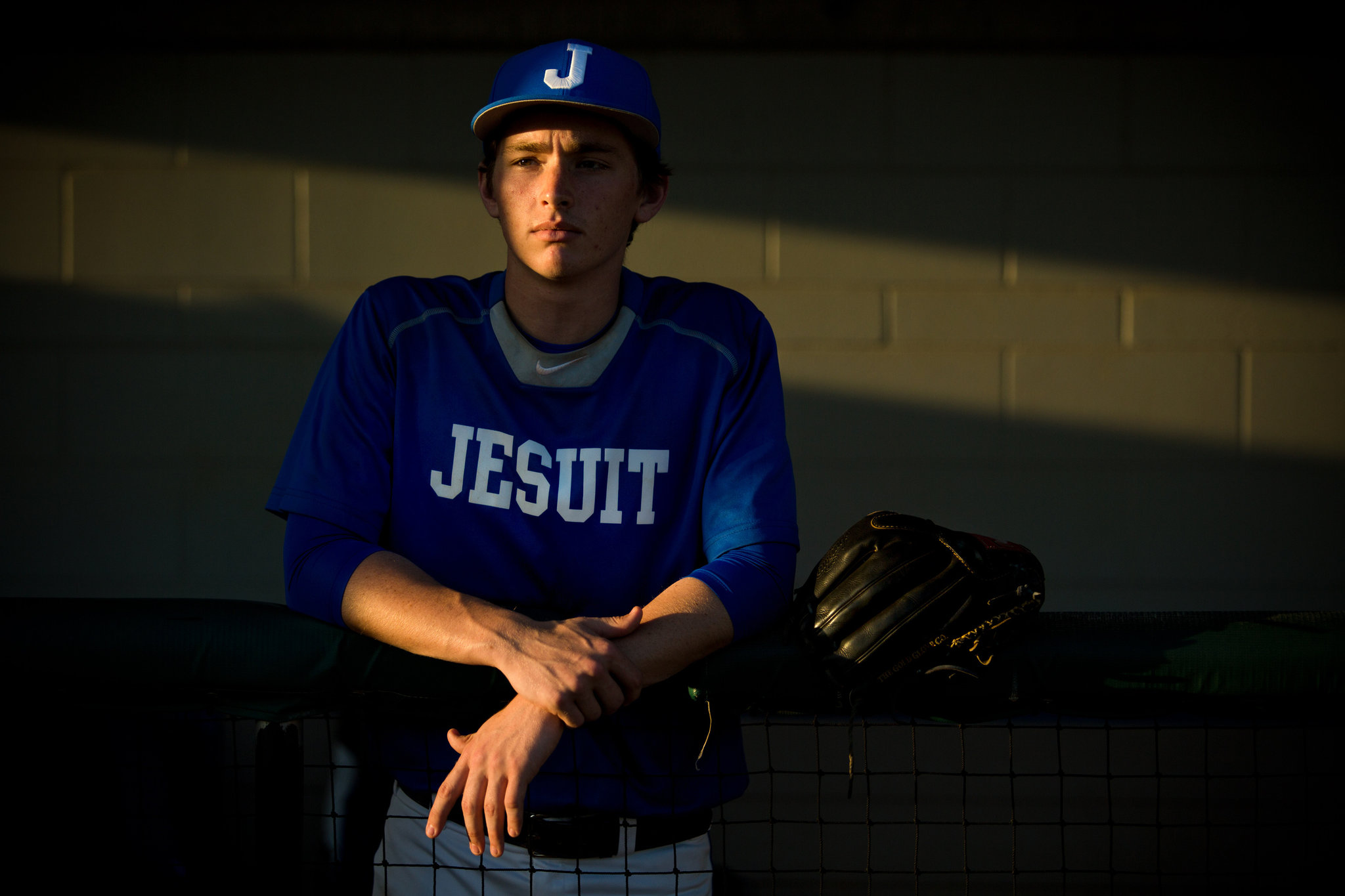 Referring to private instruction, pitcher Jeffrey Hakanson, who will attend the University of Central Florida in the fall, said: “There is only so much that the average dad can teach a kid.”CreditScott McIntyre for The New York Times

Some of Menendez’s best players — most of them on their way to play college baseball — said they would have had no shot of getting the attention of recruiters or performing at their current level without years of private instruction, which in most cases started when they were 10.

“There is only so much that the average dad can teach a kid,” said Jeffrey Hakanson, a senior pitcher who will attend the University of Central Florida in the fall.

Price Sartor, another pitcher and senior headed to Cornell, said: “I am 100 percent better because of the extra instruction. Maybe more than that.”

All in all, the players said few recruiters took notice of routine skills.

“Those coaches don’t come out and look for the kid who is going to get a bunt down with a runner on second base or a pitcher who has an accurate 85-mile-an-hour fastball,” said Sal Lumia, a Jesuit senior. “They come to find the kid who can hit that ball 400 feet over the fence or the kid throwing in the mid-90s.”

The year-round specialization has other consequences beyond stunted baseball skills.

Overuse injuries, exemplified by the epidemic of serious elbow operations — known as Tommy John surgery — are rising among adolescent and preadolescent pitchers.

Major League Baseball has stepped forward with its own initiative hoping to broaden the scope of instruction and the appeal of the game by making youth baseball, well, more child’s play.

In 2015, it began a program, Play Ball, that promotes informal baseball- and softball-related games such as Wiffle ball and stickball. U.S.A. Baseball has devised a mobile coaching app with dozens of general baseball drills besides hitting and pitching.

A backlash against the showcase culture is beginning to gain momentum, at least among some college coaches who say they have changed recruiting methods to try to find more well-rounded young players.

Still, there is also nothing like an old-fashioned game of catch, when you can find it.

“There are certain processes and fundamental aspects of baseball that can more inherently be learned in backyard play,” said Rick Riccobono, the chief development officer for U.S.A. Baseball. “But when have you driven around lately and seen kids playing catch for fun?” 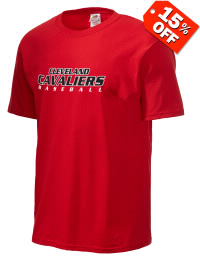 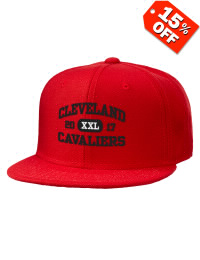 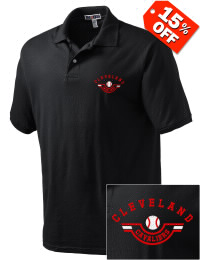 Every purchase benefits the Cleveland Cavaliers

Every purchase benefits the Cleveland Cavaliers