NO FOOD OR DRINKS ALLOWED IN GYM - NO PERSONAL BASKETBALLS!!

1. All Leagues, all players will play at least half the game. Easiest way to

do this is sub every four minutes. During playoffs we will be easier on this,

regular season at least half the game I don’t think this will be a problem.

2. For the NBA and NCAA divisions there will be four 8 minute quarters and

of the game clock will stop on whistle. No O.T. except in playoffs, where there

will be a two minute period and 1 timeout added.

3. All Leagues, any player or coach given a technical foul will have to sit out the

rest of that game and not play in his/her next game. If the player gets another

technical foul the player will be ejected the next two games. A third technical

and the player is expelled for the season. Any eighth grade player given a

4. No full court pressure, [a] In the Gym Rats Division and the NCAA. In the NBA

Division, no full court pressure until the last 2 minutes of the game and last minute

5. In the Gym Rat Division, you will be allowed 5 seconds in the lane. The time in the

lane gets reset when a shot is taken. If a player is in there for somewhere around

10 seconds and there are several shots taken, that's why there is no call.

can’t be the first to touch the ball. [b] NCAA: can hop over the line but

can’t be the first one to touch the ball. I would like this rule only for the

weaker players, the better players just for their own development should

7. No three point shots for NCAA and GYM RATS. I personally think this

is why players don’t shoot the short jumpers and layups well. If you check

most games from last year, teams lost because of they either miss over

70% of their foul shots or miss too many lay-ups.

8. Three pointers ARE allowed this year for the NBA division.

8. All team’s make the playoffs, it’s a REC league have fun.

1. All players will play at least half the game. We will be playing four 8 minute quarters.

period. Injury is the only time you can sub during the game.

2. Try and have a woman on or near your bench in case you have a situation with a girl

on your team. Have one of your parents do the scoreboard it really isn’t hard, we had

several 3rd and 4th graders do it last year, so I think a parent can do this just as well.

3.  Players will be matched up by their coaches at half court. We only play man to man defense.

4. No defense played above the white line at the top of the key at any time. On

change of possession, have your team run back to the other foul line. This seems to

be the best way of doing this.

5. There is no 3 second violation at this level.

6. Traveling rule will be relaxed in the first 4 games but if a player is continuously running

only pass. Players who are doing well, will be the first to be called for traveling after a

7. Fouls shots will be up to the referee where to start them at, about half way seems to

8. We have an unwritten rule, if a player isn’t getting a shot at some point towards the end of the

season we might call an imaginary foul and put them on the foul line.

The first game will be at 5:30, with the first 15 minutes for drills and the game to start

to start at 7:00. Try and work on something that you need to work on from the previous

game. Would like to have everyone out by no later than 8 o'clock. I may be putting other

games in that late slot. You can scrimmage another team but I would like for you to work

on skills more than playing a game if you want to scrimmage do it against your self.

10. No playoffs, just a trophy presentation.

Because of a problem that happened in the past years, in the finals of the NBA, all playoff teams must have 5 players to start the game. There will be no call ups for the playoffs. If you somehow lose players during the game because of fouling out or an injury, you can play with 4 players. If you go below that, the game will be stopped and the other team will be declared the winner. (We don't see this happening.) All Divisions will have a 2 minute overtime with an added 30 second timeout. Any unused timeouts can be carried over into the overtime period. In the NBA Division the final minute of O.T. the teams can press. 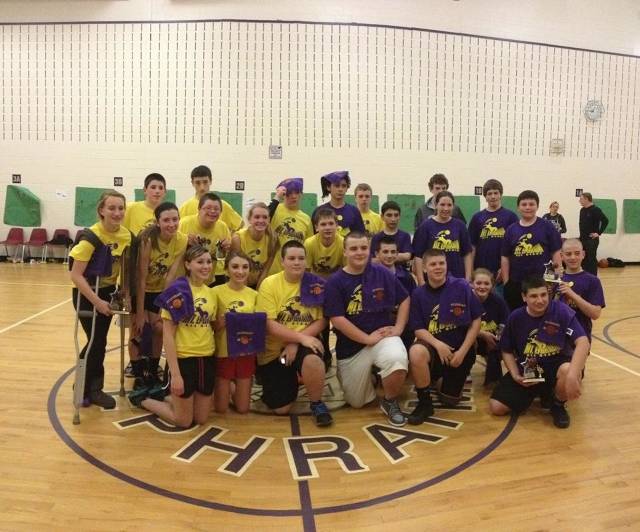 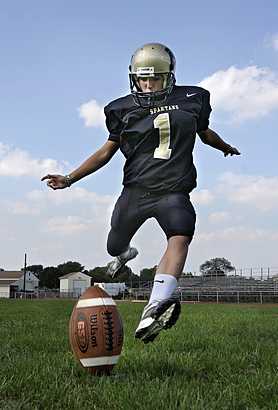 Deptford girl splits the uprights as a kicker
By Marc Narducci
INQUIRER STAFF WRITER
It all started with a powder-puff football game and evolved into something much bigger for Samantha Dimitri.
The Deptford senior made history in Saturday's 21-17 loss to Pennsville in an interdivisional Tri-County football game.
According to area historian Chuck Langerman, Dimitri became the first female in South Jersey to kick a field goal, which she booted from 23 yards out.
She was also perfect on her two conversion kicks, finishing a memorable debut that mirrored her performance the previous October, when the Deptford juniors played the seniors in power-puff football.
In that game, Dimitri was successful on all five of her conversion kicks, and word got back to varsity football coach Al Orio.
It turns out that Orio knew Dimitri well since he is Deptford's junior varsity softball coach, and she is a varsity player.
One thing led to another, and Dimitri tried out for the football team and not only made the squad but beat out two other hopefuls for the kicking job. She also tried out for the punting job but did not win that.
As a freshman and sophomore, Dimitri played soccer at Deptford, and last fall she joined the field hockey team. She enjoyed all those experiences but says they don't match up to how she felt after her football debut.
"It was definitely crazy, and I've never experienced anything like that," she said. "It was the best feeling when I made the field goal."
What has been just as good from her perspective is how the players have accepted her.
"My teammates have been awesome," he said. "Now I hang out with a lot of the football players."
Her teammates have looked at what she has accomplished with admiration 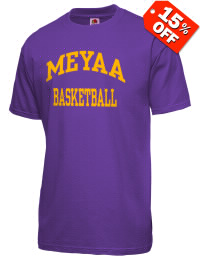 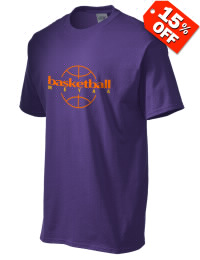 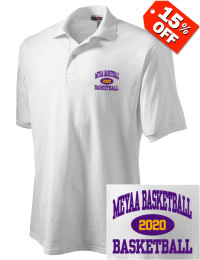 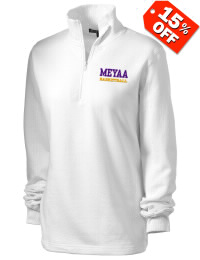 Every purchase benefits the MEYAA BASKETBALL

Every purchase benefits the MEYAA BASKETBALL