A Look Back At The Dodgers 2015 Season

When you look back on the story of the 2015 Rancho Cordova Dodgers you will read about hot starts, incredible highs, incredible lows, and a team with an incredible will to win. These Dodgers, led by a rejuvenated Tom Reid and an original core member, Tim Halverson, took the field against the unbeaten (17-0-1) Vacaville Cryo in the SMSBL 40+ National Championship and came out swinging...

It started in March, when the Dodgers ran off three quick wins, beating the Valley Cats on Opening Day 10-4, dispatching  the Rebels without much effort 18-10 and the Pirates of Auburn in a very close game, 2-1. Next on deck were the pesky Bulldogs, a team the Dodgers slugged it out with last year for the division title and the Dodgers took one on the chin 11-5. Two more wins against the Free Agents, 12-9 and a shutout of the Spartans 12-0 and the Dodgers are sitting pretty at 5-1 and a date with the Cryo. The Dodgers came in confident and with Steve Bogan on the mound, why wouldn't you? That's why they play the game. The Dodgers were sent packing rather abruptly 15-0, the first time they had been shut out in more than two years.

Not a team to sit and lick their wounds, the Dodgers rattled off wins in their next six

games, with wins against the Valley Cats 6-3, Padres14-7, Orioles 16-2, the Pirates again 6-1, the Spartans 10-2 and the Dragons 4-3. 11 wins and only two losses had the Dodgers feeling pretty good about possibly winning the division if the Cryo slipped a little bit and the Boys in Blue win out. In what seems to be the theme for the Dodgers season, that's why they play the game. On deck, the Giants, a team the Dodgers haven't lost to since 2011 and the same team they swept to win the 2014 SMSBL 40+ American title. When the dust settled, the Giants were victorious, 7-6 and sent the Dodgers into a tail spin. With the Cryo on deck the Dodgers knew they had to win in order to stay close. The Dodgers and Tim Halverson kept the Cryo at bay, pitching a perfect game into the fifth inning, but a miscue here and an error there, and the final score would be Cryo 6 and the Dodgers 4. With the division title out of reach this team had to regroup. Just what the doctor ordered, a date with the Valley Cats. Another loss. 8-5. Now the Dodgers are in danger of losing the second seed if the ship didn't get right quick. But this isn't just any team. These boys are battled tested and they know how to win. The Spartans found out with their third loss of the year to the Dodgers 5-3 and the Dodgers closed out the season with a 6-2 win over the Rebels.

Finishing the season at 13-5, scoring 140 runs and giving up only 94, the Dodgers would be the second seed and for their many efforts they were rewarded with a first round playoff game against the Auburn Pirates, the third seed and a team that always gives the Dodgers everything they have in the tank. There would not be a lot of runs scored, there never are with these two teams, and the game did not disappoint. Halverson started the game at McAuliffe Field and threw a complete game, scattering just three hits, two free passes and just one earned run, winning 6-2, finishing what was a fine season for the Pirates.

With the Dodgers in the championship for the second year in a row, their efforts landed

them a chance at redemption. The Cryo beat the Rebels in their playoff game later in the day, 8-3, continuing their unbeaten streak into the playoffs and running their winning streak to 18. Undaunted, the Dodgers knew they had what it took to beat the Goliath to their David. Pitching and defense.

Game one had Tim Halverson on the hill for the Dodgers and Derek Wickliff would start for the Cryo. Halverson was brilliant, as his catcher, Tony Lane and he kept the Cryo off balance all day and allowed just two runs while the Dodgers offense plated four. The bottom of the lineup came through, with Marvin Coleman driving in two, and Mike Newsom and Lane driving in one each.

Game two was played as part of a twin-bill the following week, again at McAuliffe Field and again, the same two pitchers would oppose one another. Halverson would go the distance, but this time losing 6-4. The Dodgers were game, down five-zip, but were able to make a game of it by scoring four runs in the seventh.

Game three was started one hour later, but the Dodgers manager Bob Roe had a dilemma. Does he continue with a man that has just pitched nine innings and 142 pitches, or does he go with his starting shortstop, KB Gandy, in the hopes he could go the entire game? Roe settled on Halverson, even if for just two or three innings. The Dodgers scored first, with two runs in the first, but were matched by Cryo with two runs of their own, and for the next three innings the two teams traded runs. But these Dodgers can sniff a win better than anyone and they went on the hunt for another championship. When the dust settled, Halverson had thrown ANOTHER complete game, Lane caught ANOTHER complete game, threw out two base-stealers for third outs twice, Newsom driving in two more runs and scoring one himself, Sly Walker driving in two more, and Paul Flanigan and Russell Hooper driving in one each, the Dodgers raised the championship banner for the second year in a row with their 8-6 win over the Vacaville Cryo.

These Dodgers have been together for six years and play like a family, fight like a family, but more importantly, win like a family. They showed a tremendous amount of courage and an unequaled will to win. Their chemistry in the dugout is unmatched and when asked about his team, manager Bob Roe said, "I have been on the field when the celebration has started before. But this time, this year, this team, this win was the most satisfying of them all. I can't imagine playing this game without these men and I couldn't be prouder to have my name associated with these guys."

Only time will tell if these Boys in Blue can make another run at the top spot, but until the grass turns green again, these boys aren't thinking about that at all. All they are thinking about is how sweet this season was. What a team! 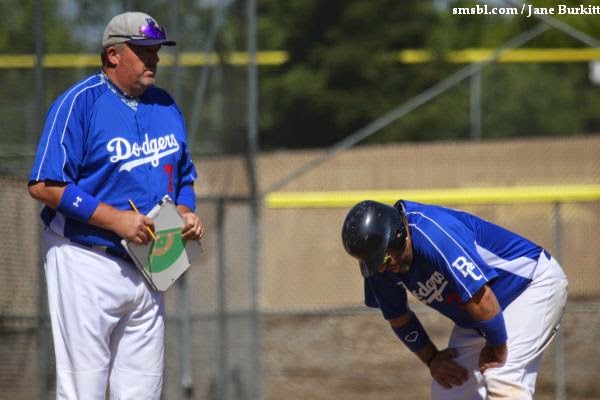 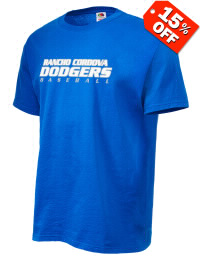 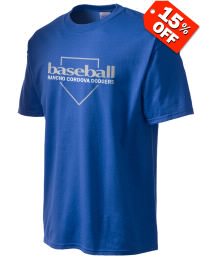 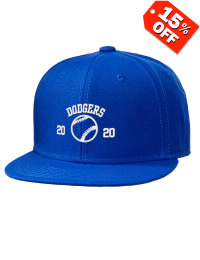 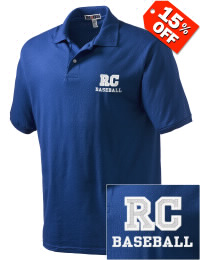 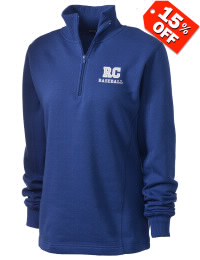