Pop Warner Little Scholars, Inc. (PWLS) is a non-profit organization that provides youth football and cheer & dance programs for participants in 41 states and several countries around the world. Named after the legendary football coach Glenn "Pop" Warner, the organization currently serves more than 400,000 youth participants in tackle football, flag football, and cheer and dance programs. More than 37,000 coaches and over one million active parents, friends and volunteers support Pop Warner activities each year.

Pop Warner was founded in 1929, by Philadelphia's Joe Tomlin to give kids a positive alternative to juvenile delinquency.  Pop Waner continues to grow and serves as the only youth football, cheerleading & dance organization that requires its participants to maintain academic standards in order to participate. Pop Warner's commitment to academics is what separates the program from other youth sports around the world. As the only national youth sports organization that requires scholastic aptitude to participate, Pop Warner is committed to developing America's young people on the field and off. Each year Pop Warner continues to expand its efforts in team and activity participation, as well as visibility and outreach in the community.

Since 1929, the Pop Warner Programs Philosophy has been that athletics and scholastics go hand in hand. At every level, Pop Warner programs seek to develop well-rounded young men and women who learn not only the fundamentals of football, cheerleading, and dance but also the importance of education in an atmosphere conducive to developing sound character while having a good time. The mission of Pop Warner Little Scholars is to enable children to benefit from participation in team sports and activities in a safe and structured environment. Through this active participation, Pop Warner programs teach fundamental values, skills and knowledge that children will use throughout their lives.

With such goals in mind, and by providing an opportunity to participate in the sport in an organized, supervised environment with emphasis on maximum safety and participation, Pop Warner Football offers the youth of the new century a unique experience.

The Benefits of Pop Warner:

Pop Warner is the only youth sports organization with an academic requirement for its participants.  It helps out kids understand the importance of balancing athletics with school work.

Commitment to safety: Pop Warner is the only youth football program that sets and enforces a strict Age and Weight Limit Matrix that reduces the risk and reality of injuries.

A chance to compete for a national championship in football and cheerleading, the Pop Warner Super Bowl at Disney World in Florida, and the support of great partners including the NFL, AFL, BIKE, Spalding and Modell's.

Kids compete with kids of simliar age and size.  Pop Warner is the ONLY youth football program (local, regional and national) that sets and enforces a strict Age and Weight Matrix that reduces the risk and reality of injuries.

Did you know that Pop Warner football is safer than soccer?  Pop Warner has 12% fewer injuries per capita among 5-15 year old that organized soccer in the same age range! (U.S. Consumer Product Safety Commission, NEISS)

Why There Are No Personal Statistics:

Pop Warner exists to use football, cheerleading, dance and a respect for education to develop strong, smart, responsible, healthy young men and women. We give them experiences that build their appreciation for and understanding of leadership, teamwork, and discipline.

While individual statistics may be more common, particularly among older football players, Pop Warner only recognizes the athletic accomplishments of the team, not the individual. We don't track personal tallies of touchdowns or yards rushing per game. We don't count sacks or blocked kicks. We applaud the athletic efforts of the team to reinforce the importance of teamwork, with each member.

We don't try to build stars. We don't want to over-inflate a young ego, nor do we want to risk injuring the self-esteem of a young person. Whether our kids have good days or bad, they are still an integral part of our team...and always will be. 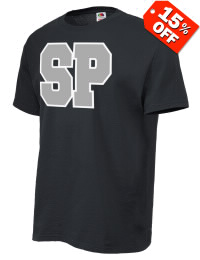 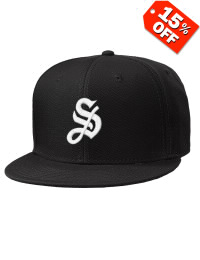 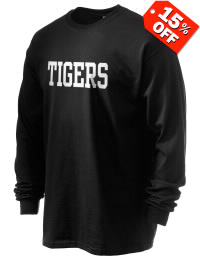 Every purchase benefits the HTTP://TSHQ.BLUESOMBRERO.COM/SPTIGERSPW

Every purchase benefits the HTTP://TSHQ.BLUESOMBRERO.COM/SPTIGERSPW