Rick joined the Club in April of 2012 as assistant coach to Tyler Powell.  He's been involved in soccer since 1980.  He grew up playing in the local select soccer programs playing for various clubs, such as Andromeda, Comets and Flame.  In 1997, he played for Richland College, which was ranked 2nd in the nation in the National Junior College Athletic Association.  During this year, he helped the Thunderducks reach the regional finals, losing to a team that was the eventual 3rd place team in the national tournament.  Rick then transferred to Bryan College in Tennessee where he helped lead his team to an NAIA top 25 finish.  From 2000-2001, Rick played with the Texas Spurs in the Premier Development League (PDL) of the United Soccer League (USL).  The Texas Spurs eventually finished up, winning the division and making it to the play-offs before being knocked out by the Chicago Fire Reserves. Rick has worked with several different clubs as an assistant coach for Tyler Powell.  He conducts private skills for several of the top players in the area and is an assistant men’s soccer coach for Texas Wesleyan University in Fort Worth, TX. 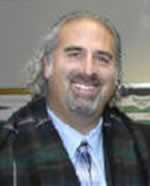 Playing Career
Alex joined our Club in July 2007. He’s been involved in organized soccer since 1969 playing under 6's in Germany. He grew up playing youth and high school in the United States. He then left for South America at age 17 and signed a professional contract with Club Sportivo San Larenzo in the First Division (Asuncion, Paraguay). In 1982 he was recognized as one of the first American born players to play professional soccer outside the United States. After a wonderful experience in Paraguay Alex moved back to the United States and signed a professional indoor contract in 1987 for Chicago Shoccers, AISA. 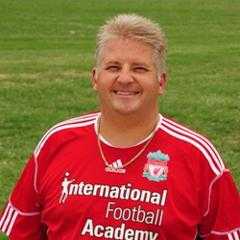 Bio:
Gordon Buchanan Sutherland
Born in Falkirk Scotland on the 20th Nov 1965, Hometown is Cumbernauld.
Married to Jacqueline for 24 years ,2 Sons CJ aged 18 and Calum aged 12
Moved to Texas in 2007 and setup home in Keller.

Played soccer at High School and whilst representing the County was approached By Glasgow Rangers and signed School boy Forms “S” form at the age of 13. Whilst playing For Rangers youth team was part of the Team who won the coveted Croix Tournament in France at the age of 15 playing U18.

At the age of 16 made Debut for Rangers 2nd team and went onto play several games for the Youth Team and Reserves, was released by Rangers and signed for Norwich City, played several reserve and youth team games before moving to Coventry City again played several youth and reserve team games.

Moved back to Scotland in 1984 and played Semi – Professional for 5 years before moving back to play Amateur Soccer.

At the age of 30 was forced to give up playing due to Injury, although not able to play out-door continued to play Indoor in competitive leagues.


Staff Coach Field Operations Coerver Coaching Texas:
Joined Coerver® Coaching in 2007 After arriving in Texas from Scotland, I’m a true believer in the Coerver Method and the Coerver way,my goals as a Coerver coach are to see the Kids that I coach have a true command of the Coerver skills and for each individual to develop and express these skills in their play to reach the highest level possible. 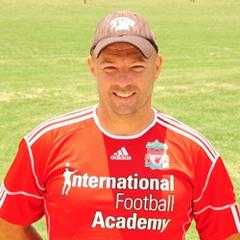 Player
Tristan was born in England where he captained his High School team to 3 County, 2 Regional and 2 South of England titles. He played on the Under-15 and Under-16 England national teams and made his professional debut with Cambridge United when he was 17 years old. He also had professional trials with Norwich City and Ipswich. During his professional soccer career, Tristan also qualified as a squad member for the United Kingdom in two consecutive Olympic Games and a European Championship in the 100M and 200M. Tristan also played in NFL Europe as a wide receiver and kick return for 3 years as part of his extensive athletic portfolio.

Coach
Tristan has been coaching select soccer in DFW since the Fall of 2000 and was previously the Director of Coaching for girls at the DFW Tornados and coached for 4 years at Solar. He was the head soccer coach at Lake Country Christian School for three years and won the private school’s national championship for both the boys and the girls in the same year (the only time this has ever been achieved). Tristan specializes in technical development (footskills) and speed & agility programs. 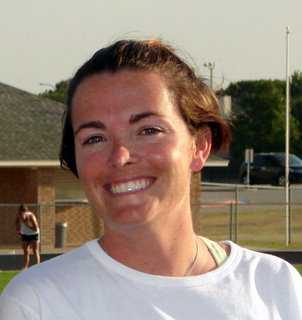 Brittany has been coaching competive soccer for 5 years.
As a soccer player, she had many accomplishments:

On the Youth National Team for 6 years

Attended the U-14 National Training Camp in 1998. Based on her performance, she was moved UP into the 1983 Region III Team. She was selected into the U-16 National Team.

She was on the winning team of the Region III Championship.

She was on the United States Youth Soccer National All-Star Team traveling all over the world, including Brazil.

1999 District 7-5A All District Player of the Year

In November, 2002, named to the Big East All Rookie Team

In January 2003, named to Soccer America’s Freshman All Star Team

In 2003, scored the GAME WINNER in a 2-1 OVERTIME victory against UNDEFEATED Boston College 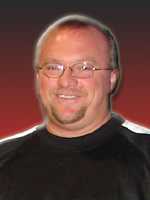