THE GOALS OF THE BERKS FALL LEAGUE ARE TO-

1) Serve as spring training for next season

2) Provide a “relaxed” style of play

3) Continue to develop player skills in the fundamentals of baseball

6) If there are any questions about the rules, please discuss them with the umpire and the other coach before the game and come to an agreement. The umpire’s decision is final in all cases

7) if there is a double header, the second game should start 20 minutes after the first game, unless the umpire in chief declares a different time.

The Coach Pitch level is intended to take the basic skills learned in tee ball and apply them to a more structured game setting. The following new skills should be taught at this level.

During the game the coach from the batting team will pitch the entire inning.

a.     Teams will play ten (10) players defensively with four outfielders.

a.     Teams will bat their entire roster. If a player cannot continue to play for any reason, that team will not be penalized for that place in the lineup.

No stealing allowed. If the runner leaves the base before the ball is batted, the runner must return to his original position and the pitch will be declared no pitch. There will be one team warning per game. Each subsequent violation will result in the runner being called out.

b. No metal spikes allowed

3. GAMES
a. A game will be 6 innings. Mercy rule: 10 runs after 4 innings
b. 5 runs max per inning except in final inning
c. An inning may not be started after 1hr 45mins
d. Protests will not be allowed. The decision of the umpires is final

4. SUBSTITUTIONS
a. May play 9 or 10 players (4 outfielders) on defense .
b. A pitcher removed from the game or the mound may not return as a pitcher in the same game
c. Free substitution

5. BASE RUNNING
a. Runners may not leave the base until the ball crosses home plate or is hit by the batter
b. Stealing will be allowed after the ball crosses home plate. Stealing of home is permitted
c. Infield fly rule is in effect
d. No dropped third strike
e. No head first sliding, except returning to a base. Violators will be called out after 1 team warning
f. A base runner must slide or “attempt” to avoid a fielder who has possession of the ball and is attempting to make a play on him. If in the umpire’s judgment, the contact was intentional or malicious the umpire will eject the player
g. Runners may advance at their own risk on any overthrow

6. PITCHING
a. A pitcher will be allowed to pitch 3 innings per game, (up to 6 per weekend)
b. A pitcher must be pulled from the position for the remainder of the game after hitting 3 batters in a game
c. A pitcher may not throw a curve ball, screwball or any other type of pitch resulting in a sharp rotating arm motion. One warning and the any such pitch will be called a ball
d. Pitching distance is 46 feet

7. BATTING
a. Bat your entire roster. No penalty (out in batting order) for injuries. Drop the player from the batting order
b. Bunting is permitted
c. The batter is out on a dropped third strike

1. HITTING
a. All batters and baserunners must wear a helmet
b. Any batter who throws a bat will receive one warning. If the same player does it again in the same game they will be called out
c. No slap hits. If a player shows bunt and pulls away and swings they will be called out and all runners will return to the base they were at before the pitch was thrown
d. Bats USA approved will be no larger  2 5/8  inch barrel
e. Entire roster should be batted

2. PITCHING
a. A pitcher can not throw more than 3 innings in a game or 6 innings in a weekend
b. A pitcher can not return to the mound in the same game after being taken out
c. 8 pitches are allowed to be thrown during pitching changes
d. 5 pitches are allowed to be thrown during innings changes
e. One mound visit per inning per pitcher.  On the second visit the pitcher must be removed from the mount
f. Pitchers may not wear white apparel on the mound (bracelets, sleeves, etc) nor can they wear bracelets or necklaces
g. No Breaking Balls (curve, slider, knuckle). If a pitcher throws this pitch it will be called a ball. If they throw it a second time they will be removed from the mound
h. A pitcher in their windup can not stop their motion or it will be ruled a ball
i. Pickoffs may be attempted
j. Balks- Balks must be blatant and the judgement of umpires is final. A warning should be given for each pitcher.

3. BASERUNNING
a. Infield Fly in effect
b. No metal spikes
c. An 8-10 foot lead line will be on all bases. The lead line cannot be crossed until the ball is released from the pitcher’s hand
d. Delayed stealing is not permitted. The ball is dead when the pitcher returns to the rubber
e. Head first sliding is not permitted unless it’s returning to a base or the runner will be called out
f. Runners cannot advance past first on a walk unless a play is being made on them or another baserunner
g. If a runner leaves early a warning will be issued. On the second occurrence they will be called out
h. Runners must try to avoid contact with the player making a play on them. If the umpire feels there was intentional contact they will be ruled out
i. Any player who willingly or maliciously tries to run over a player will be ruled out and disqualified from the rest of the game.

4. GAMES
a. Games will be six innings
b. No new inning may be started after 1:45 of play
c. No mercy rule is in effect per inning or per game but teams may reach a mutually agreed upon system prior to the game and with the umpire’s knowledge

Rules for the Senior Division are based on National League (MLB) rules with the following exceptions/clarifications:

1.     ELIGIBILITY
a. Players shall be 13-17 years of age
b. Prep 13U (players under 13), Juniors (players 13-15), Senior (players 15-17) (with exceptions)
b. There are no minimum innings rules for players, but it is suggested that all players play a reasonable amount of time...remember, there are no playoffs and no standings

2.     EQUIPMENT
a. USA BATS, BBCOR, WOOD, and WOOD/COMPOSITE bats are permitted. BESR bats are prohibited. i. Any non wood bat must have the BBCOR certification code marked on the barrel of the bat. ii. Bats must be -3 or greater
b. Metal spikes ARE allowed

3.     GAMES
a. Games will be 7 innings
b. A 10 run rule will be used after 5 innings. The home team will always get last bats, if needed. The home team will NOT bat if ahead by 10 or more after 4 1 /2 innings
c. Game length is 2 and a half hours. A new inning may not be started after 2 hrs and 15 minutes
d. Bases at 90’ and pitching rubber at 60’6” (same as major league dimensions)
e. Games can be started/played with 8 players and players may be borrowed from opponent to meet this requirement upon mutual agreement by both coaches
f. Protests will not be allowed. The decision of the umpires on the field

4.     SUBSTITUTIONS
a. Courtesy runner required for pitcher and catcher with two outs is optional for pitcher and catcher at any time (use player not in field if available, otherwise use last batted out)
b. All players present will be included in the batting order (9 players in field). Teams may choose to bat only 10 but it must be announced prior to the game.
c. Free substitution on defense

BASE RUNNING
a. If there is a play at any base, runner must slide OR avoid contact

PITCHING
a. One balk warning per pitcher i. Minor/technical balks should be coached and not called
b. Pitchers may pitch up to 5 innings per game (up to 8 per weekend)

BATTING
a. Once a batter shows bunt on a pitch, the batter may not swing at that pitch. Violators will be called out - no warnings 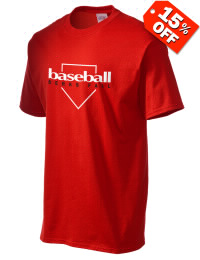 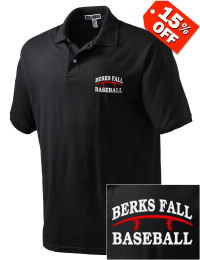 Every purchase benefits the Berks Fall

Every purchase benefits the Berks Fall