Subscribe to our Newsletter
The History Of Cayuga Youth Athletic Association
The Cayuga Youth Athletic Association was founded in 1959 as Cayuga Zone 7 Little League. Cayuga played baseball at the former Jay-Cee Park that was located at Colvin Boulevard and 99th Street adjacent to the former 99th Street school. The League played at this location from the early 1960's to the early 1970's. At this time due to concerns about strong chemical odors and the uncertainty of the safety at this field, the League decided to relocate. In the late 1970’s, the League’s concerns about this location were verified. Cayuga had been playing on top of the infamous Love Canal.

In 1974 Cayuga moved to Griffin Park next to the city boat docks on River Road. Two new baseball diamonds and a concession stand were constructed using donations from the community and parents within the league. On September 8th 1983 the 102nd Street landfill was listed on the National Priority List of Hazardous Waste Sites. Due to the proximity of Cayuga’s playing fields to this site, Cayuga Little League was notified that mandatory relocation was necessary. As a direct result of chemical contamination the members of Cayuga Little League were forced to relocate a second time. The League once again had to absorbed the cost of relocation. Cayuga moved to 91st Street Park the following season with senior baseball being played at the vacant 93rd Street School location.

In 1997 Cayuga Little League was changed to the Cayuga Youth Athletic Association in order to serve a larger area. The Association changed affiliations and became a member of Babe Ruth League, Inc. The change in affiliation was due to restrictions Little League had placed on Cayuga’s boundaries and membership, which prevented displaced Love Canal residents from participating in the Association’s programs.

In the 1970's, when the Love Canal tragedy occurred, the 93rd Street School was closed due to it being inside of the Love Canal Emergency Declaration Area (LCEDA). The LCEDA stretched from 93rd Street in to the Town of Wheatfield, from Cayuga Creek to Buffalo Avenue.

When it was determined in the 1990's that portions of the Love Canal area could be rehabitated by New York State, the Love Canal Area Revitalization Agency (LCARA) was created to accomplish this task. They were also charged with determining what to do with the former 93rd Street School.

Since the school had incurred significant structural damage due to sitting vacant for many years and being set on fire, it was determined that the school could not be restored and needed to be torn down. In early 2000, LCARA Executive Director Frank Cornell, was able to purchase the former school property from the Niagara Falls School District and secure a grant to demolish the school. It was at this time that Cayuga, realizing that the property was going to be sold and it's playing location would be lost, made an offer to purchase the 93rd Street School property. The CYAA was able to purchase the property at a very reasonable price in late 2000.

Once the property was bought, the CYAA set forth, led by Randy Retzlaff, to develope a plan to maximize the use of the 11.6 acres it acquired. With the help of funds that were donated to the Association by the family of the late Al Evans, Cayuga was able to hire Wendel Duchscherer, Architects & Engineers, to develop a professional plan for the site.

Wendel determined that the site would be able to host four ballfields, a full service concession facility, a playground area, and green space. Having a working plan in place, the CYAA went into action.

First thing to do was to secure funds for the site. A grant was written to the Niagara County Environmental Fund Legacy Project Planning Grant. In 2002, the CYAA was notified that it had been awarded $50,000 from the grant.

Using these funds, the CYAA was able to have all infrastructure (water, sewer, electrical) installed, the concession facility constructed, and one playing field built in 2003. This could not have been done with just the money recieved from the grant. Volunteer's performed many tasks which allowed the organization to stretch its funds. See the pictures of our volunteers in action in the Photo Album section of this site!

In 2003, Cayuga's 93rd Street Park became home to the Love Canal Area monument. Facing 93rd Street, the monument has a detailed timeline, along with important people, that made the revitalization of the Love Canal area possible. Many thinks go out to Frank Cornell for selecting our park to host such an important piece of history.

In 2004, after recieving donations and other smaller grants, the second of four ball diamonds was constructed using mainly volunteers from Cayuga.

The 93rd Street Complex Project has come a long ways since 2000. But the best is yet to come! More diamonds still need to built and we look forward to the day that we will be playing night games at Cayuga.

In 2005, after revieving donations and many volunteer hours we constructed our third ball diamond. Late 2005 we put up home run fencing on two of the three diamonds.

In 2006, we put up a score board at our Retzlaff Diamond. Thanks to Randy Retzlaff, and Kindzia Electric for their donations of time and money in order to make this project happen.

In 2007, With the help from the Lady Luck Tournaments we were able to inclose both the Retzlaff and Evans Diamonds with fencing. We also recieved a donation from the Wallas family. With this money, we are putting forth plans to construct a new Senior Diamond, and convert the current Senior Diamond into another muli-purpose diamond.

In 2008 we displaced the senior division in order to build a new Senior Diamond for the senior division...They have waited years to have a top notch facility to play at. Thanks to the donation from Wally Wallas we were able to make this feild of dreams come true. This new diamond will be called the Wally Wallas Diamond. We also build two new diamonds for our Tee-Ball players as well. Now our Tee-Ballers have a home to call their own as well.

We must thank the many businesses and individuals that have donated to this project: Assemblywoman Francine Delmonte, Senator Byron Brown, American Ref-fuel, Niagara Mohawk, the numerous local businesses, and all of the hard working volunteers here at Cayuga!

If you know of a business or individual that would like to contribute to this most worthy cause, feel free to have them contact one of the individuals on this site. All contributions to the CYAA are taxable deductions as the CYAA is a federal 501(c)(3) not-for-profit organization, along with a registered New York State charitable organization! 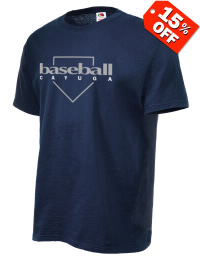 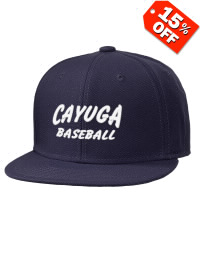 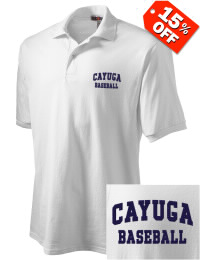 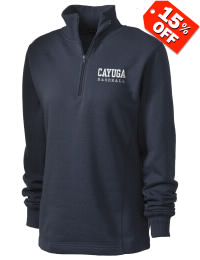 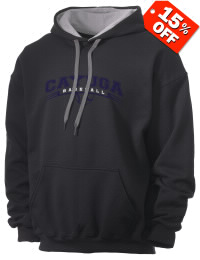