Evansville Day School admits students of any religion, age, race  sex, or national origin to all the rights, privileges, programs, and activities generally accorded or made available to students at the School. It does not discriminate on the basis of religion, age, race, sex, or national origin in the administration of its educational policies, admission policies, scholarships and loan programs, or athletic and other school‑administered programs.

The staff and administration of Evansville Day School strongly support our athletic program. Athletics are considered an integral part of the total program; a caring  and competent coaching staff, safe equipment, and adequate facilities have been provided. Every sport for boys and girls has been sanctioned by the I.H.S.A.A. It is up to the individual student to take advantage of some phase of the program.  There is a place for all students who wish to become involved in athletics.

We strive to achieve success, personal growth, and health, as well as  a lifelong passion through participation in

athletics .  Success does not mean winning every game we play but, rather, that each athlete competes to the very best of his or her ability in the quest for victory. We stress values such as sportsmanship, leadership, and character.  Additionally, we are interested in developing further skills in any given sport. Being part of the team or participating in an E.D.S. sport is a privilege each student athlete earns by putting forth all of his or her best possible effort in school and practice.

1. Please don't shout advice to your player during the game. Shout encouragement? You bet. A steady stream of technique suggestions, though, has no value. Your insightful tips may conflict with my instruction. 2. Please don't harass the refs. Parents who loudly harass the referee are embarrassing to the player and the team. When a parent makes a spectacle of himself at a game, the player is embarrassed. If the ref is being reamed by a parent for a bad call (by definition, a bad call is any decision made against the parent's child), what does the player learn? He learns that the mistake wasn't his fault. It was the result of poor officiating. This is a bad habit to get into. Don't encourage your child to place the blame for his/her failures upon others. One of the benefits of playing sports is learning to accept responsibility instead of making excuses. Sometimes a call is hard to take for whatever reason. Such times are tests of emotional control. If a player can learn to bite his lip and move on, a parent can learn to sit quietly for a moment and let the emotion pass. Learning to cope with disappointment is a valuable life skill. 3. Don't blame the coach for your child's problems or lack of playing time. Your child's struggles to succeed are your child's problems. Let him work them out without your interference. A player has every right to ask a coach what needs to be done to earn more playing time, for example. But a parent stepping in to demand playing time is another thing altogether. 4. Please don't talk bad about the coach in front of your child. The worst thing a parent can do is take pot shots at the coach, criticizing decisions, and complaining about his leadership. Support the coach and stand behind his decisions. 5. Please don't razz the other team's players. The other team's players should be considered off limits. Yelling at or deriding someone else's child is a shameful practice for an adult at a sporting event. Parents who intend to disrupt, distract or upset players exhibit the worst of poor sportsmanship. As a parent, be involved in a positive way. Attend your child's games as often as you can. Cheer for all the kids on the team. Help with fund raising. Assist with logistics. If you're not sure how to help, ask the coach.

There are probably a hundred ways to be a good team member and a good parent at the same time. When the larger definition of team is working well, the experience can be wonderful for everyone involved. People who see our program in action will want to be a part of it. Parents looking ahead to when their child will be old enough to participate will want to fit in and help. This kind of teamwork perpetuates itself. Once it gets momentum, it can be quite a force. It just takes parents who care.

At the end of each season, an Awards Night will be conducted to recognize the athletes who participated that season. Following is a list of the awards and how they are selected for each athlete.

1. Junior Varsity Letter ‑ Any athlete who has participated at the JV level receives a certificate. If an athlete participates in fewer than 50 percent of the varsity matches, he/she  will receive a JV certificate.

3. Most Valuable Player ‑ Voted on at the final team meeting by all the players. The coach will  take this input and make a final selection.

4. Most Improved Player ‑ Selected by the coaching staff.

5. AAA ‑ This award  is based on athletic ability, academics, and attitude. Coaches will be asked  for suggestions, and the final decision will be made by the Headmaster and Athletic Director. An award will be given to a senior boy and a girl at the end- of- year sports awards night.

6. Senior Blanket ‑ Awarded to an outstanding senior boy and girl athlete. Selection process will be the same as the AAA award.

7. Headmaster’s Scholar Athlete Award ‑ Awarded by the Headmaster to any senior athlete who competes in at least six different seasons at Evansville Day School and has an accumulative G.P.A. of at least 3.5. This award will be given at the year-end sports awards night.

8. Athletic Director’s Award - Awarded to any senior athlete who is a member of at least eight different teams while attending Evansville Day School. This award will be given at the year-end sports awards night.

All high school athletes at E.D.S. are required by the I.H.S.A.A. to have a physical examination completed and on file in the E.D.S. front office before participating in any sport.

If a student has an overall grade of "F" in a class, or 2 "D's" in the five core classes, the following steps will go into place.

Step 1 probation:
" The student will be informed by the Athletic Director that he/she is on probation.
" The parents will be notified of their child's situation.
" The student must turn in a weekly progress report for the class in question.
" The student has two weeks to improve those grades by developing a plan of improvement with the classroom teacher.
" If, at the end of the two week probation, the grade is not passing or significant improvement has not been made, the student  will be placed on Step 2 probation.

You are INELIGIBLE if:

In a sport you are 20 years of age prior to or on the scheduled date of the I.H.S.A.A. state finals tournament.

You play under an assumed name. You accept money or merchandise directly from athletic

You receive in recognition for your athletic ability any award not approved by your high school principal or the I.H.S.A.A.. You use or accept merchandise as an award, prize gift, or loan,or purchase such for a token sum.

You were not eligible in the school from which you transferred. There was undue influence

to transfer for athletic reasons. You attended another school, other than one you are presently eligible in, fifteen days. You participate in an interschool contest as a representative of another school.

You did not enroll in school during the first fifteen days of a semester. You have been enrolled more then eight semesters beginning with grade nine.

You did not pass five credit subjects in your previous grading period or semester’s end. You are not passing five full-credit subjects.

You are absent five or more consecutive days due to illness or injury and do not present to your principal written verification from a physician licensed to practice medicine that you may resume participation.

All accidents or injuries, home or away, are to be reported to the coach immediately.

On a 7th & 8th grade team, every attempt will be made by the head coach for every athlete to participate in a game. If the head coach believes that a limited number of athletes should be used for any given game, he will have the right to do so.

PARTICIPATION IN TWO SPORTS IN ONE SEASON

If an athlete participates in ten practices (pre-season) for a sport, he/she cannot quit that sport and join another sport until the sport season is completed. Example: An athlete cannot quit tennis to join the soccer team until the tennis season is over.

Daily attendance in school and practices is expected. An athlete must attend 1/2 of a school day to be eligible for participation in a game or practice.  Any exceptions must be approved through the head of the appropriate office.

All athletes will care for all equipment as though it were their own property. If equipment is destroyed through practice, it will be replaced by the school. If equipment is lost or stolen,  the athlete(s) will fulfill their responsibility by paying for replacement of item(s). Equipment may not be worn during school, at home, or on the streets without approval of the coach of that sport or on special designated color days.

Attendance at social events such as parties and dances, etc., is up to the parent or guardian. Athletes are expected to leave social events immediately where the illegal use of chemical substances is allowed by the host. Don’t be guilty by association.

EXPECTED STANDARDS OF CONDUCT FOR ATHLETES

Athletics defined: The Evansville Day School athlete is defined as and includes all young men and women who represent a team that engages in interscholastic competition and further includes all cheerleaders, student managers, and statisticians.

*             No player (s) will ever employ illegal tactics to gain an advantage. All players will devote themselves to being true sportsmen and sportswomen.

*              All athletes will care for all equipment as though it were their own property. If equipment is destroyed through practice, it will be replaced by the school. If equipment is lost or stolen, the athlete(s) will fulfill their responsibility by paying for replacement of item(s).

*                  All athletes will obey the specific training and practice rules of their team as given to them by the coaching staff of that team.

*                  Athletes should not engage in negative activities. Drinking alcohol, taking controlled drug substances, using tobacco products, using profanity, and being disobedient are harmful to athletes and their teams. Maximum effort and performance cannot be attained doing these things.

*                  Athletes must comply with the E.D.S. academic eligibility policy.  Team members should plan their time so that they devote energy to their studies to insure passing grades which represent their true ability.

*                  Be a positive influence in all you try to do. Work for the betterment of Evansville Day School and what is right for all activities and yourself.

*                  Officials deserve courteous respect. Realize that officials do not lose a game or a contest. They are there for the purpose of insuring both teams a fair contest.

Note: All Evansville Day School athletes must comply with school rules and standards set forth in this handbook, and the parent student handbook directory. Athletes are subject to disciplinary action or dismissal from a team as determined by the rules, coaching staff, athletic director, and head of the appropriate division of Evansville Day School. 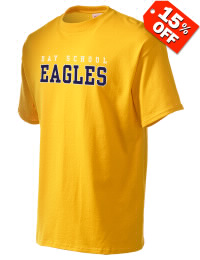 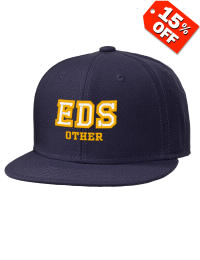 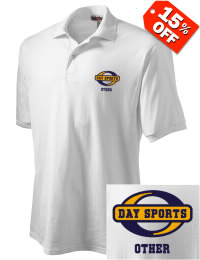 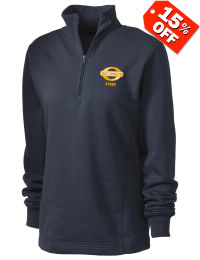