A little bit of background…

Originating in 2007 with one mixed bag of “Peewee” girls (aged between 6 and 12) and playing with the local minor hockey association, the Almaguin Girls Hockey Association officially set up shop in the fall of 2009. Growing each year, we haven’t looked back!

We are proud to be the Almaguin Gazelles.

For the 2011/2012 season we iced Atom, PeeWee, Bantam and Midget house league level teams and had almost 70 girls registered with our Association.

In 2012/2013 we iced SIX TEAMS with the addition of our first ever Novice house league team and also our first ever Midget B team. We have more than 80 Gazelles registered this season! 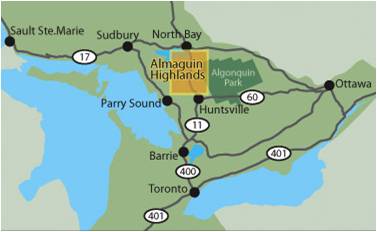 So, Where is Almaguin Anyway?  The Almaguin area  covers all the towns north of Huntsville and south of North Bay along the Highway 11 corridor (some 100 km). Our three “home” arenas are in the towns of Burk’s Falls, Sundridge, and South River. The total population of all of these small towns (between Novar and Callander) is just over 6,000.

Coaches!  As there is not a loop or league to play in, the girls spend a lot of time practicing and garner the majority of their games at tournaments. We are always looking for teams to play. We have prime time regularly on Saturdays in Sundridge (8-2:30) and can usually manage to secure extra ice time for a double header if any out of town team can make their way over to see us. So, if you are a Novice, Atom, PeeWee, Bantam or Midget coach and want some extra games, please look for the appropriate contact information on the site.  We would LOVE to hear from you!