1.       The rules pertaining to baseball are the same as major league baseball and can be found at http://mlb.mlb.com/mlb/official_info/official_rules/foreword.jsp

2.      Teams are allowed free substitution of players, however, if a player is substituted for, they must return to the same spot in the batting order (They can only reenter for the player they replaced). This includes pinch runners. The number of batters in the order must stay the same the entire game.

3.      There is one courtesy pinch runner per inning for injuries only. The runner must be the last out. If there is a player on the team’s bench, he may enter the game as a pinch runner and then be taken back out of the game and the player that was replaced may be brought back into the game.

4.5. If a team cannot field a team and must forfeit.  The forfeited score will be 7-0.  If a team cannot complete the 5 innings of a mercy, the winning team is awarded 1 run per inning they do not get their at-bats.

5.      Players that arrive late to a game are eligible to be included in the lineup. However, once that player comes up in the batting order, the team has two choices; 1. The team can take an out, continue in the batting order, and wait for the player to arrive.  2. The team can scratch the late player from the lineup. The said player then may only be used as a substitute. The team then must finish the game with the same number of players they started with. Games will start at the regularly scheduled game time regardless of if a team is waiting for players to arrive or not.

7.      If a player gets thrown out of a game by an umpire it is an automatic one game suspension. All players are subject to missing additional games based on the incident. Any additional suspensions will be based on 2/3rds majority vote of all the head coaches. All suspensions can be appealed. All appeals are heard by all head coaches. For a suspension to be overturned it must be a 2/3rds majority. If the manager is thrown out of the game, his team loses its vote

8.      In order for any player to be eligible for postseason play, the said player must have played 5 games during the regular season.  If a team did not play all of their games,  they may request to have the player added to the roster and the main board can vote to allow or deny the player from the playoff roster.

All rosters must be submitted by the start of the season. A copy of every team’s roster will be given to each team.

8.5  Trades-  In order for a player to be traded,  they must play at least 4 games with the team in order to be eligible for playoffs. They must still meet the 5 game total requirement.

For games that must be continued at a later date due to inclement weather: 1. Games are considered complete after 4 and ½ innings if the home team is winning and 5 full innings if the away team is winning. 2. Players that played in the start of the game must be in that same spot in the batting order if they are available in the continuation of the game.

11.  Teams are allowed to have an unlimited number of extra hitters in their lineup.

12.  The LBCBL will not adopt the MLB’s Intentional Walk Rule.

13. Both aluminum and wood bats are permitted. 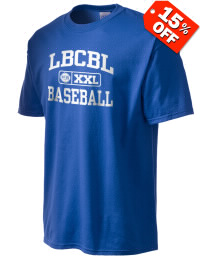 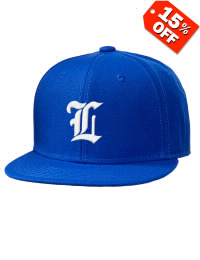 Every purchase benefits the Laid Back Competitive Baseball League

Every purchase benefits the Laid Back Competitive Baseball League