NEW PLAYERS: It COSTS you NOTHING to join our Free Agent / Pool Player list, and by signing up, your INFO will be made available to ALL of our managers. Signing up for the Free Agent / Pool Player list online is simple: just click JOIN LOS ANGELES BASEBALL LEAGUE and fill out the form. If you get picked up by a team, great! If not, don't worry, things change during the season and you may get a call from a team in need later on. And, the league either tries to place free agents to teams in need, or holds tryouts before each new season (held twice a year - spring and fall) for players that are still looking for a team, and have not found one. There is no charge to tryout for the Los Angeles Baseball League, but attending our tryouts is no guarantee you will be drafted onto a team. To all of you who might be thinking of getting back into the game, give it a shot, it's got to be better than softball.

RETURNING PLAYERS: We strongly recommend that you contact your team manager regarding his roster plans for you regarding the upcoming season.  After each and every season, each and every player is a free agent.

MINIMUM AGE FOR ALL PLAYERS: Date of birth is higher for 25+, 35+ age bracket divisions. In these divisions, you must have reached the age bracket's minimum age by 12/31/2020. Each division has exemptions for underage players, depending on that division (check with league officials or your manager to see what exemptions are applicable for your division).  Any exempt player must be a minimum of 18 years of age when playing.

RETURNING TEAMS/ MANAGERS: Before each season you must register your team for inclusion and should we have room, you will be admitted. A word to the wise...once a season is completed, ALL players are free agents, so get your players committed by registering for your team.

NEW TEAMS/ MANAGERS: If you have a NEW team interested in joining the Los Angeles Baseball League, please contact Dave Becker at labaseballleague@gmail.com or 310-850-7388.

The Los Angeles Baseball League is an organization adult baseball league dedicated to playing the game of baseball on the best fields and with the best umpires available to us. We also believe in "giving something back" through structured contributions to the baseball programs on whose fields we are allowed to play. Our league is governed by a panel of team managers and operated by the league president.

What is the Los Angeles Baseball League? The Los Angeles Baseball League is an organization adult baseball league dedicated to playing the game of baseball on the best fields and with the best umpires available to us. We also believe in "giving something back" through structured contributions to the baseball programs on whose fields we are allowed to play. Our league is governed by a panel of team managers and operated by the league president.

Why choose the Los Angeles Baseball League? The Los Angeles Baseball League is a highly organized league that plays a 20/21-game summer schedule (March - September), and an 8 game winter schedule (October - January) on the best high school and college fields available within our budget. Most, if not all fields have mounds, infield grass and fences; and all games have 2 umpires. We have separate Saturday and Sunday leagues with divisions available for all ages and abilities. And, summer championship games are played at the best fields available; most with scoreboards and announcers.

You have Saturday & Sunday leagues? We have separate leagues for each day, you can play in either, or if you are able to commit to the time and expense, and you love to play ball (like many of our players do), you can play both days. We have National and American divisions available for our Saturday divisions, and we have many options for our Sunday divisions.

What divisions do you have, and what type of competition is available for my team? Basically our divisions are based on age and ability. Meaning that you have to be a certain age to participate, and then you decide which ability level is best suited for your team. We have National and American divisions for most age groups, and, depending on the amount of teams we may have other divisions. We also may have a Sunday Open division which is the for the most highly skilled players.

What are the skill levels of each division? The National division is always a higher ability division than the American. We usually have Federal and/or Continental divisions, which would be lower ability divisions than the American, and we may have a Sunday Open division that is usually the highest quality of play. So basically, play in the division that makes you the most happy. Here is a sample of our typical divisions…in order of ability, so you can get an idea of which division would best suit your abilities…..Saturday National, Sunday South Bay National, Sunday National 35+, Saturday American 35+, Saturday American, Sunday South Bay American, Sunday Federal, or Sunday Continental. And of course keep in mind the age restrictions of a division will influence the overall ability level.

What do you mean by "highly organized"? The Los Angeles Baseball League leadership has been around since 1989, when the league consisted of 4 teams. This past summer season's team count was 30+. So we must be doing something right. We have our schedules made and posted in a timely fashion. We communicate field changes, roster changes, rules changes, or any other information as quickly as possible. In short, we communicate! Our website has stories, schedules, stats, videos, and all of the information needed to keep you up to date. Our Facebook page is filled with important updates, stories, photos, and our players can communicate with other players anytime.

What is the cost per team for the season? The cost per team is $5,200 for a 20-game 2020 summer season. You may say, "wow, that seems high". But it's really not. It's roughly only $20 - $25 per game per player. Other leagues may have similar per season rates, but remember, our season is 20 games guaranteed for our summer season. The cost per team was $2,000 for our 2019 fall/winter season with 8 games guaranteed for our fall / winter season! Umpire fees are not included in the league fees. *8-team divisions play a 21-game season and the team fee is more.

What does it cost for umpires? $100 per team on gameday payable in cash prior to the start of the game to the umpires. This amount is not included in, or part of the league fees.

What about playoffs and championships? Playoff and championship games are included in the league fee should your team qualify for the playoffs. And, playoffs are played on the best fields available; with most summer playoff games including scoreboards and announcers.

You say you "give back" to help baseball programs. What does that mean? Besides the permit and prep fees, we give structured contributions to the baseball programs on whose fields we are allowed to play. This helps these programs (kids) that are in dire need of help.

What does "league age" mean? Simply put, your league age for the 2020 summer season is how old you will be on December 31, 2020. Many of our divisions are age sensitive, so knowing a players "league age" is important. You must be at least 18 years old at time of participation. 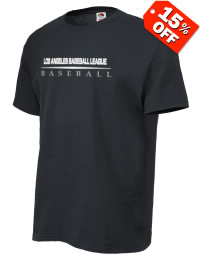 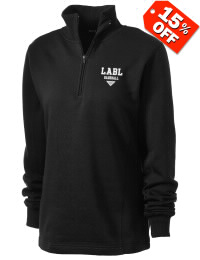 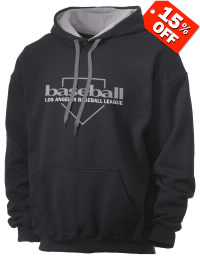