Evan left SHS as Somerville's All-Time winningest wrestler with 134 wins, finishing 8th at 132 lbs in his senior campaign as a Pioneer. Looking to continue his High School success, Evan looks to make a splash this year as a freshman for the Violets at 141 lbs.

2017-18: Finished the season with a 36-6 record, competing exclusively at 149 pounds…earned All-America honors with a fourth-place finish at the NCAA Championships, IAAC Fall and Spring Honor Rolls…NWCA All-Academic Team.

After earning four varsity letters for wrestling at The Ville and graduating in 2013, Nick decided to continue his career with the Ithaca Bombers. Nick is an environmental science major who has steadily improved each season at Ithaca. Earning 19 wins as a freshman and 26 as both a sophomore and junior, Nick was able to qualify for the DIII national tournament last year, as a junior. In his final season, Nick enters the season as the #7 ranked 141 pounder in the nation. We look for Nick to finish his college career standing on that podium with an All-American trophy in his hands. 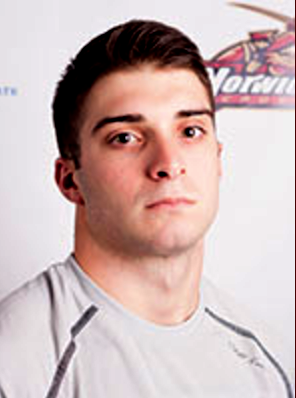 A Ville graduate in 2013, James was co-captain of his senior team with Nick Wahba (Ithaca). A senior now, at Norwich University, the oldest military institute in America, James he is working to crack the starting lineup at a stacked 157 class for the Cadets. Upon graduation, James plans to attend officer training school for the Navy or work as a civilian in Construction Engineering Management. He also like "long walks on the beach".