South Little League expects everyone at our complex or representing South Little League to conduct themselves appropriately which includes respecting Little League Officials, Umpires, Managers/Coaches, players and spectators. This includes but not limited to no profanity, drugs/alcohol, throwing of equipment (personal or league owned), inappropriate comments, and other disruptive behavior. All participants are expected to respect the posted rules at South Little League (or other Little League Complexes). Please remember this is a game and children are watching our actions. Everyone should practice good sportsmanship and teamwork.

If a manager, coach, parent/guardian, or spectator is ejected for a second time in the season, that person shall be suspended for the remainder of the season including tournaments and Allstars.

Any player who is acting in any way that is disruptive while at South Little League or while representing South Little League at another complex, may be given a warning by the coach/manager/umpire/Little League official.  The player is expected to correct the action immediately and going forward. In the event another warning is issued, the player is suspended from the current and following played game. If any other violations occur within the season (3rd occurrence) that player is suspended for the remainder of the season including tournaments and Allstars.

An umpire may choose to eject the player during any game. In this event, the player is suspended for the remainder of that game and the next played game. Any player ejected from the game must leave the field and complex with their parent/guardian. If no parent is present, the player must go to the concession stand or other designated area by the Board Official to await the arrival of a parent/guardian.  In the event the player is ejected for a second time within a season, that player is suspended for the remainder of the season including tournaments and Allstars.

IMPORTANT NOTE: The exception to any of these rules  is any deliberate negative physical contact or harm towards any other persons by ANYONE, whether warning has occurred or not, including but not limited to other players, coaches/managers, little league officials, umpires, and spectators. The individual is to immediately leave the complex and is suspended from the current and next played game. In the event this occurs, the Executive Board of Directors will determine further appropriate consequences which could include immediate suspension for the remainder of the season including tournaments and Allstars.

The South Little League Board of Directors reserves the right to review and determine appropriate consequences on any incidents.

Parent Guidelines for Honoring the Game

The key to cultivating optimal adult behavior (and reducing misbehavior) in Little League is “Honoring the Game.” To remember the tenets of Honoring the Game, use the acronym ROOTS, meaning respect for Rules, Opponents, Officials, Teammates and Self.

You don't bend the Rules to win. You understand that a worthy Opponent helps you to play to your highest potential. You respect Officials even when you disagree with their calls. You refuse to do anything that embarrasses your Teammates. Even if others fail to live up to these standards, you live up to the standards you set for your Self.

Here are a few ways “Second-Goal” Parents can contribute to a positive Little League environment so that children will keep having fun and keep returning to baseball and softball, where they can learn the life lessons they will need long after their Little League careers end.

1.  Make a commitment to Honor the Game in action and language no matter what others may do.

2.  Tell your children before each game that you are proud of them regardless of how well they play.

3.  Cheer good plays by both teams.

4.  Mention good calls by the umpires to other parents.

6.  If other parents yell at the umpires, gently remind them to Honor the Game.

7.  Don't do anything in the heat of the moment that you will regret after the game. Ask yourself, "Will this embarrass my child or the team?"

8.  Remember to have fun! Enjoy the game.

1.  Thank the umpires for doing a difficult job

2.  Thank the coaches for their commitment and effort.

3.  Remind your children again that you are proud of them -- win or lose.

Little League® is about having fun with friends, enjoying the sports of baseball and softball, and creating lifelong memories. That is as true for Little League parents as it is for Little League players. And from leading cheers in the stands to eating some of the tasty food at the concession stand, making your Little League experience more fun can also make it more enjoyable for your children.

Here are 5 ways for you to have more fun as a Little League parent.

Go Watch a Practice: Games are great, but practice is where your Little Leaguer® spends the most time with the team, and where your player’s true “sports personality” comes out. Take the time to watch a practice, and most likely, you’ll see a ton of smiles, and some great interaction between teammates. Hopefully, your Little Leaguer’s manager incorporates some fun activities into each practice. If so, be ready to experience the all-important lighter-side of youth baseball and softball. During games, players are often tucked away in a dugout, waiting for their at-bat or sitting out an inning so others can play. If you attend practices, you’ll see a side of your Little Leaguer you’ll really enjoy.

Think Like a Cheerleader: Interacting from the stands can be a good thing as long as it is positive, but instead of acting like coaches with at-bat and fielding instructions, moms and dads should play the role of cheerleaders. You don’t want to bring too much attention to yourself, so walk that thin line between embarrassing your child and showing enthusiasm and support.

Volunteer for Something You Like to Do: Every league needs community support, and volunteering is a big part of making leagues successful. If you’re proactive in volunteering, you might get involved in an area you really like, and where your talents can shine. Do you have a green thumb or at least an interest in gardening? Then, volunteer to get the fields ready before a game. That way, you won’t be obligated to help out in areas you’d rather avoid.

Prepare a Post-Game Playlist: Don’t let the outcome of the game bring down your Little Leaguer and sour the ride home from the field. In the car, put on your family’s favorite tunes. Keep the ride light and fun, and avoid recapping the game. That will help put a positive spin on the game, and help your Little Leaguer get excited for the next one.

Get Away from the Field: Everyone loves an end-of-season party, but there’s no reason to only have one a year. Think of ways for you to interact with your child’s team and their families during the season. 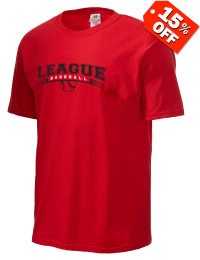 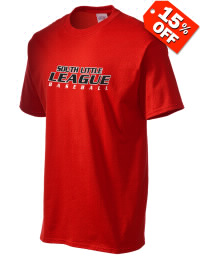 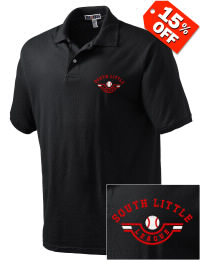 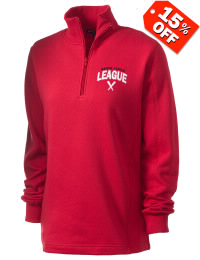