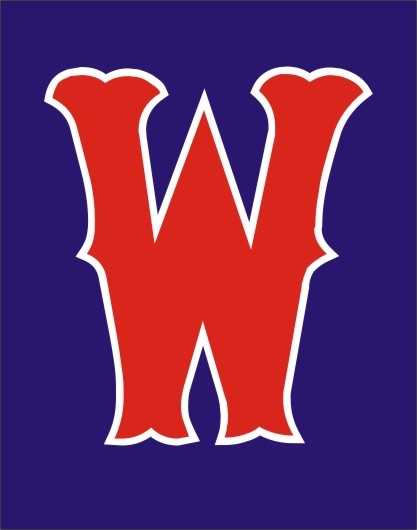 > 5/28/15 Garrett McGurl, Patrick Scheri and Connor Zielinski all had two hits in the season opener at Upper Darby High School. All three also scored runs and McGurl and Scheri each drove a double.

Upper Darby jumped out to a 4-1 lead after four, but the Wolverines tied it up in the top of the 7th on two HBP's, and three singles including a two-rbi shot by Sean Corelli.

UD was able to leave the field with the 5-4 win when their 9-hole hitter smacked a single in the bottom of the 7th. Then, with two outs, he stole second, advanced to third on a pass ball, and scored on a throwing error to seal the win for the home team.

> 6/3/15: Garrett McGurl went 7 strong innings giving up 3 earned runs and striking out 11 as Wayne got to 1-1 on the season with the 5-4 win over Narberth. The offense was led by Mike Lanzone's 2-hit, 2-rbi, 2-runs-scored effort that included a triple to deep left-center at Odorisio Park. Sean Corelli went 2-3 with a double and a RBI as Wayne piled up 9 hits on the Narberth starter. Alec Frey and Ross Ebersole each had key singles that drove in runs.

> 6/8/15: Evan Moore notched his first Sr Legion win with HUGE support from Garrett McGurl who came in the game in the 5th with the score 5-4 in Wayne's favor. McGurl promptly threw three shut-down innings, absolutely dominating Norwood hitters with 5 k's and no hits.

But the real story was at the top of the line-up: Matt Schaefer led-off and went 3-4 with 3 runs scored, Wojo went 2-3 with a triple, 2 walks, 2 runs and 2 RBI. Lanzone and Corelli added three hits each with Lanzone also contributing a run scored and 3 RBI including a sac fly.

The 7-4 win at Hillcrest field brings the Wolverines to 2-2 on the young season.

> 6/15/15: Pat Scheri called a great game behind the dish as Evan Moore threw a complete game and the Wolverines got the 5-1 win at Harriton High School. Moore scattered 5 hits over 7 innings. The D was flawless including highlight-reel catches by Alec Frey and Andrew Austen in the outfield, a pick-off at 2b between Moore and Wojo, and an amazing scoop by Jack Collins at first base to end the 4th inning.

Wayne's 5 runs came off an 8-hit team effort including Matt Schaefer's 3-4 night and Nick Wojo's 2-rbi single in the 4th. But the play that really fired up the Wolverines was Joe Riley's head-first slide at home to score a run on a pass-ball with two outs in the second inning. The great all-around team effort gets the Sr Wolverines to 3-4 on the season.

> 6/17/15: Broomall-Newtown plated 6 runs in the 4th inning to help them cruise to a 9-2 victory at Marple-Newtown High School in the opener of a home-and-home series.

Wayne had a hard time generating rallies as it was one of those nights when every hard-hit ball found a defender's glove, including 4 double-plays turned by the B-N defense. Wojo (2-3, RBI) and Matt Schaefer (2-4, 2B, R) stayed hot and Ross Ebersole reached base twice with a run scored.

Alec Frey got the start and pitched into the 4th, and Jack Collins finished the game on the mound.

The two teams play the back-half of the series Thursday evening (6/18) at Odorisio Park.

In his first official start for Wayne after moving to our community from Colorado, incoming Radnor Junior Jack Koons went the distance giving up just 2 earned runs on 5 hits (only one hit after the first inning) and 1 walk with 4 K's.

At the plate the story once again was the red-hot Matt Schaefer who's back must be hurting at this point! Schaefer only went 3 for 4 with 2 doubles, 2 runs scored and 2 RBI - oh, and he turned a bases-loaded 5-3 double-play with Jack Collins in the 4th inning. Andrew Boujoukos had a good game at DH in the clean-up spot going 2-3 with an RBI.

BN plated four in the 1st inning on some good hitting and shaky Wayne D. But the home team never quit and chipped away scoring 1 in the bottom of the 1st, 2 in the 3rd, and took the lead for good plating 2 in the fourth. From that point forward Koons and the D cruised to victory.

Special mention to Pat Scheri who once again called a great game behind the plate with a young pitcher on the bump. Scheri was also part of two huge outs when he threw out a base-runner at 2nd in the top of the second inning and also took a throw at home and nailed a runner in the 6th, erasing a run that would have tied the game.

The Sr Wolverines are now 4-5 on the season and welcome Upper Darby to Odorisio Park tomorrow evening at 6pm.

> 6/19/15: Andrew Austen went the 5-inning distance on the bump as Wayne 10-runned Upper Darby and posted a 12-1  win at Odorisio Park. Austen pounded the strike zone allowing zero earned runs with only 2 hits, 2 walks and 4 strike-outs.

Austen also helped himself at the plate going 2 for 2 with 2 runs scored, a walk, one RBI and a stolen base.

All of Wayne's damage came in the 4th inning where Wayne sent 17 batters to the plate posting 10 hits (including a triple by Schaefer, and doubles by Ebersole and Boujoukos), 4 walks, and 4 stolen bases. All 12 runs were earned as Ross Ebersole drove in 3, Alec Frey drove in 2 and 7 other players each had one RBI. Frey and Evan Moore each had two hits in the same inning. At one point in the inning 11 batters reached safely with no outs, and the inning started with nine straight hits. Coach Jordan believes some of these numbers may be Wayne Wolverine records.

> 6/22/15: Mike Lanzone had a night for the ages as Wayne beat Springfield 11 to 4 at Springfield High School. Lanzone went 5 for 5 with a triple, 2 doubles, 3 RBI, 3 runs scored and a stolen base - just an incredible display of hitting from Lanzone.

Jack Collins had a good night as well going 2 for 4 with a double and 2 RBI and Connor Zielinski went 2-4 with a sacrifice, a run scored and a stolen base.

Wayne posted 7 of the 11 runs in the 4th, 5th and 6th innings to put the game out of reach. Evan Moore got the start and the win going five innings with 4 earned. Jack Koons took the bump in the 6th and absolutely shut the door for two innings allowing no hits and no walks. Koons was involved in all six outs as he struck out 4 and fielded the other two, throwing to Jack Collins for the 1-3 put-outs.

The win puts the Sr Wolverines above .500 for the first time since early in the season. They are 6-5 and take on Nether tomorrow evening at Odorisio Park at 6pm.

In a game that took a little more than an hour to play, Sean Corelli pitched a complete game shutout, giving up only 4 hits while striking out 5 and walking one. Corelli helped himself at the plate driving a double in the 4th inning. Conor Rinehart pitch-ran for Corelli and scored on a Wojo sac fly.

> 6/29/15: Jack Koons took the mound at Odorisio Park and pitched 5 strong innings giving up only 2 hits and 3 walks while striking out 2. Garrett McGurl came in to close, pitching the sixth and seventh. McGurl shut the door with 4k's while only allowing 2 hits and 2 walks.

McGurl and Koons also starred at the plate with Koons knocking a 2-RBI single in the 4th followed a few batters later by McGurl's booming third-baseline RBI triple. Sean Corelli had a productive night going 2-3 with 2 RBI. Connor Zielinski had two hits with a stolen base and a run scored and Matt Schaefer roped an RBI double and scored a run.

Stat of the night > Wolverines pitchers have only allowed five runs in the last 32 innings (and four were scored in one inning).

Props to Jack Collins and Wojo who stepped in to catch on a night when the Wolves were short-handed at that position. The Sr Wolverines are now 8-5 and take on Aston Wednesday (7/1) at Odorisio at 6pm.

> 7/1/15: Sean Corelli couldn't get much run support while posting a complete game, 10k outing. Wayne had a hard time getting the bats going on this beautiful Wednesday evening at Odorisio Park. The Aston pitcher struck out 11 Wolverines en route to the 3-2 win. Connor Zielinski and Wojo scored Wayne's runs after hitting singles and stealing bases. Sean Corelli and Martin Connor got the RBI's.

Wayne created scoring chances in the 4th inning as Garrett McGurl led-off with a single. McGurl advanced to 2B on a wide pick-off throw by the UD pitcher. Nick Wojo laid down a nice sac bunt to move him to 3rd base, then McGurl scored as Corelli reached base on an error by the UD second baseman. Andrew Austen ran for Corelli and was caught in a rundown after a Mike Lanzone single. Lanzone advanced to second on that play, then scored on a Jack Collins RBI single.

Wayne plated another run in the 5th when Matt Schaefer singled, stole a base, then scored when Wojo reached base on an error by the UD shortstop.

> 7/10/15: Wayne pitching continues to lead the team through the playoffs as Garrett McGurl threw a complete-game 2-hitter at Haverford High School. McGurl struck out 14 with only two walks as Wayne beat Haverford 5-0 in their second game of the Main Line Senior legion playoffs.

McGurl also helped the team's offense going 2-4 with 2 runs scored. Sean Corelli, last night's winning pitcher, went 2-4 with 2 RBI and a run scored. Jack Collins stayed hot with a 1 for 3 evening and added a stolen base. Wojo also went 1-3 with a run and a walk.

Wayne hosts Nether tomorrow morning at Odorisio Park at 10am in a battle of the playoff unbeatens.

> 7/12/15: After a 3-0 loss to Nether, Wayne will play Haverford at Haverford High School Monday (7/13) at 5:30pm. The winner will play Nether in the Main Line Senior Legion championship game on Tuesday evening, and will have to beat Nether twice to win the title.

With Garrett McGurl on the bump, Wayne beat Haverford last Friday evening 5-0, as McGurl fanned 14 and only allowed 2 hits.

> 7/15/15: The Wayne Senior Legion 2015 season wrapped up with a 2-0 semi-final playoff loss to Haverford on Monday, July 13. Sean Corelli was once again sharp on the bump and allowed only 2 runs through 7 innings with 5 k's.

The Sr Wolverines opened the 2015 season at a sluggish 2-4 pace, but rallied to finish 3rd in the regular season, and ultimately, 3rd overall. Corelli and Garrett McGurl led the pitching staff, and Corelli, Mike Lanzone, Matt Schaefer and Connor Zielinski all hit over .300 with more than 30 at-bats each. Defensive leaders were Jack Collins (1B), Zielinski (CF) and Pat Scheri (C) who anchored three vital positions almost flawlessly.

Thank you to our coaches who put us in a position to win every night. And thanks also to the parents, fans and supporters who came out to cheer both home and away.

Best of luck to the players who are moving on - don't ever forget your time with the Wolverines and thank you for what you've meant to the organization. You're always welcome in the dugout. (and Coach Jordan said you can throw BP anytime!).

Thanks again for your support, Enjoy the rest of your summer!!