Welcome to the Altoona Youth Hockey Program!  Our youth hockey program is based on USA Hockey’s American Development Model (ADM).

We welcome boys and girls from preschool to 8th grade!  Players can enter at any stage – it is never too late to try hockey!

AYHA also hosts the ECA Junior Stars girls hockey program.  We welcome girls from Altoona, Eau Claire, Fall Creek and the surrounding communities to play girl’s hockey.  Girls have the option of skating on the girl's teams, if numbers allow, but they allows have the option to skate on the co-ed teams.

The hockey season starts in late October and ends in February or March, depending on the level your child plays.

Beginners (First time hockey players)- Co-ed – This program is designed to emphasize the fundamentals of skating and hockey.  As a learn to skate/learn to play program, this level is perfect for first time skaters, younger skaters, and even the older kids who has never played hockey but want to give it a try.  The Beginner season is split into two parts – the first session runs from November to December and the second session runs from January to February.  Families have the option of registering for one or both sessions.  Beginners will skate in Altoona 1-2 times a week with the season culminating with an end of the year Jamboree.  Emphasis is on fun and fundamentals.

Mites (U8) - Co-ed – This age group will continue to learn the Fundamentals of hockey skating and puck control through small area games and drills.  Skaters will refine fundamental movement skills and begin to acquire basic sports skills.  The Altoona Mite program is based on the USA Hockey’s Red, White and Blue program – which promotes cross-ice practice and games.  There will be some travel for cross-ice jamborees and events, at the team and coach’s discretion.  Emphasis is still on fun and fundamentals.

Why do we play Red, White and Blue Hockey?

Squirt (U10) - Co-ed– This program allows skaters start to transfer skills and concepts from practices to games.   We try to promote a balance of practices and games to promote continued development of hockey skills.  The schedule will consist of about 20 full ice games.  Games will be played in Altoona and will include some travel games usually within 1-2 hours of Altoona.  Emphasis is still on fun, fundamentals, and team.  No checking is allowed at the Squirt level.

Peewee (U12) - Co-ed or Girls - This is the next step in youth hockey.  Practices and games are still balanced with about 25-30 full ice games per season.  Games will be played in Altoona and will include travel games usually within 1-2 hours of Altoona.  Emphasis is on fun, fundamentals, and team, but it is a more competitive level.  No checking is allowed at the Peewee level.

Bantam (U14) - Co-ed or Girls -This is a very competitive and physical level.  Skaters begin to develop speed, strength, stamina, and flexibility.  Games will be played in Altoona and will include travel games usually within 1-2 hours of Altoona.  Emphasis is on fun and fundamentals, while preparing the skaters to play high school hockey. 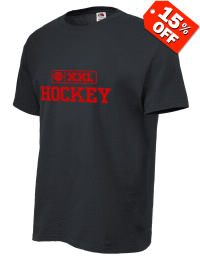 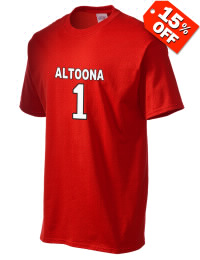 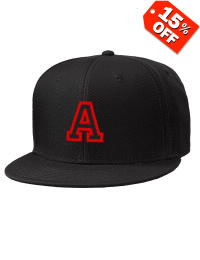 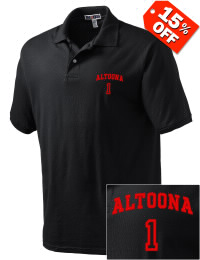 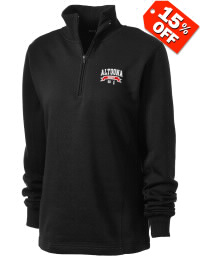