The 18u team took second place this weekend in Baytown. Due to scheduling conflicts like SAT, other HS games and injuries we were missing nine guys, but that’s fall ball. It also gave some of our younger players a chance to step up with the big team. Very good job this weekend boys. RHP Elio Sequea was dominate in game one on Saturday with a 4-1 win, 2013 Mitch Henshaw was 4-5 with a 2B in two games Sunday. 2012 6’3” 215 RHP Brett Stepanski did an outstanding job Sunday in his first outing on the mound for the win.

A big weekend for the 16u Buckaroo team going 3-0-1. Outstanding job by Coach Coulson and the boys. Back at it tomorrow.
2011 HIGH SCHOOL DIVISION (17 & Under) Knoxville, Tennessee

The Maryland Monarchs completed a memorable four days in Knoxville on Sunday.
Austin Clark fired a three-hitter and the Monarchs posted a 6-0 victory over Allen Baseball of Houston, Texas, in the championship game of NABF High School World Series at Tennessee's Lindsey Nelson Stadium.

The Monarchs went 6-0 in the Sophomore World Series.

Monarch’s Right fielder Tom Labriola was the World Series batting champion — hitting .470 (8-of-17) for the tournament — and eight other Monarchs were chosen to the all-tournament team.

Among them were pitchers Clark, Joe Benitez, and Matt Golenzki, and catcher Lee Lipinski.

"I thought we'd pitch and play defense," Steve Miller said. "I didn't know about the bats. We scattered enough across the plate to win ballgames."

Allen Baseball trailed 4-3 in the bottom of the seventh and won the game on Santiago Villanueva's RBI single.

Allen coach Matt Coulson said his team was gassed after the semifinal.

"We were completely worn out," he said. "We were done. They fought hard. We came back (Saturday) and we came back again tough (Sunday)."

Allen Baseball, which went 6-2 in the tournament, knocked off two-time defending champion Virginia Barnstormers 6-3 in the Final Eight on Saturday afternoon. The Barnstormers led 3-0 before Allen scored six in the sixth inning.

"We battled all the way through this tournament, but that's the kind of stuff we do down in Texas and that's what our program is based about," Coulson said. "We don't ever give up, we never give in one time. I couldn't be more proud of my guys right now."
2011 HIGH SCHOOL DIVISION ALL-TOURNAMENT TEAM

Be there one hour before game time. Blue shirts on Saturday, Grey Sunday. Text me with your status for this weekend. Wood bat for older team, BBCOR for 15u. 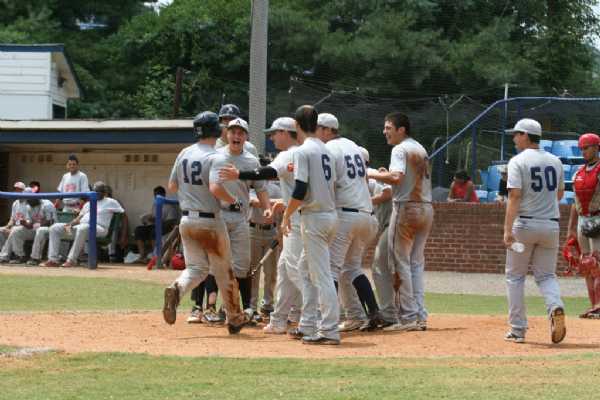 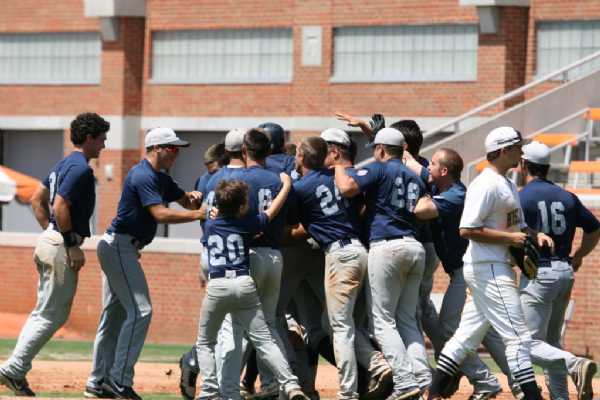 Congratulations to the 17u team who finished second place in the 17u NABF World Series in Knoxville Tennessee. 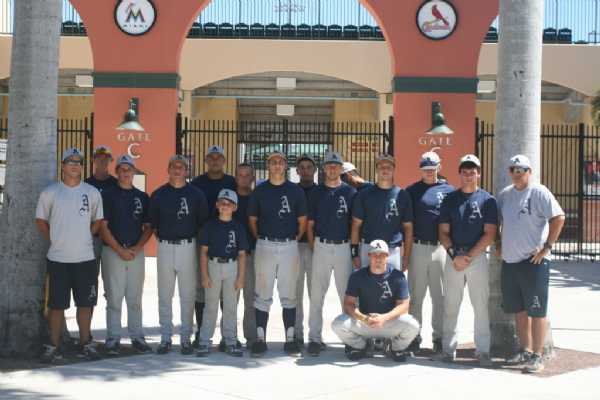 The 17u Team won their pool going 4-1 and finished in the top 8 teams at the World Scout League World Finals in Jupiter Fla. One of the highlights was a 3-2 win over national power Chet Lemons Juice, who did bounce back to win the over all championship. A great job by all the players and parents. 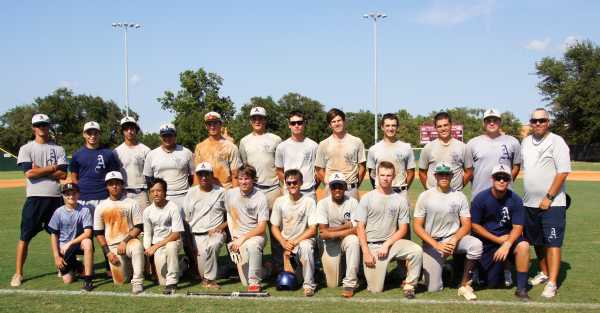 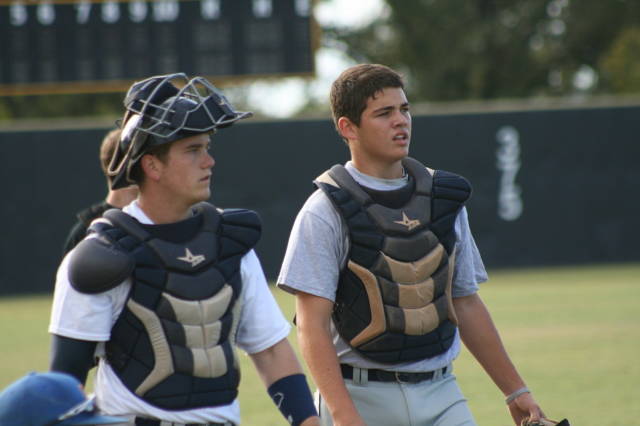 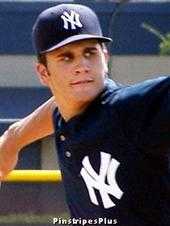 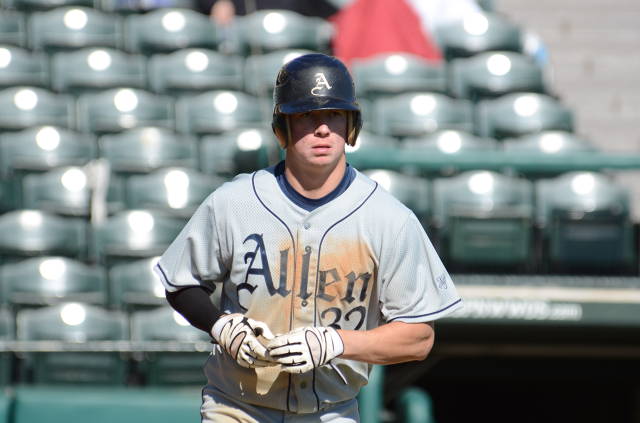 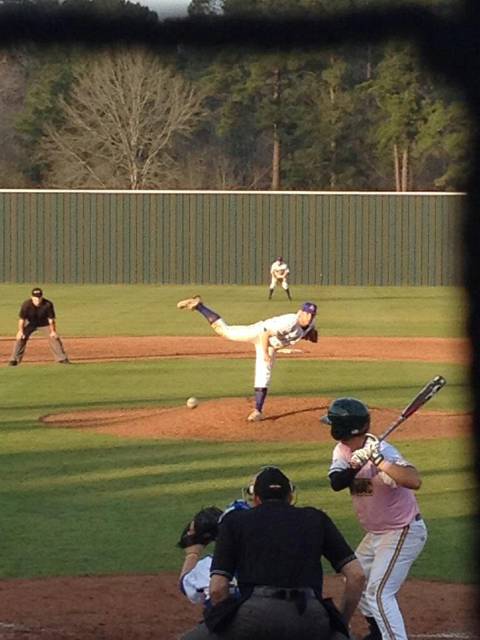 RHP Greg Belton, CF Caleb Kroon and out of the pic but in LF Chase Weaver all three on the field at Angelina College. A great day for not only them but this proud coach. 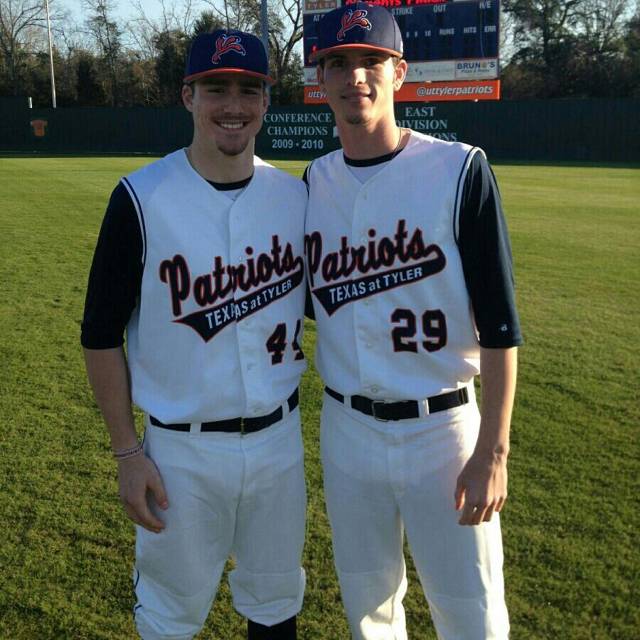 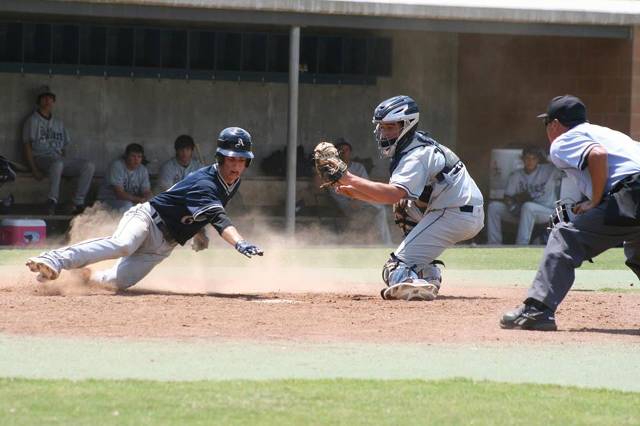 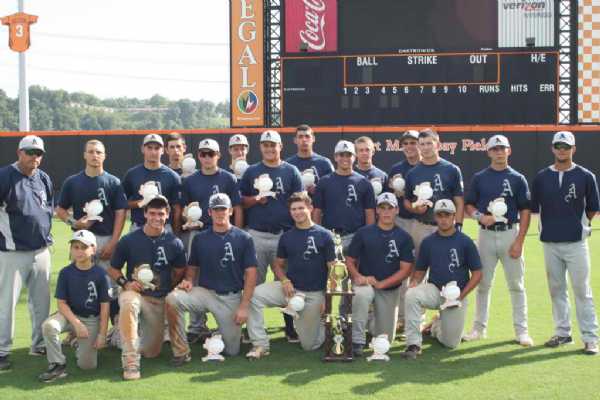 Not a bad two years of work boys. Congrats and best of luck. 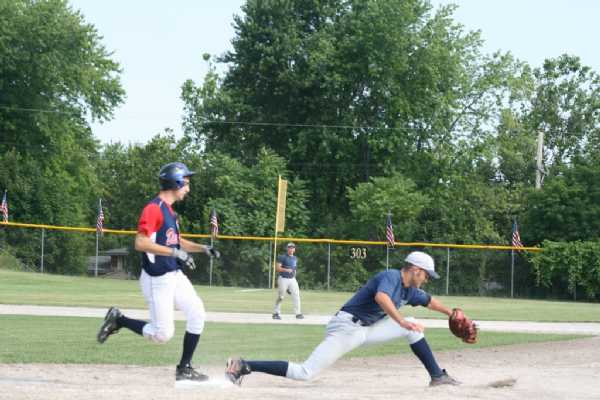 The 16u Gray Team took second place this weekend in Baytown Texas going 2-1-1. Congrats to all the boys. 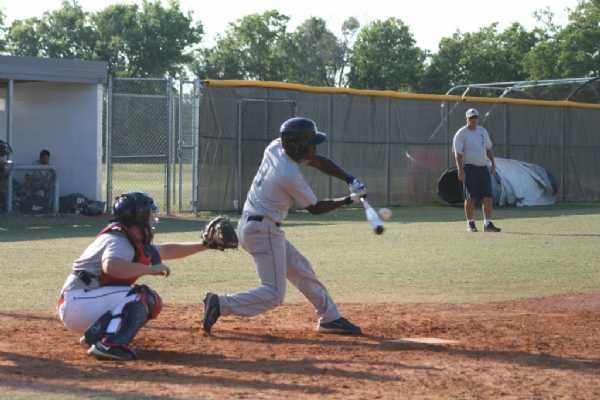 Our 18u Team took first place this weekend at Lamar University. In the Championship game RHP Benny Suarez from Mayde Creek HS gave up only 1 hit and no runs in a rained shorten 5 inning game. Angelina bound Zach Cordia added an inside the park homerun. Ryan Wo also had 2 RBIs. 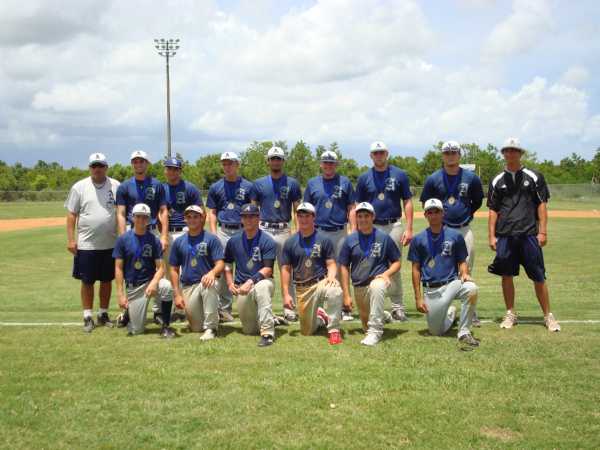 The 18u team finished the Summer Season on a high note going 4-0 and winning first place in Hitchcock Texas. 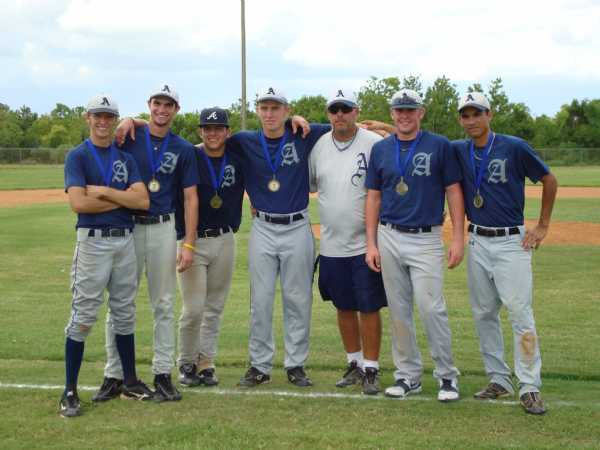 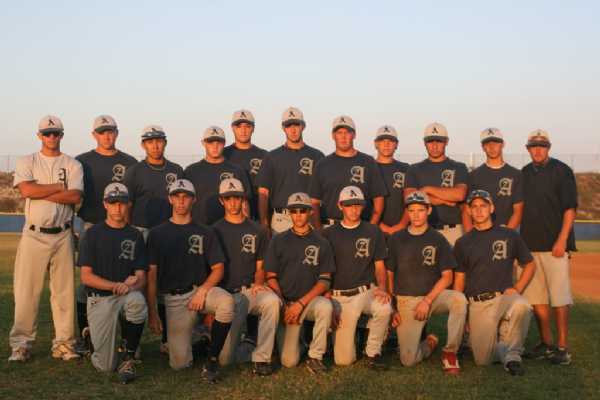 The 16u Team finished in 3rd place at the United States Amateur Baseball Federation 2009 Senior World Series in San Diego Ca. Congrats to all the players,coaches and parents.

The 2009 NABF Junior Divison World Series All Tournament Team has been announced. (AT LEAST 12 AT BATS)

Also please note that Christian Rivera was 6-10 with 2 HRS, 2 2BS, 3 BB and 2 HPB but did not make it because he needed 12 at bats and the HBP and BBs did not count towards his ABS, but he was outstanding and one of the most feared hitters in the tournament. He also was tied for the lead with the most HRS in the tournament at 2. 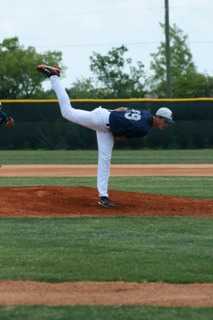 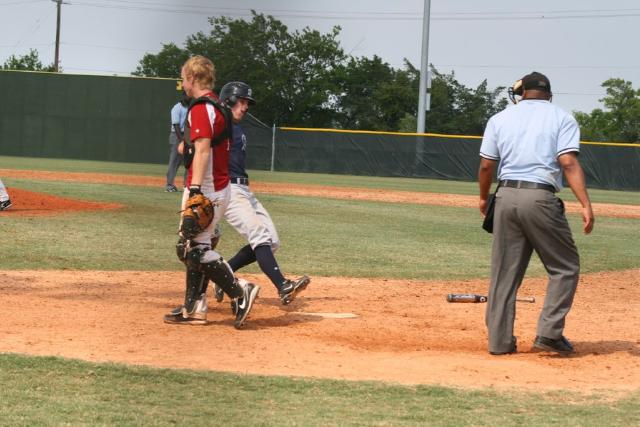 Zach Taylor scores the winning run of the tournament off a single by Zach Garcia. 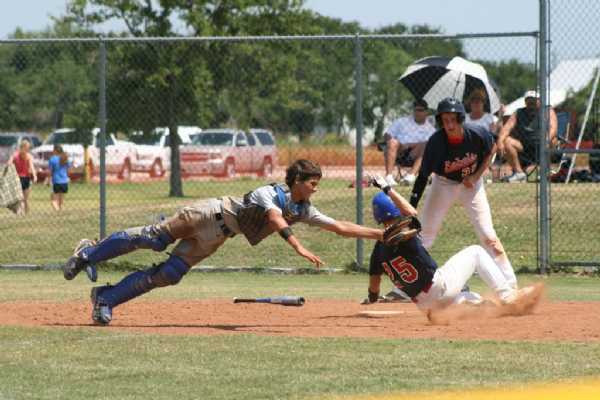 The 16u Blue Team took second place this weekend in Baytown. Congrats to the boys on a great weekend. 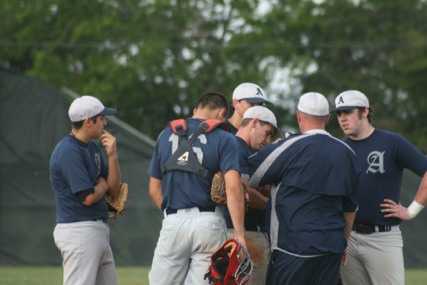 18u Grey Team finish in 1st place this weekend in Baytown. Congrats to the boys on a job well done. 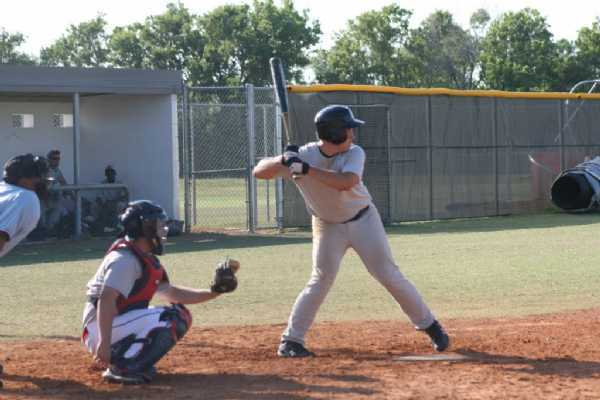 Conroe’s Greg Belton tries to turn a double play against Oak Ridge during a game in Belton’s sophomore season with the Tigers. Belton recently hit .480 in the Junior Sunbelt Classic All Star tournament in McAlester, Okla.

By Keith MacPherson
Updated: 06.21.10
Given a days notice about an All Star tournament played in a state away, Greg Belton didn’t have time be nervous.

So when Conroe coach Frank Romero called Belton early in the morning the day before the Junior Sunbelt Classic baseball tournament in McAlester, Okla., Belton and his family adjusted their schedules and went for it.

The six hour trip that began at 5 a.m. paid off for Belton whose bat sizzled throughout the 14th edition of the tournament that hosts some of the top high school juniors from nine different states and Canada and gives players a chance to hone their skills against some of the top competition in the nation.

“It was pretty cool,” Belton said. “I didn’t think I had the greatest year but when I found out they selected me, I was pretty happy about it.”

Belton didn’t disappoint either. He would hit .480 in 25 at bats including two home runs, 10 RBIs and five runs scored while playing for team Texas. After the tournament he was rewarded by being named to the All-Tournament team.

“I was completely focused the whole time,” Belton said. “I was seeing the ball really well. It was like they couldn’t throw anything by me.”

Belton and team Texas would represent that state well in the tournament, finishing in fourth place out of 11 teams.

During the 2010 season Belton showed signs of power including hitting a moon shot in the team’s season-opening win over Alief Elsik but the two home runs kind of came as a surprise he admitted.

“The first pitcher was throwing kind of slow so I was trying to stay back. I think I kind of got lucky on that one,” Belton said. “The second one was a fastball inside and I was able to hit it over the left field wall.”

One thing that isn’t a surprise for Romero is the success that Belton had at the tournament.

“He’s been working really hard,” Romero said. “I think back to when he was a freshman and talking to him about what he had to do to get better. We knew he had to get stronger and faster. You see him now and it’s obvious he’s done those things.”

Romero said that the added pressure of playing against some of the best players in the country only helped Belton’s confidence.

“I think anytime you’re in a situation like that where you’re playing the best of the best, it brings the best out of you,” he said.

The versatile Belton spent most of the 2010 season playing shortstop and a little time on the mound but found himself on the hot corner at third base during the tournament.

With the tournament past him, Belton will play the remainder of the summer with the Allen Baseball Club but the surprise call for the All Star tournament in Oklahoma is something he’ll always remember.

“It was a lot of fun,” he said. “I had a great time. I just went up there and played the best baseball I could.” 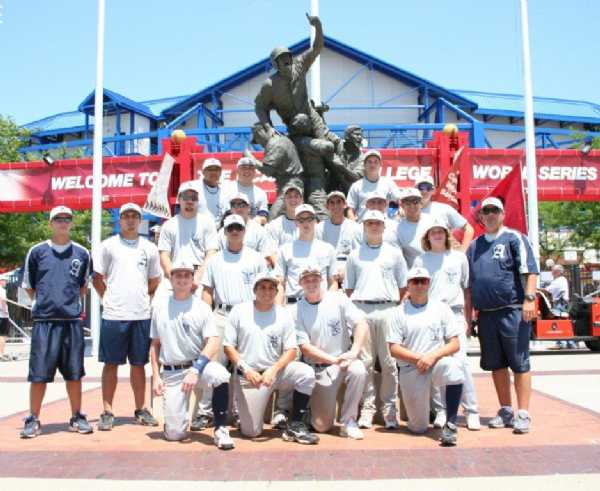 17u Team finished 4-1 in the final four. The championship games where rained out.

18u Grey Team where rained out. No games played.

Over all a very strong week in Omaha for the Allen Baseball Club. Our teams went a combined 9-2, but as always we did it with hard work and with class. Great job boys. Have a safe trip home and I'll see you soon. 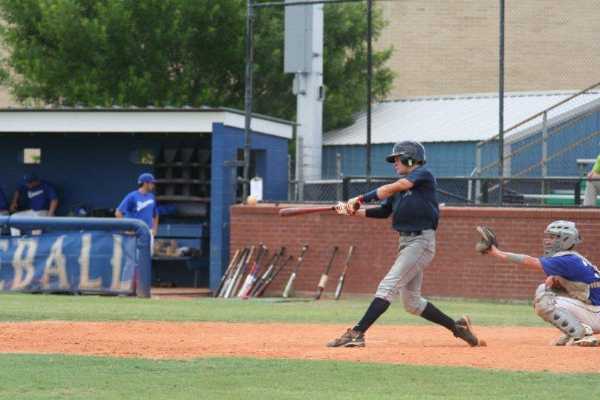 Congrats to the 18u Blue Team for going 3-0 this weekend before the rains came. A strong showing of Pitching and use of the wood bats. 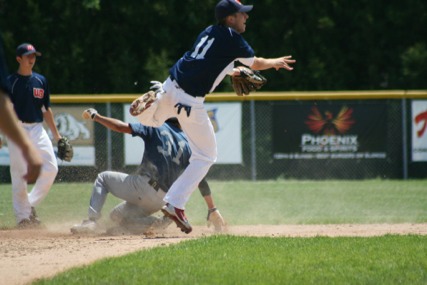 The last 16u Tournament of the season ended on a high note. The guys pulled it together on Sunday in the heat to beat both the number 2 and 1 seeded teams to will the Tournament at Baytown Sterling. A really good team effort by the boys. Congrats to you all. 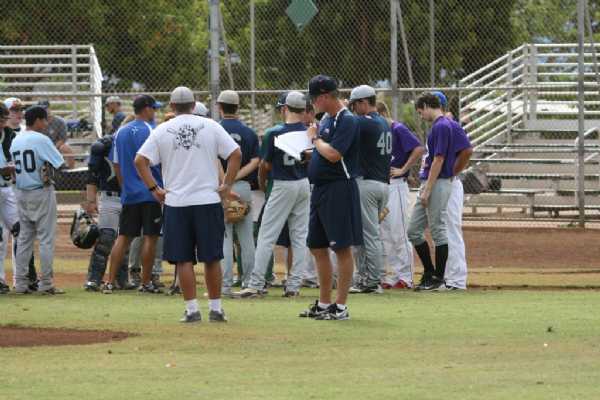 I am pleased to announce our 16u Team will be playing in the 2009 Senior World Series Aug. 7th-15th in San Diego, CA. Check in will be Aug. 6th. This is one of the top events for teams from the west coast. We will have Tuesday Aug. 11 set aside as a off day. Hotel info to come at a later date.

LHP Sam Johnson from Hitchcock Texas had 17 strike outs in 6 2/3 innings last night only allowing one hit and no runs. WOW 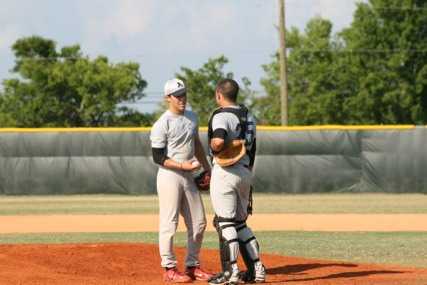 In a very good tournament at Angelina College in Lufkin the 18u Team finished 3-1 for second place.