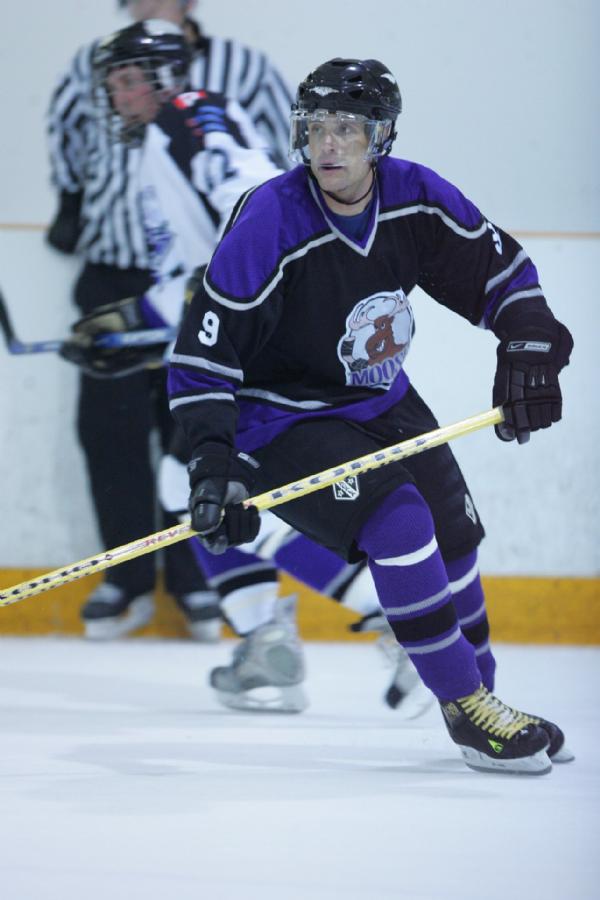 But the star forward for the Moose won’t be skating with the team this week when it goes to Las Vegas to compete in the Hockey North America Finals. That’s because Auger is in Iraq, serving a four-month tour of duty with the U.S. Army Reserves.

Auger was deployed in April with a U.S. Army Reserves medical unit out of Georgia for a 4-month tour. He is halfway through his deployment and should return home in August. He is part of the 345th unit out of Jacksonville, Fla.

Auger, of Gross Ile, works as a nurse anesthetist at South Shore Medical Center in Trenton. In Iraq, he’s working in the same capacity at an undisclosed U.S. Army hospital near Baghdad.

He joined the Army Reserves in 2001 when he was in anesthesia school at Wayne State University. In past years he has been deployed for duty at the U.S. Military Academy at West Point and at the Brooke Army Medical Center in San Antonio, TX.

``This is my first time going to Iraq,’’ said Auger back in April. ``I’m anxious about going, anxious to get there and get back home.’’

Back at home, his wife Jean and their two sons (3 years old and 2 years old) are awaiting his safe return – sometime in August. Moose team members are doing their duty to check on the family to make sure they are well.

Auger has been a leader on the Moose team for 3 years and was a major force in the 2007-2008 season, netting 5 goals and 5 assists. He earned the nickname ``the chin’’ last year in the HNA championships in Toronto when he took a slapshot on the chin from about 10 feet away. Fellow Moose winger – and surgeon – Zach Lewis stitched up Auger on the bench. He only missed two shifts. Auger continued playing with the Moose in the HNA Finals, helping the team win the championship game 6-5 against the Cleveland Icemen.

In an email Monday, Auger said to the team: ``Hey boys, good luck to you. Over here livin' the dream. Actually, it's not so bad. It is about 110 today, but not sunny. There's a sand storm blowing through (one of many), visibility is about 50 feet. Kick some ass and drink some beers. I miss beer. Just thought I would mention that. Have fun – Mark.’’

Each player on the Moose team is honoring Auger by wearing a special sticker with his number on their helmet that says ``Hurry Home 9.’’

``We all miss Mark and we look forward to his safe return. We look forward to Mark rejoining our team as soon as he gets back,’’ said Moose Captain Derek Fowler. ``As I’m sure Mark watched the Red Wings on national military network (win the Stanley Cup last week), he’ll be watching us via the internet as we play in Vegas.’’

Each game at the Las Vegas Ice Center – the host arena of the tournament – will be broadcast live via web cam.

``We are honored to have a great service man on our team -- and most importantly a husband/father -- to make us all look deep within ourselves and ask personally, `What have I done to make a difference?’ ‘’ Fowler said. ``Mark is an inspiration to watch on the ice. His hard playing and determination of never giving up the puck on the ice will burn in all our hearts as we play in Vegas. Hurry Home Mark! Your beautiful family awaits your return and your team awaits you on the ice.’’

Rumor has it that the team will drink a ceremonial beer honoring Auger between each game.