Labour Day weekend the boys from Kingsville took their home field to represent their town for the Rookie Major OBA Championship, and did not disappoint. The team consisting of Vittorio Ruggirello, Cole Coristine, Evan Baker, Beckham Hunter, Beckett Jancevski, Dylan Toupin, Ryan Flanagan, Reggie Bradbury, Jasper Dunford, Keaton Morphet, Mac Pucovsky, and Colby Snoei started the tournament on Friday afternoon against an unknown U8 team from Woodslee.  The inexperience and youth of the Woodslee team was hard to compete against the talented Kingsville squad. The defense tightened up around all the young Woodslee hitters and the game ended in a 15-0 mercy. Cole Coristine led the way with 3 hits.

Game 2 went Saturday morning against another unknown team, this time from out of town Uxbridge. 2 Solid 7 run innings were the difference in this game and again the defense of the Kingsville team proved to be too much for another team and the game ended quickly 15-1. Evan Baker and Beckett Jancevski led the way with solid hitting and both scoring 2 runs each.

With the afternoon off on Saturday, The Knights could prepare for a team from Alvinston, who disposed of an Essex team on Friday night with relative ease.  Knowing this will be a much more solid competition for The Knights, the boys were composed to stay solid in the field and slowly put numbers on the scoreboard. This proved to be the boy's toughest match so far.  Cole Coristine started the scoring by getting on base and Beckham Hunter collecting an RBI in the first inning. Alvinston took a 5-1 lead into the fifth inning, when the Knights started the home half of the inning with a solid single by Keaton Morphet, followed by another by Dylan Toupin and Ryan Flanagan.  Reggie Bradbury came to the plate and hit another single scoring 2 runs. Then Jasper Dunford came to the plate and hit a sharp single to score another run to pull The Knights closer. The sixth inning came and bats came alive again. Inning began with a hit stung by Colby Snoei for a single, followed by 4 singles in a row by Vittorio Ruggirello, Cole Coristine, Evan Baker, and Beckham Hunter. Inning was capped off by a solid single and RBI for Keaton Morphet. Taking an 8-5 lead into the 7th inning left the Knights feeling a little loose and gave up 3 runs to tie the game up in the top of the inning. The bottom half nothing happened so extra innings were needed to decide the outcome.  With Alvinston unable to score in the top half of the 8th, The Knights started the inning with their short stop Vittorio Ruggirello hitting a sharp single to right. Followed up by Cole Coristine getting on base. Unable to move the runners, left Beckett Jancevski a chance to be the hero. A solid single up the middle allow Vittorio Ruggirello and chance to score and is rewarded with the game winning run with a hook slide at home plate. Knights win 9-8. On to the Semi-Finals UNDEFEATED!!!

Sunday morning baseball in the OBA's is what these kids are looking for and they took full advantage of being at home.  A scared Woodslee Major team was unlucky to draw The Knights and found themselves down by 8 runs after 2 innings. Leading the way with multiple hits were Beckham Hunter(3),  Beckett Jancevski(2), Mac Pucovsky(2), Evan Baker(2), Dylan Toupin(2), and Ryan Flanagan(2). The early onslaught was way too much for the Woodslee Orioles to handle and The Knights cruise to a 13-3 victory, taking them to the Finals for the OBA Championship as the UNDEFEATED team.

After Alvinston disposed of a "happy to be here" team from Dorchester, they came ready to play again against the Knights, needing 2 wins for the Championship.  Again, the team from Alvinston were able to get to The Knights with a 5-1 early lead. A solid 4 run third inning, including RBI's from Baker, Jancevski, Hunter, and Pucovsky had The Knights right back into the game and the momentum shifted to the home team. A steady attack of singles in the 4th inning by Flanagan, Morphet, Bradbury, Dunford, and Snoei led to another 3 run inning and an 8-5 lead.  Alvinston would not go away and scored 3 in the top of the 5th to tie things up. Again, a steady diet of base hits in the bottom half of the 6th allowed the Knights to pull away and take a 13-8 lead. Top of the 7th came and The Knights could smell the victory. A couple of tough outs on flyballs to Mac Pucovsky led to a final third out made on a ground ball to second and, as they say, the rest is HISTORY.  KNIGHTS WIN!!!!!

Well played boys.  Way to represent Kingsville.  Thank you to all the parents and families support.  What a way to cap off an amazing year. 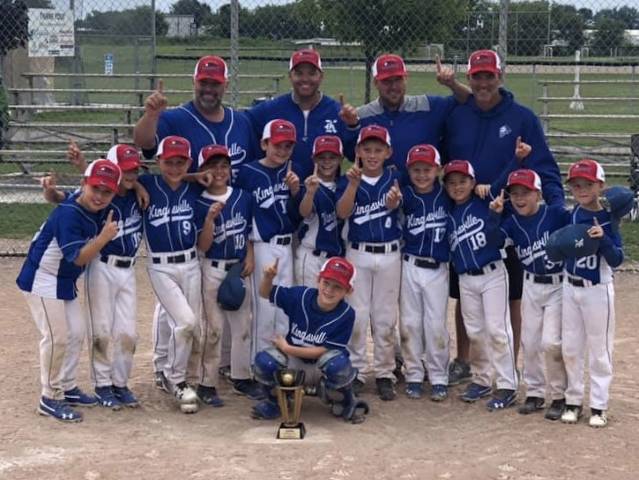 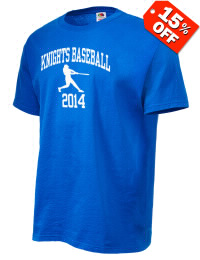 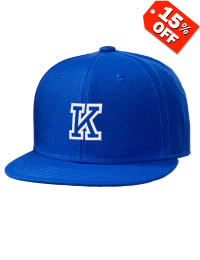 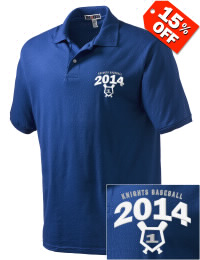 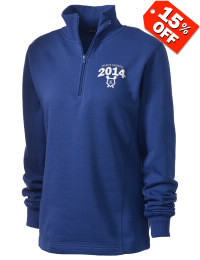 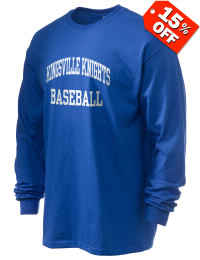