﻿Due to the concerns of the COVID 19 virus all Softball like other sports have been cancelled.

We hope to have some form of Softball in later June. 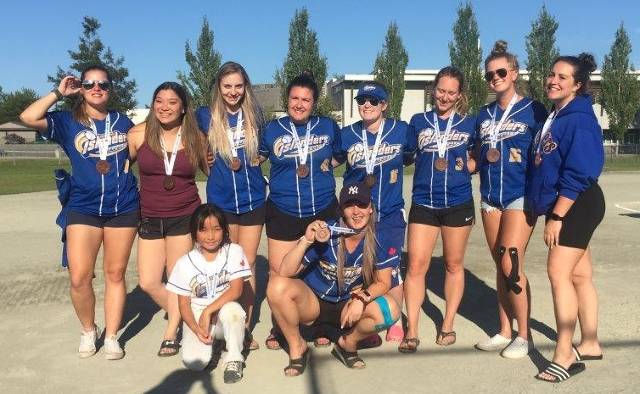 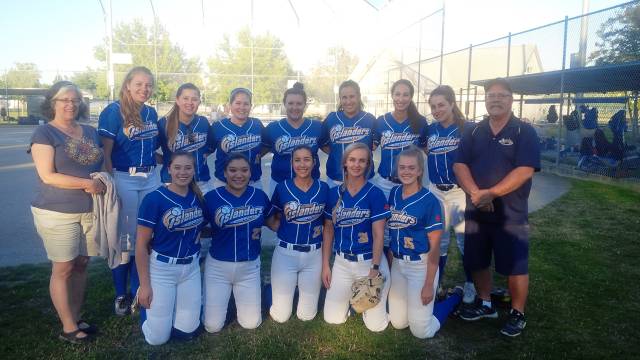 Another year with a strong team and great team members.

Victoria and Tracy with Donna lead the team for a month while Al was on the bench. 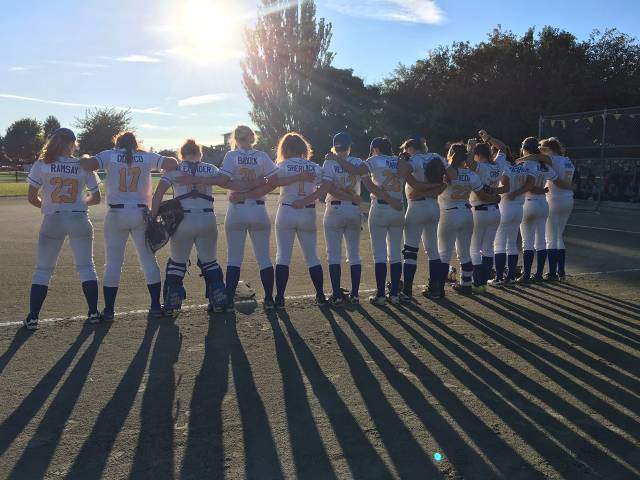 The team this year did great with many new players added to the core.

Good Regular Season and getting two games into Sunday at the provincials. 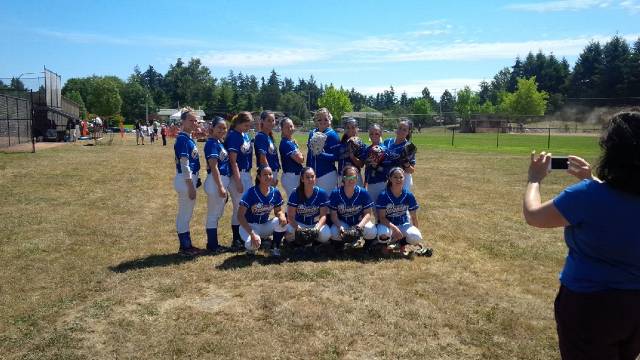 The Islanders did well in Victoria finishing 7th of 14 teams 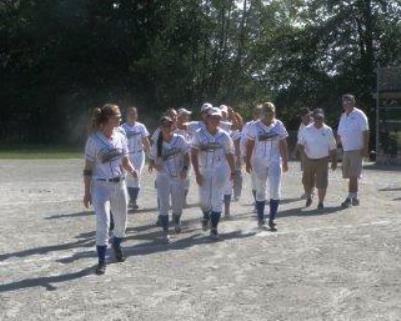 Longtime coach from the Richmond Islanders and Vancouver Wildcats Mike McFarland also has joined the team.

The 92- 93 Richmond Islanders have returned to play in the Tier One Division of the Fraser Delta Women's Fastpitch League. New teams from Abbotsford (the Chargers) and a second Fleetwood team (the Elite) make this 9 team divison very competitive.

The 92- 93 team plays home games most Tuesdays and Thursday at Steveston London School.

Several players are now part of College and University teams for the 2015 season.  Joining one team member from UBC are two other players from the 92-93 team.  Another player is now part of the Jamestown Jimmies playing in North Dakota.  The final player who was with Douglas College last season is now at SFU playing on their 2015 team.

After the 2013 Senior B Provincials 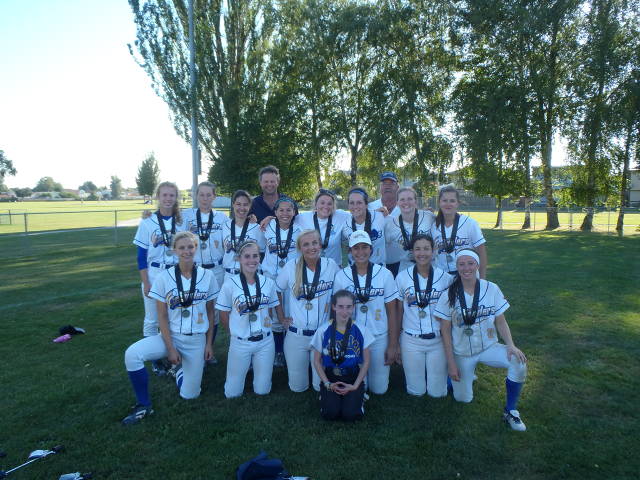 From several Richmond Teams this team came into being.  92 - 93 Jr B was formed from the Midget teams 92B coached by Robin Fenn and the 93 B coached by Al Groff.  The new team had it's first year together medalling bronze in the 2012 Jr B Provincial Championships.  Meanwhile the Richmond Islanders 93 Jr A team coached by Jerry Bains brought gold to Richmond winning the Jr A crown in 2012.

Team relaxs after winning Silver Medal in 2013 Senior B Provincials 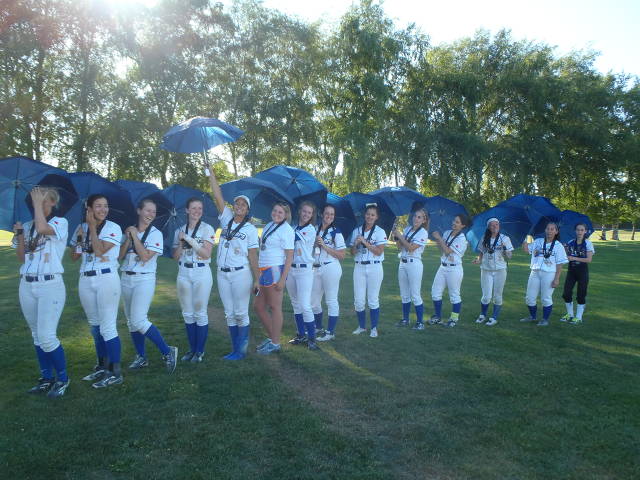 So as the Richmond Islanders 92-93 posed with their silver medals Sunday at London Fields, they couldn’t stop smiling—even after an exhaustive stretch of games that concluded with a 7-3 loss to the North Delta Lightning in the final of Softball BC’s senior B women’s championship.

It was a long path to the title game, seven games in all. But the Islanders proved up for the challenge.

“We can’t complain,” said Al Groff, co-coach of the Richmond team with John Badock. “To come second out of 21 teams is a pretty good result.”

One of the stars in the Islanders’ surprising ascent to the final (in which they won five of seven games) was Sam Badock, the 19-year-old sister of starting pitcher and right fielder Julia Badock. Sam’s strong pitching, described by Groff as “slow and low” threw many of the opposition batters off—even the Lightning. Richmond jumped out to a 3-1 lead in the game with Sam throwing the first five and a third innings before a bases-loaded single to the fence gave the Lighting a lead they’d eventually build on. Offensive highlights for the Islanders included two bunts by left fielder Sydney Jeffers, two singles by first base Janessa Murao, doubles by Katie Sherlock and Julia Badock and a single by Emily Merlo. Shortstop Cherise Chang made a double play in the fourth inning by blocking a hard hit ball and stepping on second base before firing the ball to first base.

The Islanders began round-robin play with an 8-0 win over New Westminster Riot with a double and three-run RBI engineered by Sherlock and a two-run shot by Julia Badock who was pitching to catcher Kelsey Lawrence, filing in for regular Kaeli Alexander away on school commitments.

After a 5-1 loss to North Shore Reign (Sherlock’s over-the-fence homer accounted for Richmond’s lone run), the Islanders got back on the winning track with a 9-3 win over the Redbacks followed by a 3-1 win over the Reign (starting pitcher Emily Agawa gave up just one run in the seventh inning) and a 5-4 win over Ridge Meadows Pride. Tied in the bottom of the seventh inning with two out, Islander Victoria Groff reached first base on a walk and scored the winning run on a double by Merlo. Pickup Deanna Mohr was also instrumental in the victory, providing stellar defensive play in right field. Richmond then edged North Delta 5-3 setting the stage for a second consecutive game between the teams for the provincial championship.

Strohan said the team looked nervous in making several errors in a 10-1 opening-game loss to the Reign, but was able to quickly refocus to down the Redbacks 8-1 for the first win in which Jodi Westerhof pitched all seven innings. Caitlyn Lee led off a five-run fourth inning with a double for the Islanders.

Richmond extended its winning string to three games as Marina Russell and Danielle Strohan both contributed runs in a 12-4 win over the Force, but came up empty in a 10-0 loss to the Pride before bouncing back with an 8-6 win over the Valley Cats in an elimination game. They closed out the tournament with a 7-1 loss to the Extreme with the pitcher-catcher combination of Karen Wright and Marina Russell allowing only eight hits in five innings.

“Our team goal for provincials was to get to the semifinal Sunday morning, and facing a very tough opponent the girls battled hard and kept it close,” said coach Strohan. 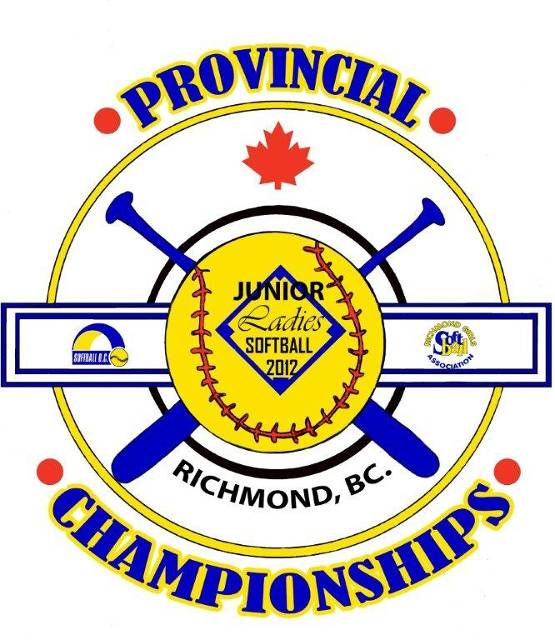 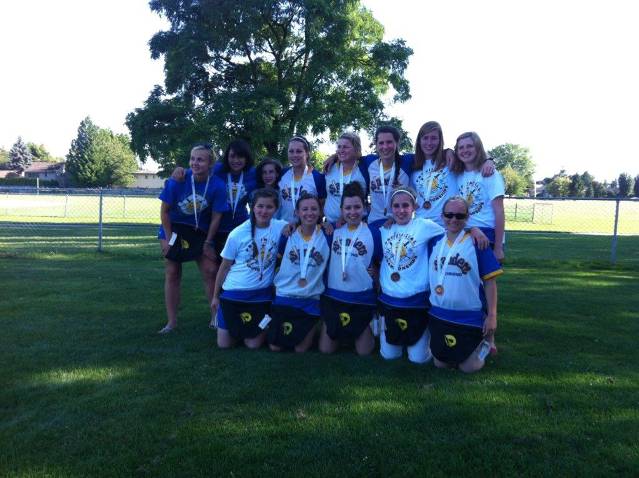 93B Team at Nanamio for Midget B Provincials 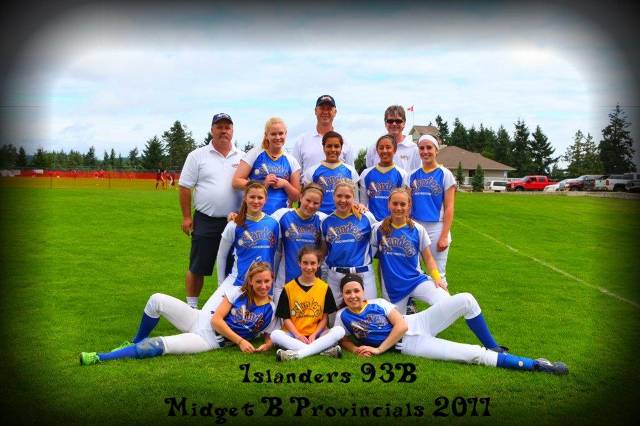 93B and 92B Richmond Islanders: both squads finish high in Midget B Provincials

This past weekend the Midget B Provincial Girl’s Softball Championship was held in Nanaimo. The Richmond Islanders 93B team placed fifth narrowly placing ahead of the seventh place 92B Richmond Islander team. The 92B’s had a perfect 4 -0 record in the round robin play with victories over: North Shore, Nanaimo, Prince George and Fleetwood. The 93B’s had a 3 – 1 record, beating: Cordova Bay, Strawberry Vale and Prince George, losing to White Rock.  The 92B’s record earned them the first seed in the eight team playoffs while the 93B team won the fourth seed.

Over the weekend the pitching duties for the 93B were shared between: Hillary Wolthers, Micki Baydack and Emily Agawa.  For the 93B the first round robin game was against Cordova Bay (near Victoria) was a 7 – 1 win with strong hitting by catcher Courtney Miller and first base Victoria Groff.  Winning pitcher was Emily Agawa.

Next they faced White Rock Thunder losing 8 – 4 in a game where the score flattered White Rock. Triples hit by outfielder Kajsa Moore, third base Erin Boivin and Emily Agawa was not enough to hold back the Thunder. Wolthers in relief of Agawa could not stop a four run fourth inning by White Rock.

Saturday started with a very long game against Victoria’s Strawberry Vale. Every 93B Islanders player hit a base hit in the 15 – 13 battle which featured 2 innings of international tie-breaker, the final runs being scored by Boivin and shortstop Sydney Jeffers on a hit by Micki Baydack.  All three pitchers shared the game with Baydack being the winning pitcher.

The second game on Saturday had the Islanders mercy the Prince George T-birds, 13 – 3 in 5 innings. Wolthers and Agawa shared the pitching duties. The third inning was highlighted by 7 runs by the Islanders batting around their line-up. Great catches by Jeffers and second base Sam Mah lead the Islanders defensively holding Prince George off the score sheet until the last inning.

Playoffs began Saturday evening with the 93 Islanders playing the 93 South Delta Invaders. Score was 4-3 until the bottom of the 5th when South Delta starting hitting of starting pitcher Wolthers. Switching to Agawa did not restrain the Invaders who scored six runs in the bottom of the fifth ending the game.

Meanwhile the 92B Islanders were playing the 94 South Delta Invaders.  Richmond after leading the game until the 7th inning, the 94 Invaders team came back and won in extra innings, the final score being 10 – 8.

This set the stage for an early Sunday morning elimination game between the 92 and 93 Richmond Islanders. Planned starting pitcher Agawa was replaced before the game began when she re-injured a hamstring in warm up.  Surprise starter Micki Baydack who threw a four-hitter, striking out seven and walking only one in a 7 – 0 five inning game. Offensively outfielder Kathleen Cathcart, Sam Mah, Kajsa Moore and Sydney Jeffers had multiple hits. Defensively, outfielder Kajsa Moore played outstanding substituting at 3rd base for an injured Erin Boivin her first time ever in that infield position.

93B Islanders continued into the quarter finals against the hometown Nanaimo Diamonds, leading the game 2 – 1 until the bottom of the seventh. Islander runs scored by Moore and Boivin. Defensively, Courtney Kind made two outstanding catches in the outfield to keep the Islanders ahead.  Also of special note was the Islander catcher, Courtney Miller who caught every inning in all seven games played by the 93B’s. Wolthers and Agawa shared the game at pitcher.  But as fate had it with 2 out, Nanaimo scored two runs with two hits to win the quarter final. 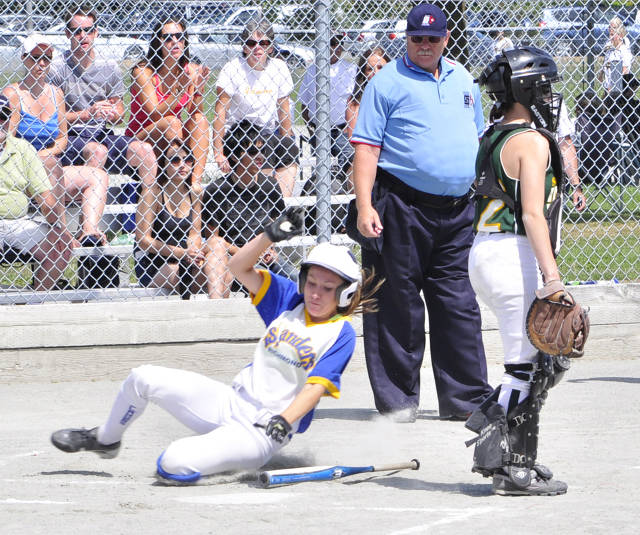 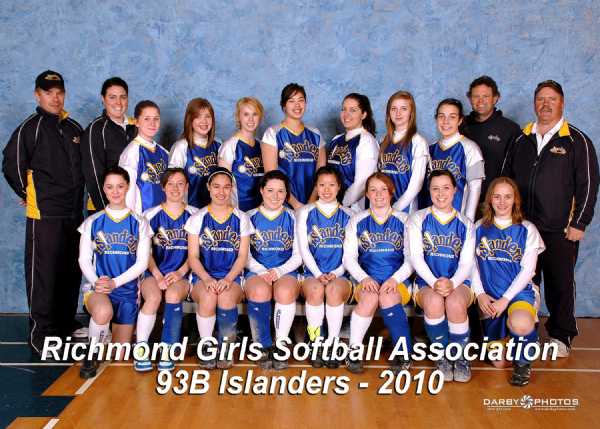 We are now playing games and have some tournament experience under our belt. Kelowna is the next tournament for the team.

Islanders take Bronze medal in a 7 inning game against the Ridge Meadows Rage.

The two teams set up in a combined photo after the long delayed game.
Final Score Islanders 10 - Rage 8

93B Richmond Islanders ready for the Season 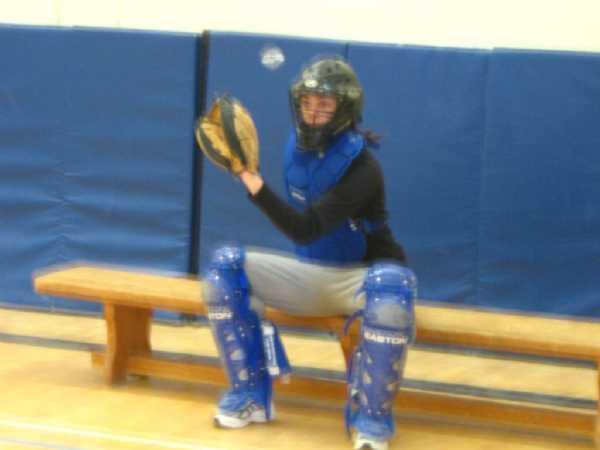 Pitchers and Catchers prepare for the season with extra practice.
Pitching coach looks on pushing the Pitchers to try new pitches. 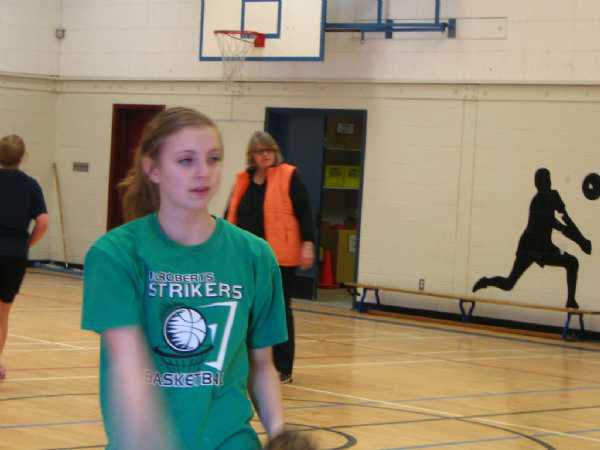 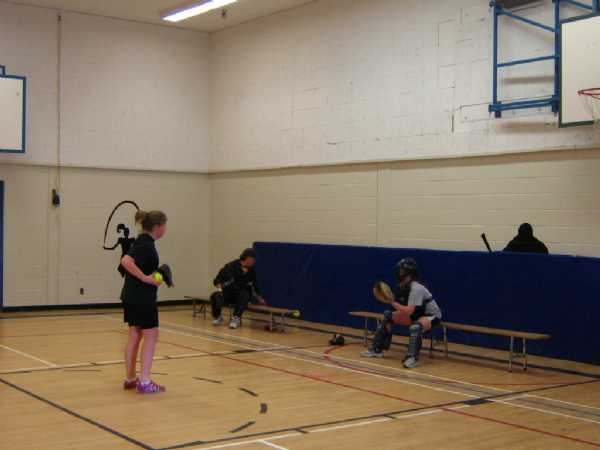