HAVE A GREAT SUMMER

Have a great summer. Be Healthy Be Safe

We will keep all of you posted as to any new updates.

There will be no games scheduled until we get further information

BE HEALTHY BE SAFE!

All Managers must attend this meeting.

IMPORTANT INFORMATION WILL BE DISCUSSED!

that you may now pay your league fees by using

When you send please make sure you click on friend /  family.

ALUMNI SOFTBALL- WHAT ARE WE ABOUT?

WHAT ARE WE ABOUT?

EACH TEAM IS ALLOWED MAX. 24 PLAYERS ON THEIR ROSTERS

DOUBLE HEADERS WITH NO TIME LIMITS

UMPIRES
ALUMNI SOFTBALL UMPIRES ASSOCIATION
Umpires for MEN'S LEAGUE.
If you are experienced or interested in learning
how to umpire, LEAGUE IS LOOKIG FOR YOU.
YOU WILL BE TRAINED.

CLINICS ARE CONDUCTED BY COMMISSIONER OF LEAGUE

All teams and future softball umpires should
contact STUART PFEFFER 732-513-4836 or
E-MAIL alumnisoftball@aol.com 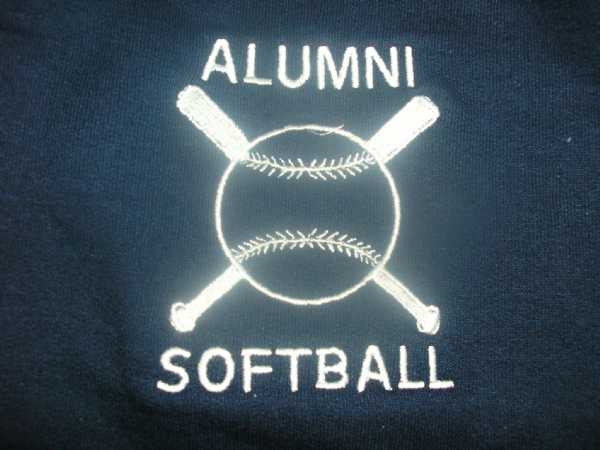 SPORTSMANSHIP “IT’S A SPORT” “BE A SPORT”

Athletic competition, at the community recreation level,
can be a rewarding lifetime activity.

The ALUMNI SOFTBALL LEAGUE LLC., endeavors to provide a safe
and enjoyable experience that is worthy of the time and money
expended and an activity which can be enjoyed by an entire family.

The end product, or the quality of the experience, will
rest with the attitude each participant brings to the contest.

As a league, we hope the individual competitors will rely
on an old standard  "SPORTMANSHIP".

Compete hard and compete within the rules.

What society might see at the college or professional level does not necessarily
enhance the experience at the community recreation level.

When the moment of frustration rears its head ---experience
the moment and move on with the contest.

Remember, enjoy the recreational activity for just what it is
"A GAME".

or THE MORNING OF YOUR GAMES

knowing that it rained the day/night before,

Fields will need to be worked on so you can play.

Come down to fields early to assist in getting fields playable.

BOY, THAT UMP MADE A GREAT CALL...

YEAH..DIDJA EVER NOTICE THAT THE UMPIRING

IS ONLY BAD WHEN WE LOSE..

MAIL / NEWS RECEIVED FROM AROUND THE LEAGUE

MAIL FROM AROUND THE LEAGUE

Unfortunately my team has disbanded

Thank you for all your effort in running a great softball league.

Have a blessed fall & winter.

See you in the spring.

See you next season. This is a class league

Thanks for a good year & you run a good league.

MAY 2005: Alumni Softball does not cater to Premier pitching.

It has a controlled velocity rule. And TRUST ME...the Umpires enforce it.

Also the President Stuart, attends all the games and over sees everything.

Thanks again for a great summer by far this is the best league.

am looking forward to next season.  We don't know who we are going

it again so we will see who else and we will be there.

Again thank you very much.

Good luck with the fall league…see you in 2011 LaFamilia