This spring, our Arsenal team will be competing in the following Junior Hockey Showcases:

For more information or to apply, please contact TJ Clarke at

Or fill out our online application form on the website

Arsenal would like to announce the addition of Dan Lasley to our team.

Mr. Lasley, a former US Marine and currently North American scouting director for Cain Hockey Management, is based in Sault St Marie Michigan, and will be covering the area (both Canada & the USA) for the Arsenal program.

Welcome to the team Dan!

The Arsenal U18 Black team won the Championship at the Bauer Pro Hockey Shootout, on Sunday May 13 at Chesswood Arena in Toronto.

Goals by Cameron Bauer and Matais Salem in the Shootout (which followed a 5 minute 3 on 3 OT) clinched the victory for the Arsenal team, who defeated the Seneteurs team from Quebec.

In the Semifinal, Arsenal black defeated the Warriors Selects team, also via shootout, also on a shootout goal by Cameron Bauer.

An exciting set of games from the Arsenal Black team, who spread the offence around and were led in the crease by goalie Jet Greaves. 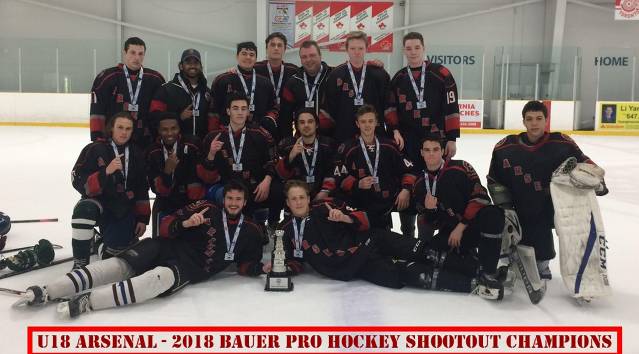 Arsenal to compete in Bauer Pro Hockey Spring Shootout this weekend, May 11 to 13

Arsenal head into the Bauer Pro Hockey Spring Shootout this weekend represented by three teams, with two entries in the U18 Division and a team in the 2007 Division.

The 2007 team's schedule will be played out of Everest and the Sports Village in Vaughan - please consult the tournament website at www.prohoc.com for full details on the schedule.

Team Arsenal take home silver medals at the 2018 Niagara Bauer Challenge, falling in the final on a goal against with just over 1 minute to go.  The Arsenal team had won every game heading into the final, on the strength of some great individual efforts, including 8 points each from Matthew Briggs & Kaleb Pearson, Kyle Preston's steady play on the blueline, and 2 GWG from Nicco Zervos.

The Arsenal team hit the ice again May 3rd in Essex Ontario, followed by the Michigan Warrior Elite U18 tournament May 4th to 6th in Novi, MI.

Arsenal Hockey Club would like to express our thoughts and condolences to the Humboldt Broncos Junior Hockey organization and community, in the wake of the tragic bus crash which took the lives of many good people & players.

Its something that has touched us all in the hockey community, and reminds us all to appreciate life and those around us.

May their spirit live on in the rinks, sticks, hearts and minds of the hockey world, every day.

Arsenal Alumni Andrew Sturtz, who played for us in 2011 following his season with the EmJHL Buffalo Stars, has been signed to an entry level contract by the NHL Ottawa Senators this week.

Andrew recently completed his college career with Penn State NCAA, after playing in the CCHL with Carleton Place and being the MVP of both the CCHL and CJHL while with CP.

We have released the schedule of tournaments our 2018 ARSENAL Hockey Club will be competing in this spring:

or fill out our registration form on this website.

Congratulations to Arsenal forward Kaleb Pearson on his commitment to the RIT TIgers of the NCAA.  Kaleb currently sits near the top of the GOJHL scoring race (near fellow Arsenal vet Kevin Hu) with the Stratford Warriors, and will join RIT for the 2019-20 season.

Kaleb, who was drafted by the Flint Firebirds of the OHL, has played 2 seasons with Arsenal and was our MVP for the 2017 season. Great job Kaleb!

In 2017 Arsenal veteran and all-time leading scorer Yianni Liarakos signed his first pro hockey contract with the Port Huron Prowlers of the FHL.  A 2016-17 First team All Star in the NOJHL, who also led all of Canadian Jr A in GWG, Yianni is still producing as a pro despite being one of the youngest players in the league.

Good luck as you progress through the pro ranks Yianni! 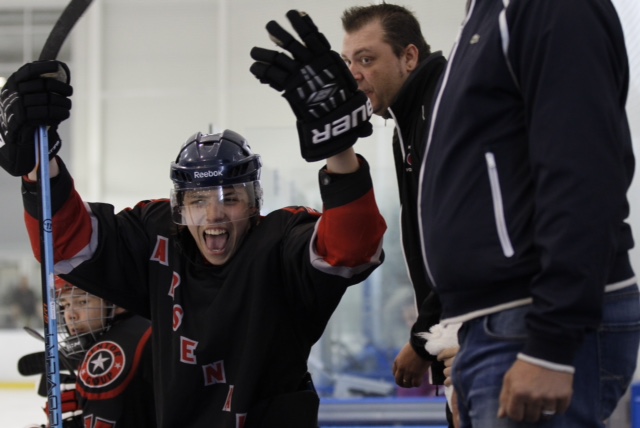 Arsenal veteran Anthony Pullicino followed fellow Arsenal Alum Mike Bergman to Sweden this year, playing D3 while Bergman is in D2.  Anthony's season was unfortunately ended early with a major injury - our best to him as he recovers.

Bergman is in his 2nd year of hockey in Sweden, while Pullicino served as Captain last year with the NOJHL finalist Blind RIver Beavers.

The Express have looked to Ontario to build their team going forward, hiring GM/Coach Jason Fortier from Toronto as well.

The Coquitlam Express have enjoyed considerable success in the last decade, with two League titles, an RBC National Championship, and multiple NCAA commitments along the way. Currently the Express have 5 alumni in the NHL, including Kyle Turris, Alex Kerfoot, Andrew Ladd, Matt Barzal, and Milan Lucic. Arsenal will be hosting a camp this off season in association with Canadian Future Pros, and several other Junior programs who will also be involved in this recruitment event --- check back on this website for dates, and updates, for the camp.

Congratulations to 2 of our Arsenal Alumni, who in September, signed in the Ontario Hockey League (OHL).

Cam Gaylor signed with the Mississauga Steelheads, who selected him in the 1st round of the OHL Midget draft from the Don Mills Flyers Midget AAA team in the GTHL. Cam has played 2 seasons for Arsenal, growing into one of our strongest players after coming out of Midget AA with the Goulding Park Rangers.

John Parker-Jones, our 2016 Arsenal rookie of the year, has also signed as a free agent with the Peterborough Petes. John played 2016-17 with Brampton Bombers Jr B GOJHL as a 16 year old rookie, after missing the majority of his minor midget season with the Brantford 99ers.

Both are great players, and proof that hard work can pay off and even lead to the OHL, even if you are not drafted in your minor midget season. Congrats guys, and good luck! 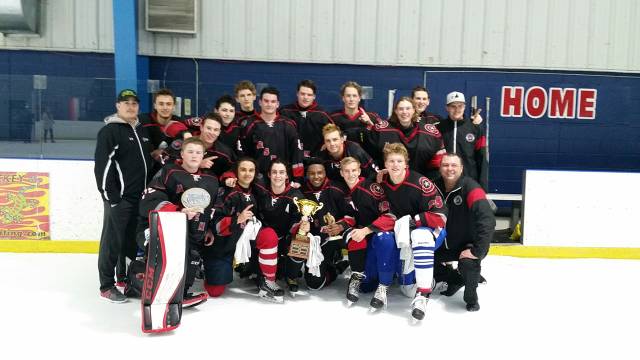 On May 7th in Canton Mi, Team Arsenal repeated as Champions at the Michigan Pre Draft Young Guns tournament, in a shootout victory over the Detroit team in the final.

Heading into OT/shootout tied 1-1, on Arsenal fwd Kaleb Pearson's 10th goal of the weekend, Arsenal won the shootout 2-0 on goals by Dawson Winchester and tournament MVP Rylan Clemons, who had 12 points in 7 games.

Goaltender Seth Monkhouse went 3-0 including a shutout and the shootout win in the final, to cap a great tournament from him and the entire Arsenal "YG" team.  Also a big hand from our core of 6 players from the Catholic Central Shamrocks hockey team in Novi MI, and 9 total Michigan players to make the win both a home and road victory for Arsenal. Great job guys! 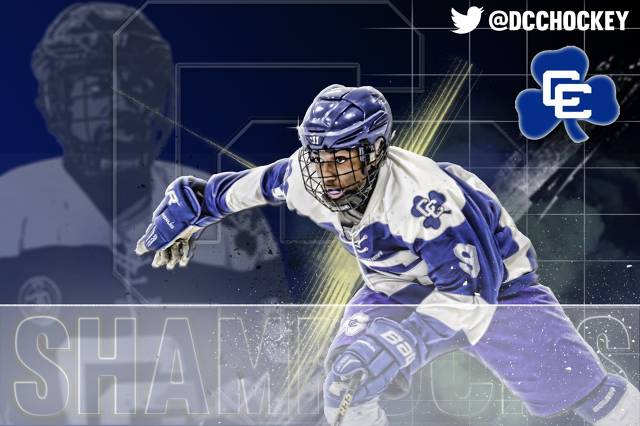 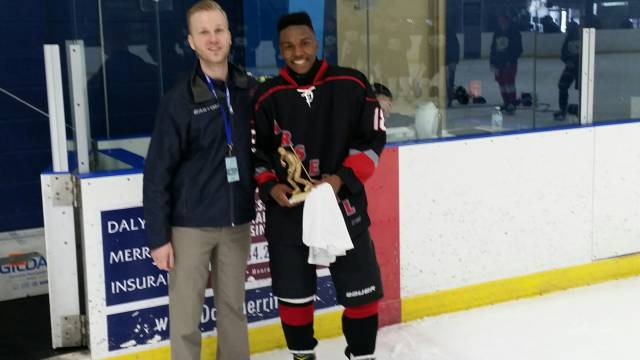 Our Arsenal team in the Junior division at the MPD had a strong weekend going 2-1-1, with a 7-6 loss and a blown lead in a 2-2 tie vs eventual champs Windsor Wings cost our team a chance to advance. The team was led on offense by Yianni Liarakos and Costa Likourezos, who tied for the tournament lead in scoring with 10 pts, and Zak Lasley who had 5 goals.

At the Kingston Youth Hockey Festival U18 tournament this past weekend, the Arsenal team, decimated by injuries, showed well but fell in the Semi Finals Sunday at the Invista Centre, to a strong Ottawa Valley Thunder squad. Some strong opposition goaltending, hit posts, bad luck, and blown calls and opportunities left the team snake bitten.

Top performers of the weekend were forwards Mitch Gustavsen, and Goalie Ross Jones, who turned in outstanding performances, helping the team gain points in the standings.

The team will be back on the ice Thursday May 18 with a strong 1999-2001 lineup heading into the Montreal Meltdown tournament in Pierrefonds, Quebec.

The "Jr Arsenal team advanced to the playoff round on sunday, to fall to the Pittsburgh team 2-1 eventually in the semifinal game.

The" Arsenal Hockey" team had several great, close games, going 1-3 overall. The AH teams' weekend was however highlighted by a big win over Blyth Central, on the strength of a goal from D John Parker-Jones.

Our team was led by tournament MVP (and underage 2001 birth year player) Jake Traynor, Who went 5-4-9 in 6 GP, including the tournament winning goal in a shootout on Sunday vs the London Lakers.

Goalie James Durham from Meijer U16 held us in a sluggish 1st game of the tournament in a great performance, until Arsenal woke up in the 3rd and won it on a goal in the last minute by 2000 Max Tucker (Honeybaked U15), who had 2 GWG over the weekend. Other than a bad bounce in game 3, James shut the door the rest of the tournament.

Goalie Brandon Macham's sprawling save in the shootout made it possible for Jake Traynor to score the winner on Sunday.

Defenceman Brad Lindsay was on fire on the back end, scoring 7 pts in only 5 games played in Michigan while shutting down the opposition with D partner Jordan Ribbink.

The Brampton Jr Arsenal 1999-2000 team had a great run at the past weekend's Niagara Bauer Challenge.

The team won 5 games in a row, before losing in OT to the Rochester Gamebreakers in our 2nd playuoff game on Sunday May 1.

There were many outstanding performances from the players on the team, led by Team Tournament MVP Josh Traynor (Peterborogh Petes AAA/Lindsay OJHL AP), and Seth Monkhouse of Halton AAA, who went 3-0 in net for us.

Our U18 team played well but couldnt find the net enough, as they went 1-2-1 over the weekend. The team was led in scoring by MVP Sawyer Jensen of Muskegon MI (Mona Shores Sailors HS was his 2015-16 team) in a breakout offensive performance.

The team looks to build off our 1st strong weekend of the year as we head to Canton, MI for the Michigan Pre Draft Young
Guns Showcase next weekend (May 6-8).

Thanks to our Coaches Ryan Wood, Jesse Paul, Mike Camilleri, Jonathan Liarakos and Tony Pullicino for their great help on the bench this weekend.

*We still have Forward spots left for: 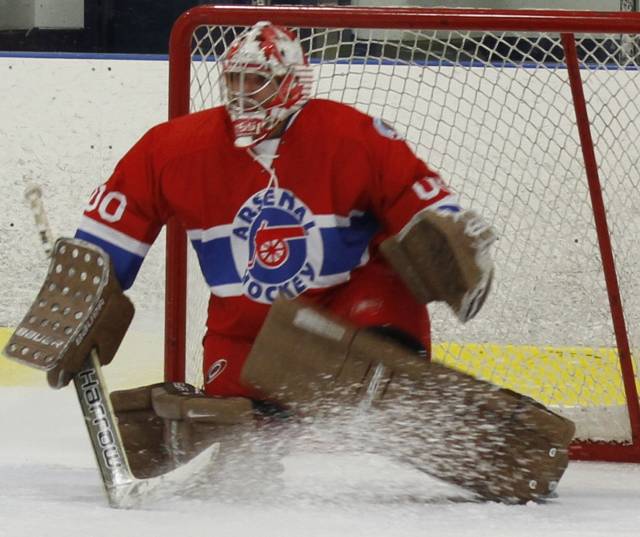 Toronto Arsenal downed the Ottawa Romans 2-0 in an exicting game in Kingston to win the 2014 Kingston Int'l Hockey Festival U18 title on Sunday.

Alex Annechairico scored the winner on the power play in the 3rd period with a blast from the point that wouldnt miss. Curtis Colbary had the empty-netter.

Toronto Arsenal only gave up 3 goals throughout the entire tournament, and 2 of those were in a head-to-head matchup with our other Arsenal team in Kingston, Power Play Arsenal.

PP Arsenal had an exceptional tournament as well.  Led by team MVP Kevin Dimagno, the PP Arsenal team finished the round robin at 3-1 and tied for the 2nd seed.  PPA won their first playoff game on Sunday, before falling in a heated head to head game with their Toronto Arsenal counterparts.

Congrats to our 99's who made their U18 debuts, Joey Campbell (RW Clarington Toros) who scored 3 goals, and goalie Thomas Caravzan (G, Hamilton Huskies), who pitched a shutout in his first career Junior/U18 game. 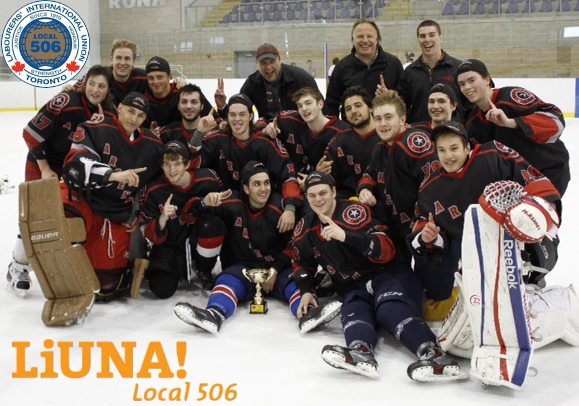 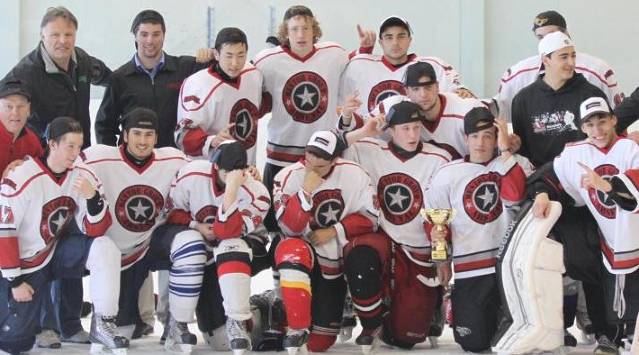 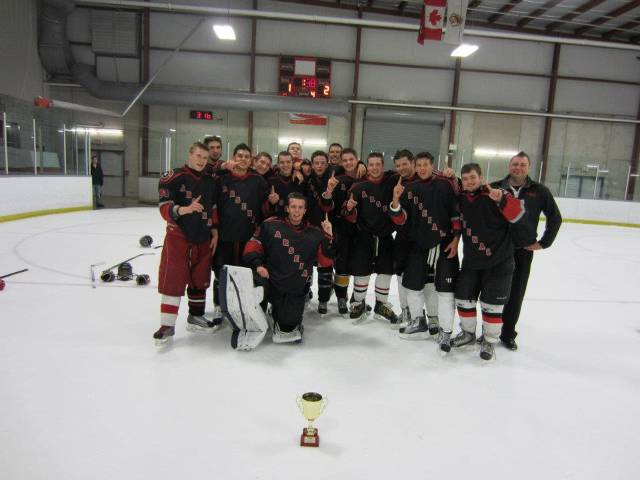 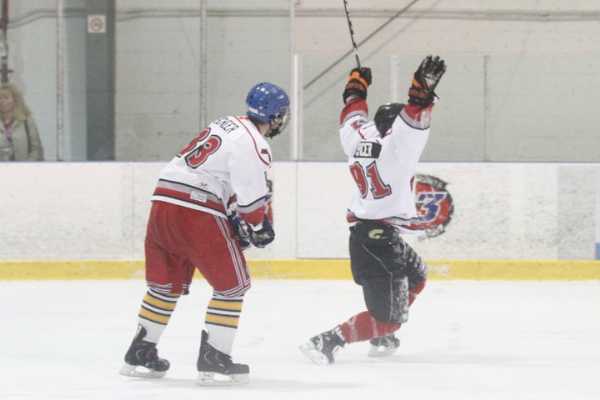