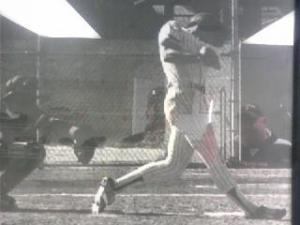 Coach Rettman has been committed to baseball his entire life, first as a professional player, and today as a highly respected teacher and coach.

“Sweet Lou’s” player career was illustrious, beginning with his being a 3 time All-Catholic league all-star and league leading hitter for 3 consecutive years. In 1992, he was inducted into the Cardinal Spellman Athletic Hall of Fame. At Massasoit Community College, he was an All-American player. His collegiate career culminated at the University of Tampa, and in 1980 he led the team in HR’s, RBI’s, BA, Hits, and earned his way into the archives as one of the University of Tampa’s all time great players. Coach Rettman earned the nickname of Sweet Lou as he followed in Lou Piniella’s footsteps at University of Tampa, and broke all of Piniella’s hitting records. During his playing career, he was fortunate enough to play for Brian Sabean, who is now the GM of the San Francisco Giants. The ultimate playing achievement for Sweet Lou was to be drafted by the New York Yankees, as the Brockton, Massachusetts native is a lifelong fan of the Boston Red Sox.

As “Sweet Lou” became Coach Rettman, he has enjoyed similar success as a teacher and a manager. He has won four consecutive Triple Crown national championships with 3 different age groups. He has been an assistant coach at the collegiate level for Stone Hill College in Massachusetts, and at the professional level he has been a Texas Ranger scout for 3 years.

In 1992 he founded the B.A.T. Baseball Analysis and Training Facility in furtherance of his devotion to teaching and instruction of young men. He is proud to that his students have earned many baseball scholarships and risen to professional careers in MLB’s minor leagues.