Congrats to the following for making the 2021 Slow Pitch Team

(Please read entire message to see what u need and More)

THINGS DUE NEXT THURSDAY, SEP 10

Congrats on the 12th season with 20 plus wins and BELLEVIEW'S FIRST EVER 3 PEAT!

CLICK ON LINKS TO GO TO OUR NATIONWIDE STAT PAGE!!! MAX PREPS

Here are the Names and Stats to chase down for those statistically oriented ball players who thrive on being the best. Or for those just curious!!

CATCHERS'CORNER (MOST RUNNERS THROWN OUT)

A WORD FROM DOT RICHARDSON

"A true champion is someone who wants to make a difference, who never gives up, and who gives everything she has no matter what the circumstances are. A true champion works hard and never loses sight of her dreams."

10 RATTLERS MAKE ALL AREA PLUS DAY GETS PLAYER OF YEAR

Alexi Day Headlined a record breaking Number of Rattlers who were selected by the star banner as the counties best!!

PLAYER OF THE YEAR

BHS FINISHES 2nd in State 5A

BHS for the 2nd Time in 3 years finished 2nd in the state with a heartbreaking loss to American Heritage.

BHS FINISHES RANKED #9 in all Classifications (over 600 Schools)

Highest Team Batting Average Ever. Most Runs Ever, Most Hits ever, Most HR's Ever!! Get the Point!!! 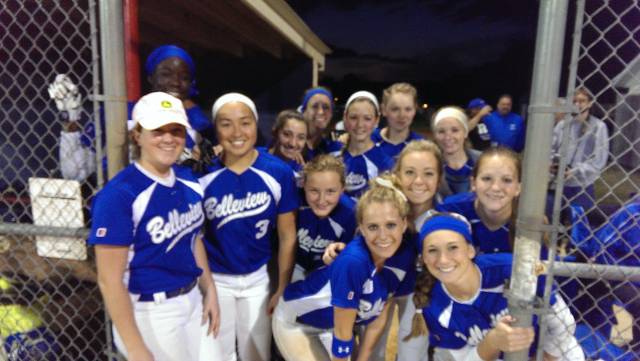 On April 8 we brought back the past for an extroadinary night of Softball and celebration.

Here are the members who came back to enjoy the Present and celebrate the past!! 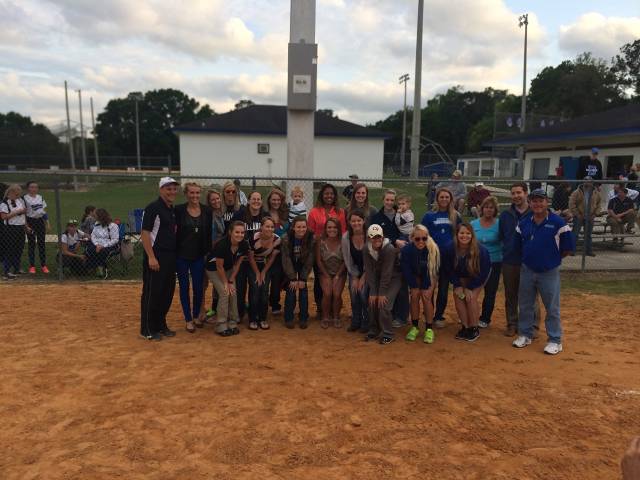 Back Row Info: (left to Right)

Tara Lavery- class of 2005 (played at CFC) Outfielder (Record holder in Walks and career triples) One of just 4 Rattlers to have 40 plus hits.

Lindsey Hinerman- Class of 2013 (Plays at Seminole State) OF Threw 7 Runners out from outfield in 2013.