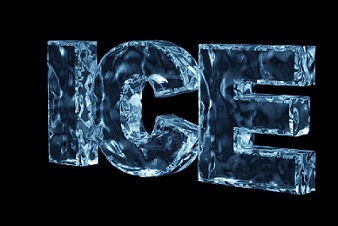 Hello to all of our Black ICE supporters and Welcome to our new supporters as well! Black Ice consists of two basketball teams (boys and girls) that compete in the EDRECO basketball program. We are very proud of our student athletes and do our best to reinforce the positive social, academic, and moral ethics that our parents teach at home. Although we are an athletic group and we strive to help the players be at their best on the court, we put sportsmanship, digntiy, respect, and that "never give up" mentality at the top of our priorities.

Throughout the years I, Coach Gerald, have had the pleasure of coaching some of the most talented young ballers in the local area. Along the way, they have grown both as players and young citizens. And I'd like to think that I've had a positive influence on them. I can admit that they have taught me quite a bit as well. This website is my way of thanking them. I only regret that I did not start this in my first year of coaching.

So to all of you, players, parents, and Black ICE supporters, I'd like to thank you from the bottom of my heart for allowing me this grand opportunity to be a part of your young athlete's life. And I truly hope that you are satisfied with my efforts.

Black ICE Rolls Into Playoffs as the Top Seed!!!

Black ICE clinched the top seed as they defeated the Hawks with 13-10 victory in their final season game. It was a hard fought win as the team welcomed back #23 Tyson Brown from missing two games with a hand injury. Although he wasn't close to 100%, there was no way that he was going to sit out this one with so much at stake. The win gave Black ICE the regular season winners title with the Running Rebels close behind. A loss would have put them in a tie and gave the title to the Running Rebels by way of the "tie-breaker" rule.

The Running Rebels claim the #2 seed and hope to see Black ICE again in the playoffs. But that won't be an easy task as they have to get by Blue Thunder, a team that has been playing some great basketball lately and also has a win over Black ICE. These two teams will meet in the second round as the top three seeds get a BYE this weekend. The Hawks and the Legends will go at it this weekend in the opening round to see who will face Black ICE in the second round. Neither team has been able to hand Black ICE a loss but when it comes to the playoffs, you never know what the outcome will be. The Hawks and the Legends game promises to be something to watch as both teams have the capabilities to upset the other.

At EDRECO, no team is safe, especially the #1 seed. Coach Gerald knows this all too well as he has been upset in the past before and has knocked higher seeds out of the playoffs as well. "You can't take anything for granted at EDRECO. A player may have get injured, not be able to play because of disciplinary reasons, or just have a bad day. All of these factors come into play. One year I remember my son's team going into the playoffs holding the #1 seed and something crazy happened. One kid was ill, the other went to a basketball game in DC, while the other just didn't show up. So they had to play with just five players. It was crazy! So now we are talking foul trouble and fatigue setting in. They ended up losing by 1 point. So you do what you can and deal with what you got. Hopefully things go your way and the kids play hard. That's all you can ask for."

Coach Gerald thinks that Black ICE has a good shot at winning the title but has concerns. They've lost 2 of their last 3 after starting out 6-0. That's not the momentum you want going into the tournament with while other teams are improving and all of them are out to beat you. Winning the regular season was their first step, now Black ICE sets their sites on the Championship title. Two teams will stand in their way. Over the next two weeks we will find out who and if they are up for the challenge. I know that Black ICE will be up for it. See you all on the 21st when the Black ICE show continues!