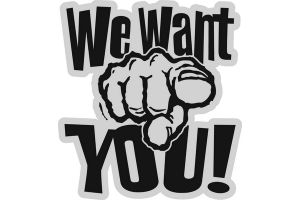 Spring is on the horizon and so is the 50th season of the Bristol Men's Softball League.
With one of the best fields in the region and a pool of highly competitive teams - BMSL
figures to be one of the best leagues in the state again this year.  The league is accepting
teams for the season. Sunday Draft League and will be trying to form a night league in the fall and next spring

Ever see Superman? Not the remake, but the 1978 original?

Christopher Reeve played Superman, Gene Hackman was Lex Luther, Margot Kidder was Lois Lane and Marlon Brando inexplicably played Jor-El... Anyway, as the film's plot climaxed, Lex Luther exacted unspeakable horrors upon earth. Superman appeared powerless to stop him. Frustrated, Reeve's character let out a toddler's wail and started flying around earth... around and around and around he went... Now the film never explained how he got this power or what it was supposed to accomplish but apparently it turned back time and unwound the doings of Lex Luther.

This movie ending was perhaps the most inexplicable, confounding and unsatisfying conclusion to anything I'd ever paid witness to...   until the night of August 30th when Francis Farm chose a forfeit, rather than play Reflections for the Bristol Softball Championship.

It was a first in league history. But not a first for Francis Farm - who have had three-of-their-last-four playoff series end at the hands of forfeiture - including a semifinal forfeiture by Northeast Coatings this year.

For Reflections, it was their fourth crown in five years - a fete matched just once in league history by Buchanan/Grafton Electric in 2004-2008. Reflections tied Buchanan/Grafton on the list of league champions with four, one behind Common Pub, who captured five league titles between 1978 and 1989.

Reflections earned their way to their fifth straight league championship series after defeating Powerstretch Carpets in a hard-fought two game sweep, 18-10 and 20-15.

The strategy nearly worked as Reflections failed to pull-away until the final innings of game one and needed a late comeback in game two, outscoring Powerstretch 15-1 in the final four frames to first force extra innings and then claim the series.

Despite just 3 swings, Boucher led the team in homers and RBI. Chris Harvey and Josh Guthrie each recorded six hits in the series.

The win reset a Reflections/Francis Farm title tilt for the fifth consecutive year.

But apathy ultimately won out... 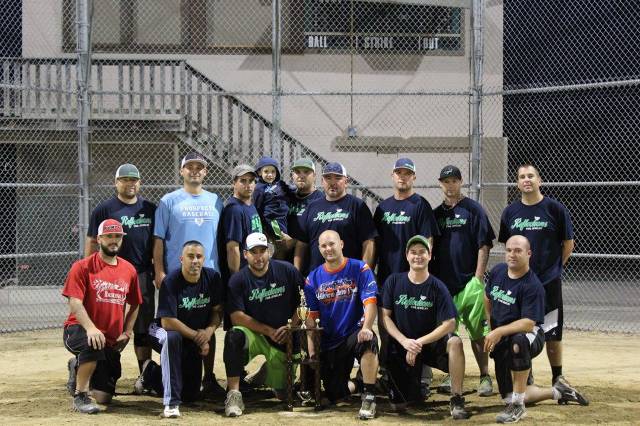 Reflections/MTG capped a dominant regular season with a dominant showing in the BMSL championship round, sweeping the defending champions, Francis Farm, for the third time since entering the league in 2012.

Corey Batista swatted a pair of impact home runs on his way to claiming the playoff Most Valuable Player award. Batista was selected from a bevy of high octane offensive performers from the champs who clicked on all cylinders during their three game sweep.

Eric Gibree was 9-12 in the series with five home runs. Mike Boucher was 8-11 and capped a Game 3 cycle with a walk-off home run. Reflections never finished an inning in the series trailing their rivals.

Batista got the series scoring started with a first inning Game One, 3-run jack. Reflection notched single runs in the third and fifth innings, before Gibree slugged a two run homer leading his team to a 7-3 win.

Despite losing the playoff MVP to an injury before Game Three, Reflections scored early and often in the final game. The champs batted through the order in the top of the first inning, plating six runs, then added four in the second, one run in each of the next three innings and led 13-6 entering the home sixth. Cote, Resnick, Chris Harvey and Gibree each reached in front of Boucher, who punctuated a dominant series with a walk-off mercy rule blast.

Francis Farm's talented lineup picked a bad time to struggle offensively. Nine regulars batted well over .500 for the regular season, but only Joe DaSilva was able to solve Reflections pitcher Josh Guthrie. DaSilva was 5-for-9 to lead the Farmers.

Cote led Reflections with nine hits in 10 turns. Gibree was 9-for-12, Boucher was 8-for-11, Harvey was 5-for-9, Resnick 6-for-11 and Batista was 4-for-8 in limited action. Keith Michael and Ryan LaSalle turned in stand-out defense while Josh Guthrie manned the mound.

Reflections came within one inning of an undefeated season. A walk-off setback to Dunkin' Donuts in July was the team's only loss of the year.

Hey Boys!  Okay.  I want to apologize for the lateness of the stat and standings update.  Work has been crazy, and there's been a lot of holiday activity.  I hope everyone's 4th was enjoyable.  As of 7/9/15, all standings, stats, and make-ups have been updated and rescheduled.  PLEASE check your teams schedule for any rain outs you may have had.  Playoffs are coming soon.  As of right now, pending any more cancellations, the first night will be played Tues 8/4/15.  Stay tuned for more updates as I get them.  Sorry again.

Hey Guys.  Okay.  Everything is up to date.  Standings, Stats, (with the exception of Dunkin Donuts.  No Roster No Stats. Sorry guys).  If your team had a makeup game, please look at your schedule.  The PPD games have been rescheduled.  Also, JD has informed me that in order to qualify for playoffs, players must have participated in 10 games.  So please be aware of that.  The season is halfway over.  Good luck the rest of the way!

Hey Boys! OK.  All of the game results have been entered, and the standings updated, through the 28th of May.  Stats, however, will not be entered and updated UNTIL I get FULL rosters.  I'm having a hard time matching first names with last initials, and first initials with last names.  Sorry.  According to JD, final rosters are due TODAY June, 1st.  The only team I have in full right now, is North East Coatings.  I will continue to update the standings as they come in, but until I get rosters no stats.  Coaches can either text them to JD, Full Name and Number please.  Or hand in a roster to Mr. Sheedy.  Thanks Guys.

Welcome back guys!  The 2015 season has officially begun.  Double headers this year.  The schedule for all teams has just been posted.  All games start at 6:45pm with NO grace period.  If you cannot get enough guys there for 6:45, the second games are slated to start at 7:45pm.  Playoffs will be for the top 6 teams, and will follow the NFL format.  Top 2 teams will receive a bye.  #3 will play #6, and #4 will play #5.  With a reseed after the first round is over.  That schedule will be released closer to the end of the season.  Stats will be uploaded AS SOON AS POSSIBLE.  I will be putting them up one week at a time.  Good Luck guys.  Any questions, call JD.