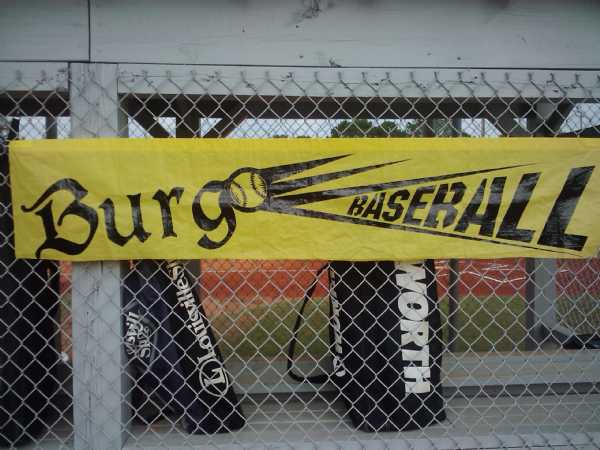 Follow us on Face Book at Burg Baseball, Inc.

Burg Baseball and You

"What if I told you that we could get the best out of your child. Would you be interested? They would hustle and run and never give up. They would have confidence when they fail and an unassuming way when they succeed. Our program at Burg Baseball involves intensive physical training, discipline and positive reinforcement. We believe that every child can perform at their best and we will not allow them to fall by the wayside. Baseball skills are learned muscle memory skills that need to be repeated over and over.
That is why discipline is very important. I have instructed my coaches not to let any lapses in fundamentals go unchecked. So as parents, we need you to bring your children to all practices and games on time. Over the course of this season, you will see a change in your child that will amaze you. We believe that when a child succeeds in sports and becomes confident and physically fit, it helps in the classroom as well. All the coaches look forward to working with your children and making them the best they can be." - Burg Baseball Co-founder, Mike Fintak(deceased)﻿