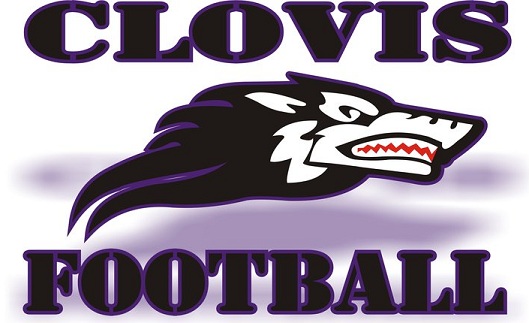 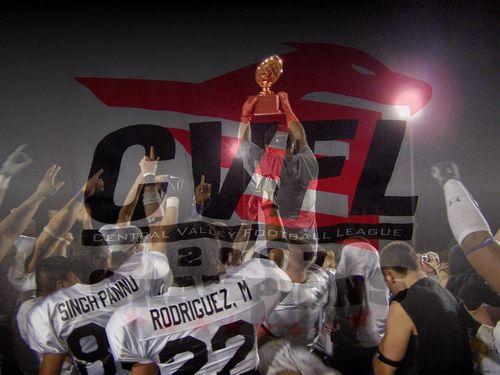 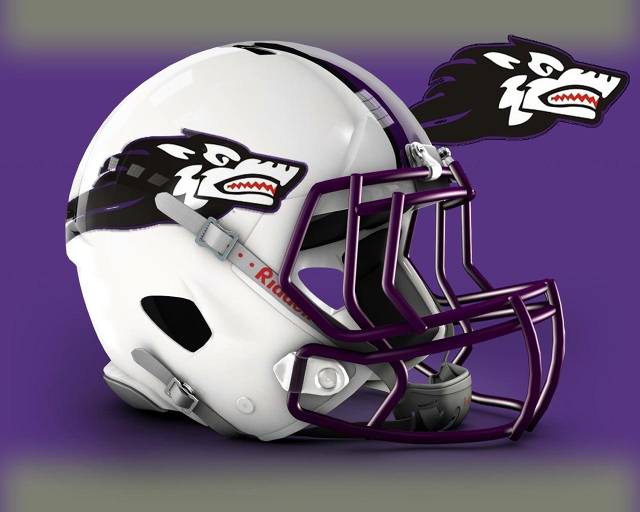 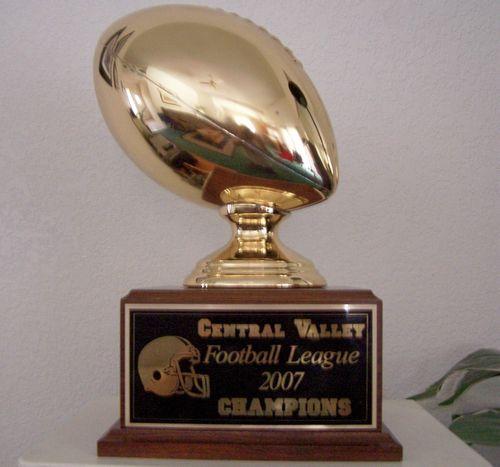 Local Semi-pro teams from the C.V.F.L. spend time with patients at Children’s Hospital Central California. March 30th 2010. The Clovis Wolves Football Team invites Central-Cal Crusaders, Porterville Patriots(Team owners Heather Dunham and Casey Parks) and our sponsors the Air National Guard as well as friends of the players to share their words of encouragement with patients at Valley Children’s. The players came bearing gifts**autographed footballs and coloring books** as they went from room to room visiting patients. “We enjoyed our visit with the children (and our bingo game) and we hope that our visit will brighten up their day” said Team Owner Mark Fugate of the Clovis Wolves. This is the 4th year the team has made a visit and hopes to continue with support for the children of the Central Valley and looks forward to their visits in the upcoming years. 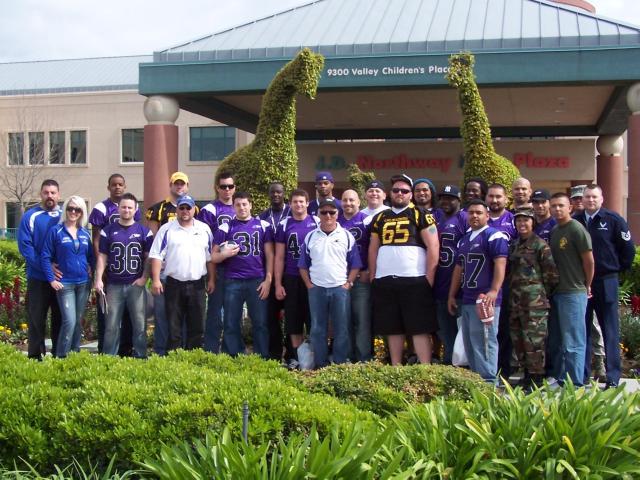 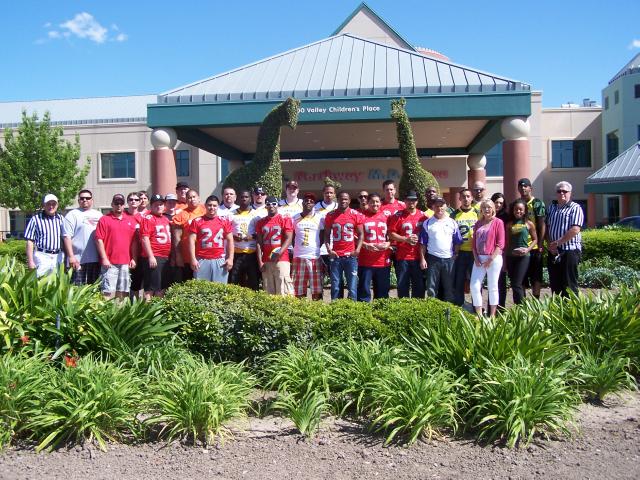 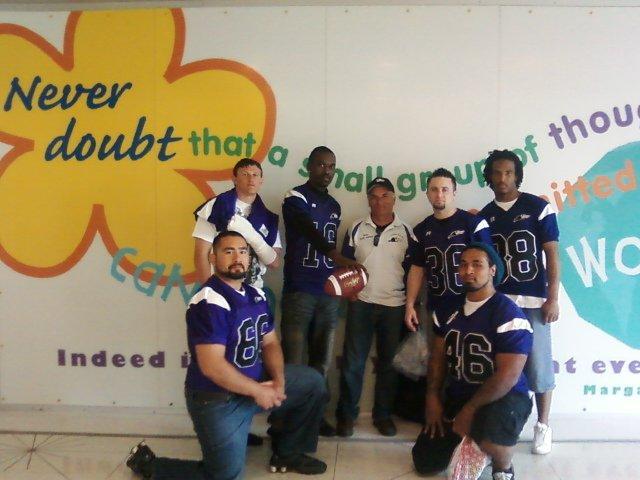 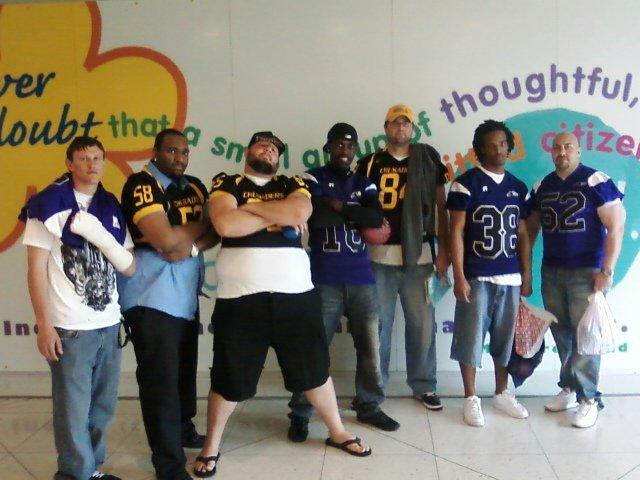 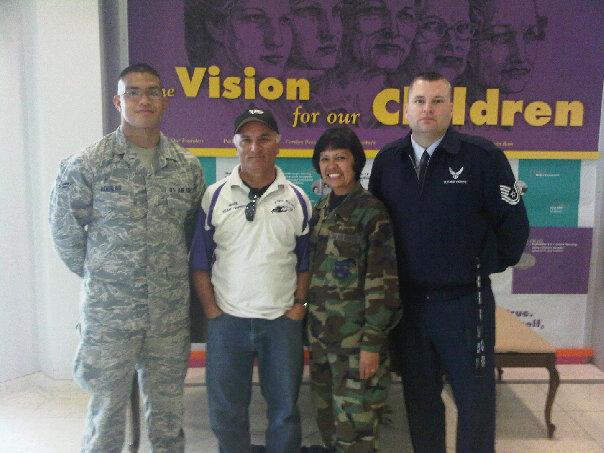 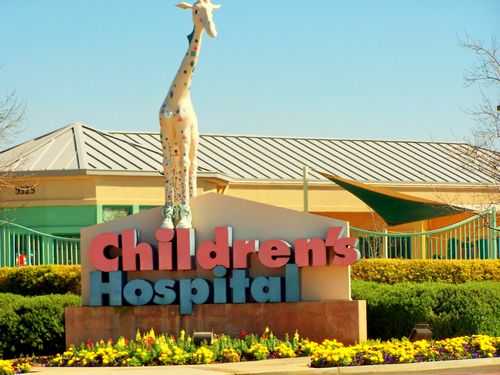 "Champions aren't made in the gyms. Champions are made from something they have deep inside them
-- a desire, a dream, a vision." -Muhammad Ali
"There's only one way to succeed in anything, and that is to give it everything. I do, and I demand that my players do." - Vince Lombardi 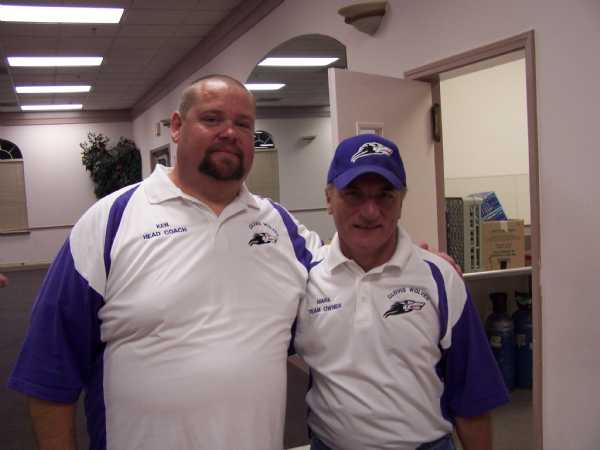 Head Coach Ken Blowers has retired from coaching the Clovis Wolves to spend more time with his family. The Wolves team would like to thank him for all of his dedication and hard work and bringing a Championship to the Clovis Wolves. They could not have done it without his leadership. Thanks for all the great memories! Mark
Clovis Wolves Coach Ken Blowers  1st person to go into the CVFL "Wall of Fame" where his name will be recognized for the life of the CVFL.

Congratulations to you Coach Blowers and your family along with the Clovis Wolves organization!!
2007 CVFL CHAMPIONS 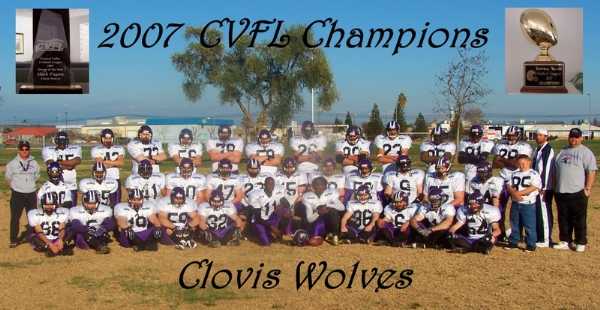 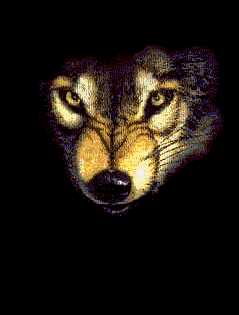