For the past 19 years, Pennsylvania District 28 Baseball has sponsored the John Snyder Memorial Big League (15-18 year old) Baseball Tournament. In honor of John's memory, USABLE and Frazier Baseball will assist the Del Val Tournament Baseball Association to both continue and expand this annual event. Sadly Little League has dropped the Big League Division this year. Our new relationship with Frazier Baseball is going to bring new energy and importance to our tournament, which will continue to benefit both the Delaware and Philadelphia Ronald McDonald Houses.

As a result of the generosity of the umpires who continue to volunteer their time to this tournament, along with other sponsors, the Snyder Tournament has raised over $100,000 during the past 19 years. This past fall, the Philadelphia and Delaware Houses each received $3,000 donations from our most recent proceeds.  This amount enables each house to provide free housing to families for 200 overnight stays ($15 cost per night).

This year West Chester University's Serpico Field will be the main venue for each Tournament flight of games.  Serpico has been hosting the Championship games for the past 15 years. This year, each team entered will play two of three preliminary games at Serpico.

The John Snyder honors the memory of a young man who played baseball in District 28 and at West Chester East High School. He went on to earn a Chemical Engineering degree from West Virginia University. Shortly after graduation, he was diagnosed with a rare form of stomach cancer and he passed away at the age of 27. Our desire it to make this tournament a lasting tribute to John by providing support to families who are going through medical crisis with their children.

The newly formed Delaware Valley Baseball Tournament Association is extremely pleased to introduce USABL and Frazier Baseball to this area. It is especially exciting that the Snyder Tournaments have been recognized as official qualifiers for the Frazier World Series. These finals will be held at the BlueClaws Stadium in Toms River, NJ on August 12 and 13.  Please contact Mike Robinson to indicate your interest in entering either Snyder Tournament field. Entry fee is $600 for a three game minimum.

This is the Home of Delaware Valley 18U Tournament Baseball!

At the conclusion of the 2016 spring season, Little League International announced that its Big League division would be eliminated in 2017. Although the Del Val Baseball Association has been affiliated with Little League for many years, our teams have competed against non-Little League programs in tournaments and this organization continues to be dedicated to providing 18U players a competitive and fun baseball opportunity in the future. More than a dozen leagues from Pennsylvania and Delaware competed in the spring and fall of 2016 and it is anticipated that most leagues will continue to offer an 18U baseball option to complement their Little League program.

Currently, the Del Val Tournament Baseball Association leadership committee is exploring chartering options for our organization and member leagues, but our goal remains: to provide a well-organized and coordinated 18U baseball program for teams from across the Delaware Valley, thus enhancing the experience for all players, managers and participating organizations.

This website is intended to be the hub for all information related to our 18U Baseball program in Southeastern Pennsylvania and Northern Delaware and it is our hope that the website makes it easier to schedule and track opportunities and results in the upcoming season.

High-quality baseball has been played in this program for many years. This website helps all participants to better appreciate how dynamic and diverse Little League's Big League baseball is in this area.  Our goal is to offer nothing short of the best baseball experience and best baseball value in this region. Our 2017 program will be designed to meet and challenge all levels of talent with regular season games and multiple tournament opportunities beginning in May and concluding in October.  Delaware Valley 18U Baseball Association understands that there are many 18U baseball options today: School/College, Legion, AAU, Travel -- and most of these come with a hefty price-tag. Our goal is to deliver a competitive, high-quality baseball experience for a reasonable fee.

Delaware Valley Tournament Baseball Association is intended as a unifying name that describes our program in this region and we collectively aspire to be an outstanding educational-athletic organization that provides a high-quality experience, in which every athlete:

Delaware Valley Tournament Baseball Association recognizes that it is our coaches who most directly make this possible. All coaches will be provided with the tools and resources to have a successful season while preparing players for the next level of play. This Association is committed to creating a culture in which coaches, parents, fans, umpires and athletes work together to achieve this mission.

All participants in our program are expected to abide by the Little League Code of Conduct and all volunteers will be subject to approved background screening checks.

Delaware Valley Tournament Baseball Association encourages all players to continue to pursue their passion for baseball. That's why our program exists for young men who are 18 and under and it is why this website will provide information, perspective and even online links to college baseball recruiting information.

There's no better time of year to play baseball than the Fall -- at least here in the Delaware Valley.  The Del Val Baseball Association goal is to sponsor tournaments that are competitive and fun, without the added expense associated with travel ball tournaments.  Thanks to coaches and umpires who helped make the fall season a success. 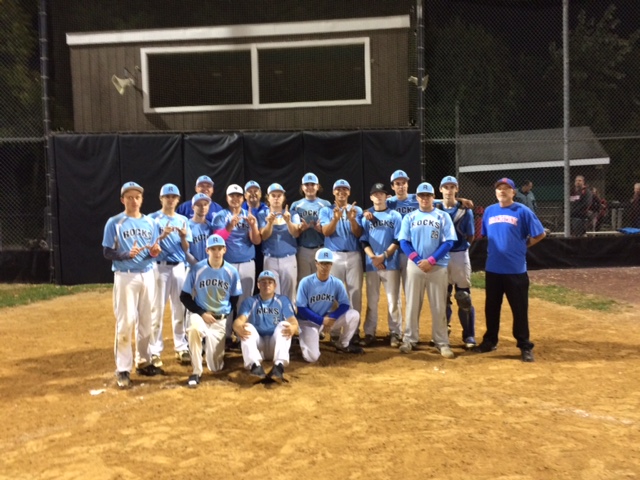 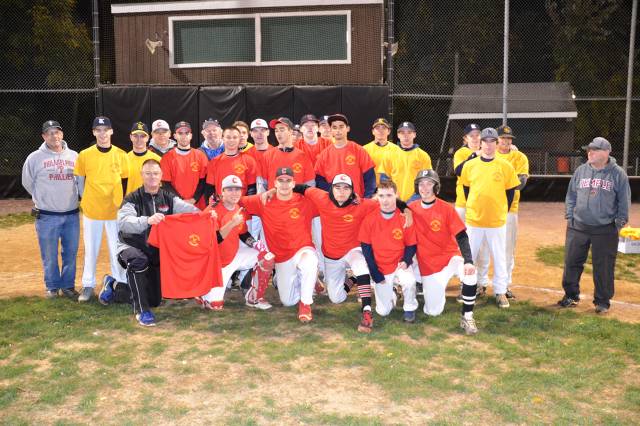 OUR HISTORY: Big League Baseball's Deep Roots and History Across the Delaware Valley

In 1972, the Optimist Little League of West Chester (East Side Little League) organized a ‘Big League’ baseball program for 16 to 18 year old players from Chester County.  Bernie Zaber from East Side LL was the League’s first Director.  He held this position for the 1972 and 1973 Seasons.  All available players in the Chester County Area were put into a ‘pool’ and teams were drafted.  The player registration fee in 1972 was $7.00. This program was operated by East Side from 1972 until 1975 when it was abandoned due to a number of administrative and organizational issues.  There was no 16 to 18 year old baseball program between 1976 and 1980.

Prior to 1995, District 28 was part of Pennsylvania Section 4, which represented the eastern quarter of the State.  With 1995 tournament play, Section 5, which represents the Southeastern portion of Pennsylvania, was formed.  PA Section 5 consisted of Districts 19 (Delaware Co.), 21 (Northern Bucks County), 22 (Montgomery County & Northern Philadelphia Area), 23, 27, 28, and 30 (Southern Bucks County) which was split from District 21 in 1997.  In 2007, Pennsylvania’s Big League organization changed again to accommodate additional growth.  District 28 is now part of Section 7 (South-central Pennsylvania).

Throughout these periods of change, local Big League baseball continues to flourish.

Pennsylvania District 28 Big League Baseball is proud to have had thousands of young men participate in this program over the years.  The Little League motto of Courage, Character, and Loyalty is alive and well in Delaware Valley Big league!