This Week in Falcons Baseball

This week the Falcons will be practicing MON - FRI at Frank Tack Park in Clearwater from 3-5pm. Tuesday night, there's a mandatory Player/Parent meeting at the Dunedin High School cafeteria starting at 7:30pm. Saturday will be Captain's Cardio day and Sunday will be OFF.  Our only Red/White Scrimmage will take place one week from this Friday night on Feb. 7th at Frank Tack Park. Start time is 7pm.

2020 Schedule is Revised and Online!

The Dunedin Falcons have had to make some late changes to the 2020 schedule. You can view the revised schedule on this site by clicking on "schedules" in the main menu. There will be only one Red/White scrimmage this year. That will take place at Frank Tack Park on Friday night, Feb. 7th at 7pm. The official Preseason will once again take place at Calvary Christian. The Falcons will face both Calvary and Mitchell.

The regular season opens on Monday, February 17th when Dunedin travels to Seminole for the annual Steve Georgiadis Memorial Tournament. The Falcons will again face the Mitchell Mustangs in the opening round. The month of March will feature 4 of Dunedin's 6 home games at the newly renovated TD Ballpark, formerly Dunedin Stadium. Please note the start time for these games is 6:30. Dunedin will also hit the road during spring break for the Florida High School Invitational. The Falcons will play 4 games over spring break including a game at the legendary, Sanford Memorial Stadium.

April will host the 51st Annual Dunedin Spring Baseball Classic. This is the longest running high school tournament in the state.  Due to ongoing construction at the Blue Jays Englebert complex, Frank Tack Park in Clearwater will be the official tournament site.

The Falcons will end the regular season with another trip to Spectrum Field for "Senior Day" when Dunedin will host Northeast on Saturday, April 25th. Game time will be 11am. The post season will begin with the district tournament on Monday, April 27th at Anclote High School. Thanks for supporting the Falcons!

Once again this year, the Dunedin Falcons baseball team will be present for Greater Dunedin Little League Opening Ceremonies on Saturday, February 15th at 10am. The varsity team will be on hand to wish so many future Falcons good luck as they begin their spring season. Dunedin will open the regular season on Feb. 17th vs. Mitchell at Seminole HS in the Annual Steve Georgiadis Memorial Tournament.

The 2020 Dunedin Falcons will now start home games at TD Ballpark in Dunedin beginning at 6:30pm. There are also some changes to the schedule including the games vs. Countryside and Osceola being moved to AWAY.

In addition to the time change mentioned above, the Falcons had to cancel their home game vs. IMG National. To see the revised 2020 campaign, click on "schedules" in the main menu. 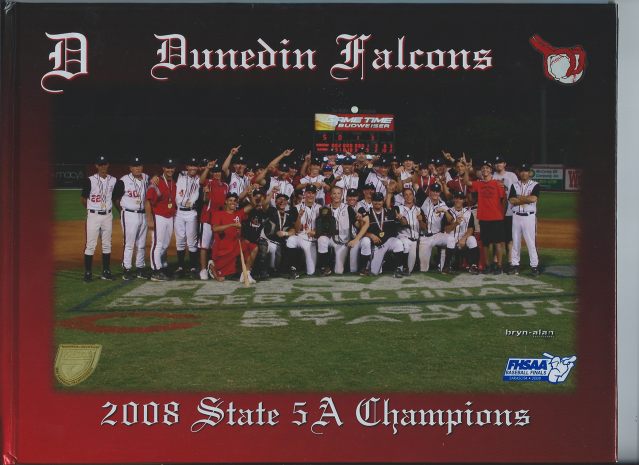