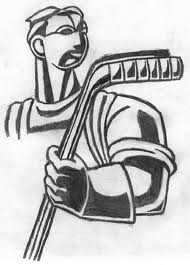 -All players must be registered online before playing

-All players must be signed in on the game sheet

-Regular NHL rules apply, except for the following:

-NO SLAP SHOTS (any slap shot results in defensive zone draw against the team using the slap shot.  Slap shot equals any wind-up above the knees)

-NO TOUCH ICING (Note: players on the shift that iced the puck do not have to stay on the ice after the icing is called)

-PLAYERS MUST PLAY AT LEAST 10 REGULAR SEASON GAMES TO BE ELIGIBLE FOR PLAYOFFS (goalies min. of 3 games, aside from injury/illness with reg. goalie(s) then replacements are permissible if agreed upon by each team. Players and goalies can play for multiple teams, including playoffs (so long as they're playoff eligible))

-FORFEIT FINE OF 200$ (Any team that cancels less than 7 days before the game date, no-shows on game day,  tries to to play without a goalie or less than 5 skaters will be fined $200 and unable to play next game until fine is paid in full)

-MATCH PENALTIES (any player who threatens, physically abuses or threatens to physically abuse an official before, during and/or after any EHMHL game will be automatically issued a match penalty consisting of a minimum 30-day suspension)

-5min, 3 on 3 OVERTIME (if required and time permitting)

EHMHL Rules and Regulations have been updated for 2019/2020 season