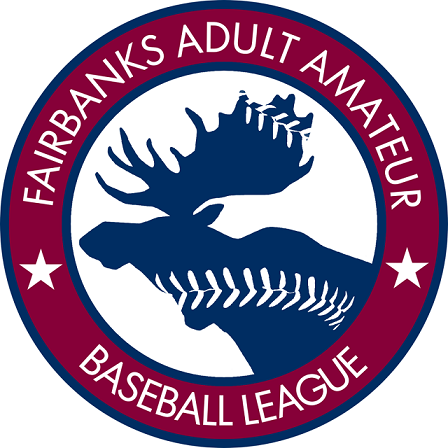 Fairbanks, AK – The HooDoo Brewers are the 2018 Fairbanks Adult Amateur League Champions after an excellent season capped by defeating the Fairbanks Pirates 15-3 on Sunday, August 26th. 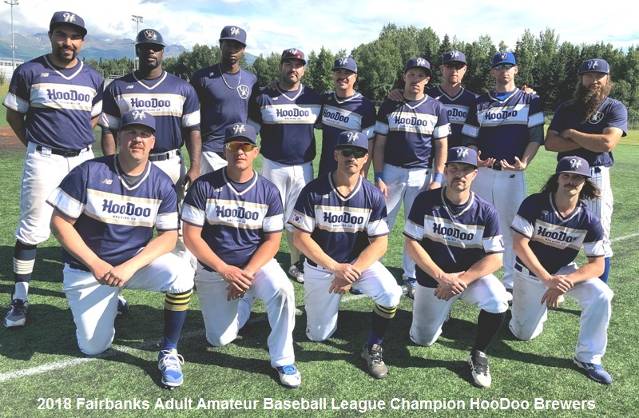 From start to finish, the championship game was haunted by a persistent drizzle over Growden Memorial Park. The field was progressively muddy, but the players trudged on.  After a brilliant four innings the score was tied at three with both teams looking for a breakthrough.  The Pirates right-handed starting pitcher Cody Stauble pitched superbly and held the Brew Crew to only three runs after four innings however he began to unravel in the bottom of the fifth when he allowed six runs.

The rally was highlighted by a bases clearing three run double by left-handed outfielder Travis Moore.  Eventually the Brewers would score fifteen runs upon completion of the game and claim the title. Right handed pitcher Steve Shaver managed to limit the Pirates offense to a mere three runs after tossing a complete game (seven innings).

2018 proved to be an exceptional year for the HooDoo Brewers. Their season record was 18-4 (.818 winning percentage) and finished in second place for the Alaska State Title on July 15th.  Up next for the FAABL: October 22-26, 2018. Fairbanks will send its best players to represent Alaska in the 25-over Cactus division of the Men’s Senior Baseball League World Series, which is held in Arizona. This will be the first ever Alaskan team in the history of the tournament!