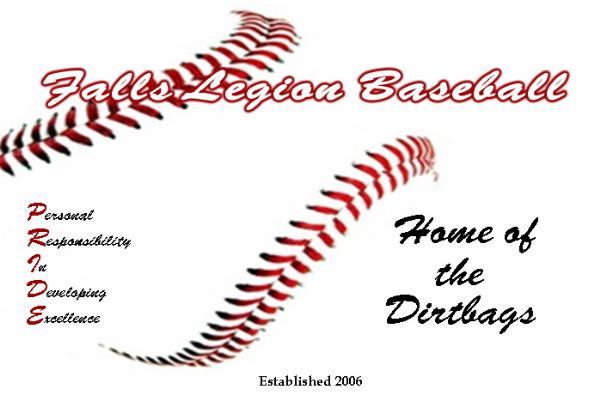 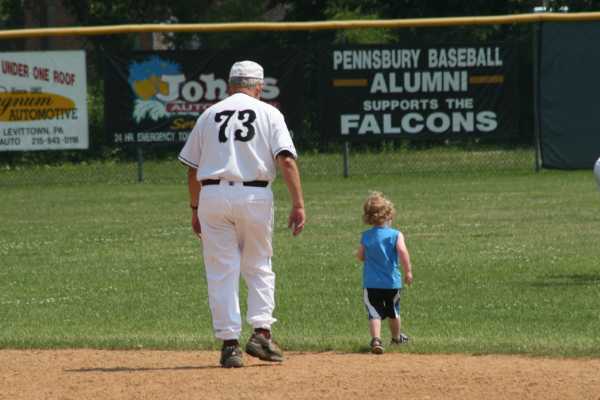 Falls American Legion Baseball lost long time Pitching Coach Bob Marchok when he passed away Saturday June 30th 2012. Bob's influence on the Falls program will never be forgotten. Our success has been shaped by what Bob taught us on and off the baseball field. Thank You Bob for making us Better Players, Better Coaches and most importantly Better People. What you've taught me about Baseball and Life is invaluable, Thank You. RIP #73

Falls American Legion will conduct our Spring Try Outs Sunday May 7th and Sunday May 14th.  Please e-mail us using the Contact Info link on the left for Times and Locations.  Thank You.

Falls Post 834 is proud to represent Lower Bucks County Legion Baseball in the 2013 Region 3 Tournament as not only the Host but the League Champion.  Please see the link below for a video and story about the Dirtbags 13-3 victory over Bristol to secure the Playoff Championship.

Falls Post 834 is proud to represent Lower Bucks Co. Ameican Legion in the Region 3 Tournament begining July 26th 2008. Use the links below to view the Bucks County Courier Times article for details of Falls Championship as well a photo gallery of the final game from Courier Times Now.