Hayward United opened their season with two tough losses this Sunday. The Pack dropped the first game to Eau Claire Bateaux, last year's league runners up in tough fashion, giving up the losing goal in the 87th minute. Newcomer Carson Gorecki scored the Wolfpack's lone goal off a penalty kick in the 61st minute. Cole Bergman finished with 9 saves.

The Pack then played Turbo Sports FC immediately following the first game. Although the game was quite competitive, the Minneapolis club's speed mixed with Hayward's heavy legs spelled disaster for the Pack, dropping the game 4-1. Gorecki scored his second goal of the day, with Ethan Wolfe getting the assist. Bergman finished with 12 saves.

"It was nice to get back on the field. These were preseason friendlies so we rolled through our entire team and got everyone playing time. Those are two tough teams to open the season against but I was proud of how the guys played, especially with two games back to back like that. It was a good day of soccer and we look forward to keep preparing for league play on the 28th. We had a really good turnout as well, our team was really appreciative of the fans who came out. Might have been the biggest crowd we've had since we started playing back in 2018." - Manager Kaden Bergman

The Wolfpack will have two more preseason games on Sunday, June 21st against Green Machine SC (Duluth) and FC Midnimo (Barron) at 11am and 2:30pm respectively. Games will continue to be played at the Hayward Soccer Complex, located north of town on HWY 63 across from the KOA.

Hayward United will open the season at home on Sunday, June 14th against two tough opponents.

The Pack will then take on Turbo Sports FC, a UPSL team out of Minneapolis, at 6pm. The UPSL is a high-level national league and considered the 5th tier of soccer in the United States, one level above the WPASL and other regional leagues. This will be the Wolfpack's first game against an UPSL opponent.

All games will be played at the Hayward Sports Complex, located north of Hayward on US Hwy 63 across from the KOA.

Fans will be allowed to attend, but we ask that they respect the 6 foot distancing previously implemented by our government.  Alcohol is permitted (but not sold) and concessions will have non-alcoholic beverages and chocolates.

Come on out and support the Pack!

The Wisconsin Primary Amateur Soccer League (WPASL) is pleased to announce that it will begin the 2020 season on Sunday, June 28th.

After gaining clearance from US Soccer, US Adult Soccer Association (USASA), Wisconsin Soccer Leagues (WSL) and local county governments, the league feels that the current environment is stable enough to safely return to play with proper guidelines in place.

Unfortunately, newcomers Ashland Armada FC and Duluth FC Academy will not be able to participate in the 2020 season, but will look to remain in the league for 2021.

A 10 game schedule will be played, with each team playing a home/away series with the other five league members. There will not be playoffs this year in order to limit gathering sizes at league events. Instead, the top placed team will be announced the champion upon conclusion of the season on August 24th.

“We wanted to provide teams and players the opportunity to play in a safe, competitive environment. We were glad to have gained clearance from all of the proper governing bodies and are excited to get back on the field.”

All participating teams will be required to follow the Return to Play Guidelines provided by USASA.

Hayward United will open up WPASL play at home against Lobos FC at 2pm.

The 2019 season saw some exciting finishes with Barron Soccer Team taking the title. This year, the league has expanded, adding some highly prestigious clubs. With a new format this season, each team will play a 14 game home/away series with every opponent, with the top team earning the 2020 Primary Cup. The 2020 season should bring a lot of the same excitement with league managers predicting another tight race for the Primary Cup.

2020 WPASL Preseason Rankings (as voted on by team managers)

The Wisconsin Primary Amateur Soccer League (WPASL) is proud to announce that Hayward United SC will be returning to the league for the 2020 season.

“The Pack is ready for a new season in the WPASL. We finished a little lower than we had hoped, but we look to bring a deeper roster and will fight to get success in this always competitive league”

Hayward United SC was founded in 2016. After playing local friendlies under the name Hayward Scorpions, the team joined with local youth club Hayward United. The Wolfpack played their 2018 season in the DASL, finishing 6th, before joining the WPASL for their inaugural season. The Wolfpack finished 4th place in the league standings, and lost both playoff games to confirm their 4th place spot.

Home games for Hayward United SC will be played at the Hayward Sports Complex, located north of Hayward on HWY 63 across from the KOA. The Wolfpack are managed by Kaden Bergman.

Protagonist Soccer has written up an article about our club. It includes our club's history, a look into our current year, and our goals for the future!

Check out the link here: https://www.protagonistsoccer.com/spotlight/hayward-united

Here is a link to the new article regarding our new league: https://www.protagonistsoccer.com/features/wpasl  A huge thanks to Dominic Bisogno and Protagonist Soccer for the amazing article! Very excited to get things started! 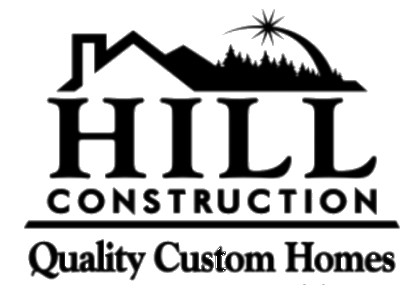