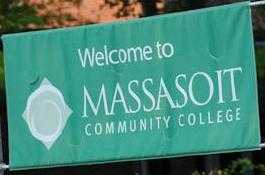 Hello all. We've been working to finalize the standings spreadsheet; since we're doing a different format, there's more work involved and Rob and I have been trying to have it make sense to everyone, especially ourselves!

As we mentioned, we're doing a modified 'Kings of the Court' format with groups of 2 or 3 people mixing and matching every week. Each group gets a point for each game they win; however if a specific person from the group isn't involved in the win, they don't get the point for that win. For instance, since Rob was missing from week 2, he gets no credit for his group's wins. We thought about giving subs credit for play outside their group, but there's too much work involved so we decided not to track that.

As always, the primary goal is to have fun; we hope everyone enjoys this season while it lasts, which unfortunately isn't that long. There is no playoff night, the standings at the end of play November 15 will determine the Kings and/or Queens of the court!

After November 15, we will be on hiatus until early January due to holidays and gym conflicts.

If you have any questions please feel free to ask. Thanks!

The league documents - schedule/scores/standings, teams, sub list, rules - can be found and downloaded from the Handouts menu on the left.
We are also using the website's similar menus: Calendar, Teams/Rosters, Schedules, Standings and Game Results.
To view your team's info on the website without needing to download, find the category on the left and then choose your team from the dropdown list.
In case of any data discrepancies, the downloadable documents in the Handouts area should be viewed as more reliable.

The league consists of 10 weeks of play, plus a championship play-off week. Players should have experience beyond recreational volleyball, and a solid understanding of the rules. Net violations, carries, double-hits, and other infractions will be enforced. Expect consistent, highly competitive bump, set and spike action with hard-hitting. Each week, three one-hour matches will be played beginning at 7:00pm. Players will be responsible for officiating matches in which their team is not playing. Matches will be played every Thursday evening, except for gym closures. Please contact Dave Cote for more league information.

For all of your sporting goods needs, please visit Al Mirabile at AE Sports in Abington.

This site and its content are in no way affiliated with Massasoit Community College. The site is strictly informational, and is intended solely for members and other interested parties related to the volleyball league described herein.