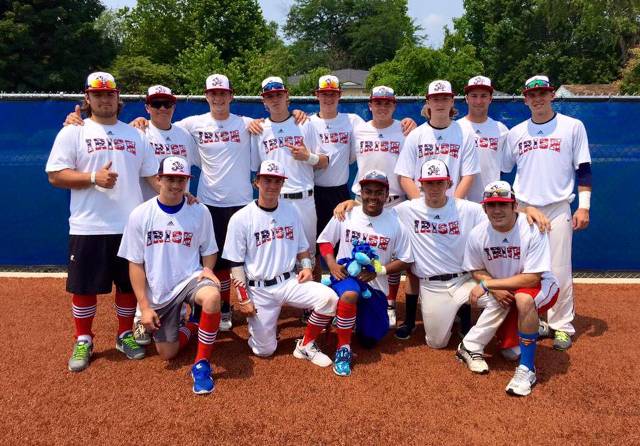 Those interested in playing for the Irish at the 16U- 18U level in 2019 contact via email President Shane Brogan at shane.brogan@comcast.net

Midwest Irish Baseball began in 2008 as South Side Irish Baseball at the 11U level under current Manager/President Shane Brogan. This team had a tremendous run winning over 200 games in three years and over 10 tournament championships capped off by the USA National Championship in 2011 over Nebraska.  By 2009 the program grew to three teams under the leadership of Garrett and Joe Prenovost from Robert Morris College. The Irish continued the program through 2011. Coach Brogan then moved on to other baseball programs spending time working as an assistant at various levels. He made a decision to return the Program as Midwest Irish Baseball in 2013. Coach Brogan has been coaching now for 23 years and has been very fortunate to have spent this time learning from a large group of very well respected and talented coaches. He has spent time in both Chicago and Northwest Indiana throughout his career. He spends the high school season working as a coach at Andrean High School leading all the underclassmen and serving as the Head Junior Varsity Coach. Andrean has now won 6 State Championships in the last 12 years Including back to back in 2014-2015 where many of of players went on to play there summer seasons for the Irish. Listed below are former or current Irish players and there schools they will continue both there academic and athletic careers. Currently we have 91 players playing in college, and 4 MLB Draft Picks

The simple goal of the program is to provide an opportunity for baseball players who are looking to pursue a college baseball career. We will provide that through exposure, coaching, and continued hard work both on and off the field. Coach Brogan has only one interest in mind and that is helping the young men develop as baseball players and quality young men, at the game he is so passionate about.

Congratulations to our 81 college and Pro Alumni